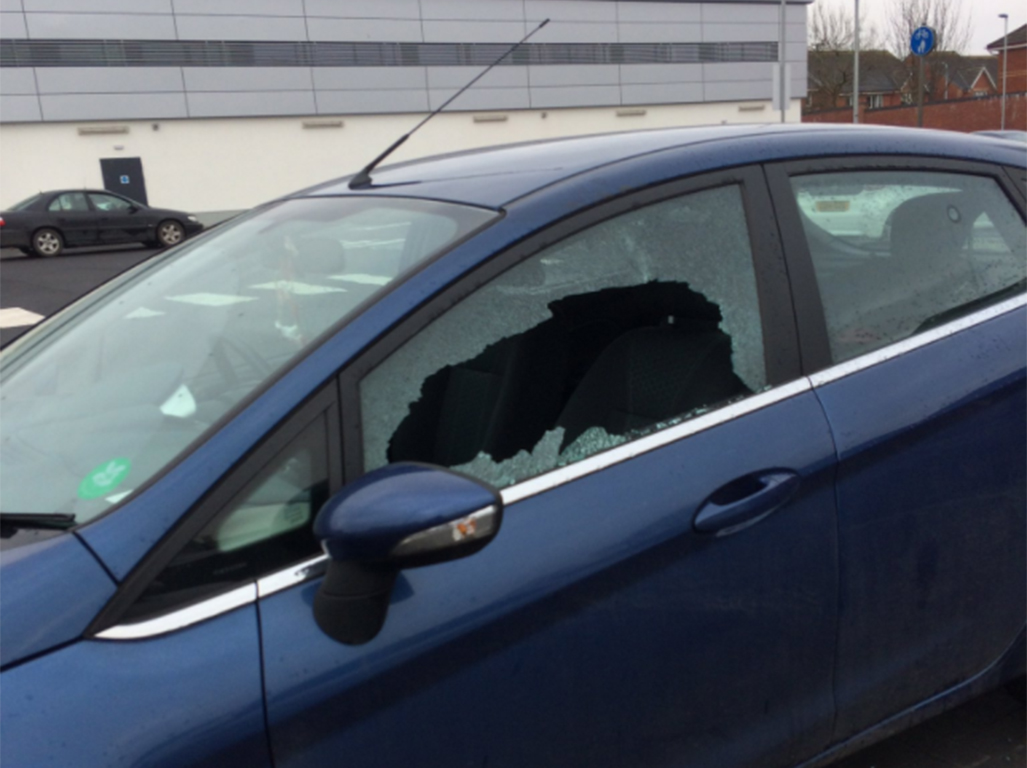 POLICE have reported a high level of smash-and-grab thefts from cars parked in Splott, with a large number on rugby international days.

Visitors to the area have fallen victim to thefts when parking in Splott and walking into town to watch the Six Nations.

Most of the thefts have taken place in car parks, including the one at Lidl on East Tyndall Street, the Mambo Play Centre off Ocean Way and the India Centre, on Sanquhar Street behind Lidl.

In February, 12 thefts from vehicles were recorded from Lidl’s car park, and four in January, prompting the supermarket to install external CCTV cameras.

Sian Regan, 34, who lives on Carlisle Street in Splott with her husband and young daughter, had her car broken into last Friday, on the morning of the Wales vs Ireland game, while she was shopping at Lidl.

Mrs Regan said: “I was just dropping into Lidl on my way back from somewhere else. It was about quarter past nine in the morning. I was about five or ten minutes. I just had a couple of things to get.

“I opened the door and I thought there was ice all over my car before I realised the front passenger window had been smashed and a bag I had left on the front seat had been taken, which just had my house keys and an umbrella in it.

“I am going to try and get into more of a habit of taking everything out and just be a bit more careful about it.

“I am more reluctant to shop in Lidl now to be honest, knowing how often it has happened.” The new Lidl store only opened its doors last December, but has already become a hotspot for carpark smash and grabs

Lidl’s recently-installed CCTV failed to record the theft from Mrs Regan’s car, as it was parked in a blind spot.

“I spoke to the police today and they can’t see anything,” Mrs Regan said. “They said the CCTV doesn’t cover that bit of the car park although they have previously spoken to Lidl about it.”

South Wales Police said: “Splott is currently experiencing a high number of car break-ins. Many residents are being affected but also visitors to Splott in various car parks. This has been particularly evident on rugby international days.

“Residents and visitors are encouraged to remove all belongings (not just high value) to deter criminals.

“Laptops, mobile phones and handbags have all been stolen in recent weeks. Thieves are smashing car windows and operating on bikes allowing them to make quick getaways.

“Please can the public take a few seconds to ensure nothing is left inside their car — thieves don’t know the value of your property until they are inside the car.”

The police have a DNA match for a suspect who may have committed two of the offences in Lidl, and eyewitnesses have described youths on bikes as being responsible.

Police have increased patrols in the area, and officers are working with Lidl to try to curb the spate of thefts.

Inspector Lyndon Jones said: “We have increased patrols in the area and an investigation is underway to identify those responsible.

“They are targeting vehicles with property left on display because they are easy targets.