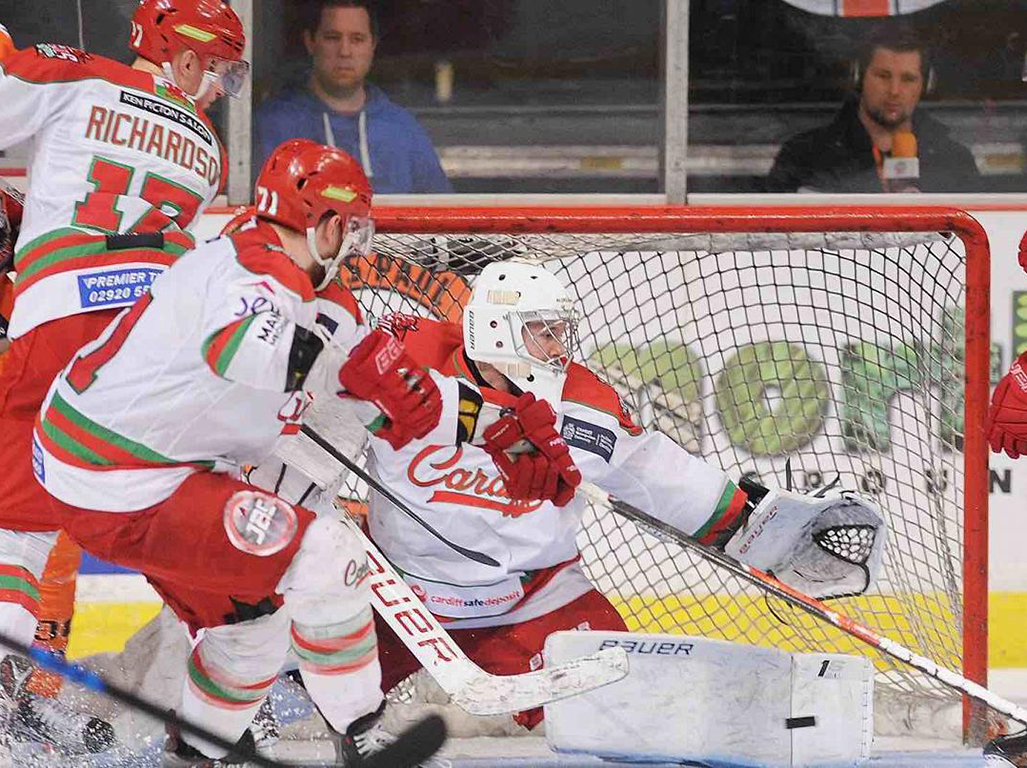 Ahead of this weekend’s matches, our ice hockey correspondent Alexander Brock takes a look at whether the Devils’ road to their first ever league title will be as smooth as previously hoped. AS the Cardiff Devils lifted their third Challenge Cup to the roar of thousands of fans earlier this month, it seemed that the team were almost unstoppable.

The Challenge Cup final, a tense and thrilling match that saw the Devils come from behind to win 3-2 against the Sheffield Steelers, was a highlight of an already brilliant season for the Devils.

In addition, after an exhilarating couple of months, the Devils have found themselves on the verge of another historic moment for the team.

With their third Challenge Cup in the bag, they are also, for the first time ever, just two wins away from winning the Elite League title, which they are leading with 75 points.

With four games left of the season, it would be fair to argue that their league title should be pretty much assured. However, it’s not quite as simple as that.

The Devils’ confidence was rather shaken last weekend after a surprising 6-2 defeat at the hands of their old Challenge Cup rivals – the Steelers. The Steelers fire the puck into the Devils’ net during their latest match.

In the opening period of the game, it appeared the two teams were setting the stage for a close match. However, in the following two periods, the Steelers went on to dominate and gain a 4 goal lead over the humbled Devils.

This shock result has prompted concerns the team are getting complacent, most notably from player-coach Andrew Lord.

After last Sunday’s match, Lord expressed disappointment that the team didn’t perform as well as it should have.

“They obviously had a game plan to get under our skin and we didn’t handle that as well as we normally do. We’ll obviously address that this week.

Perhaps complacently is not completely to blame here. It’s possible certain factors- such as goalkeeper Ben Bowns’ injury during the game – threw the team of and allowed the Steelers to build a lead. Devils’ Ben Bowns was injured after Andrew Hotham fell on him after being pushed.

Nevertheless, the Steelers’ defeat suggests the Devils’ road to victory won’t be quite as smooth as they might have previously hoped.

This weekend, the Devils will clash with the Fife Flyers and the Sheffield Steelers once more, and will be hoping for two wins to secure their league title. However, last weekend’s result shows it’s possible for the Steelers to dismantle Cardiff completely.

If Cardiff fail to confirm their league victory this weekend, it will all come down to their last two matches against the Belfast Giants the following Saturday and Sunday.

This is not a position the Devils want to be in- the Giants are just five points behind in the league table and are the Devils’ nearest rivals.

Not only that but the Giants have been performing exceptionally well lately. In particular, they have won their last five games and thrashed the Nottingham Panthers twice last weekend.

If the Devils aren’t careful, the Giants could sneak to the top of the league table in the final weekend, which would be a bitter ending for what’s been a sensational season for Cardiff.

As such, the Devils cannot get complacent and must re-focus for this weekend’s matches, which will be critical in deciding the future of the team’s league hopes.

As Andrew Lord said: “We have to battle more than ever”.