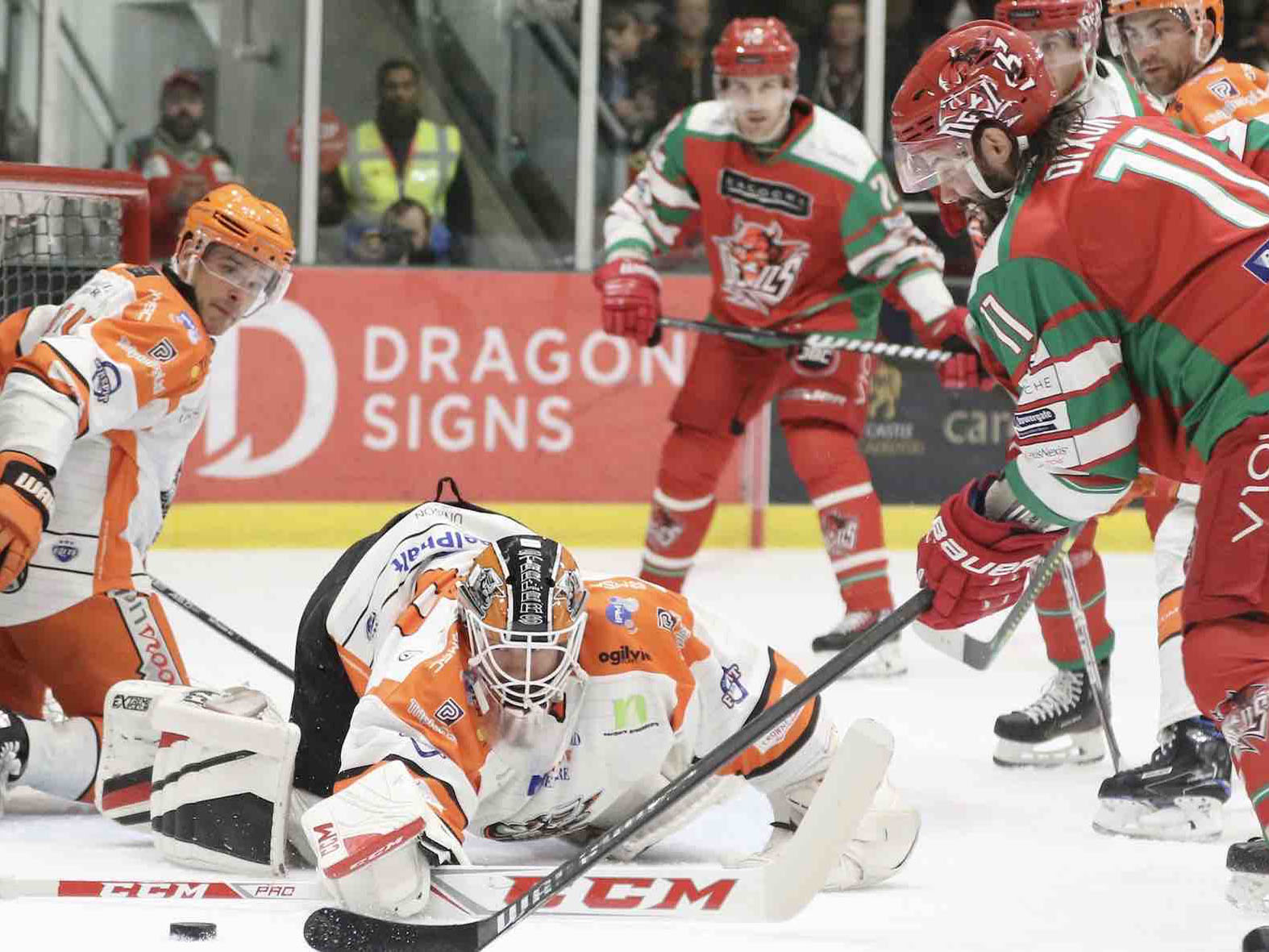 CARDIFF Devils are hoping to take the first step towards an impressive league and cup double as they take on Sheffield Steelers in the Challenge Cup final this weekend.

Andrew Lord’s side are three-time champions in the competition, beating the Steelers in the 2014-15 and 2016-17 finals, while they have reached the final on four other occasions.

Both teams are also fighting out at the top of the Elite League, with the Devils trailing the South Yorkshire outfit by a single point, but with three games in hand.

They meet at the Viola Arena tonight for a crucial clash in the Devils’ end-of-season run-in, before competing the final at the same venue on Sunday.

Former Devils player and coach Neil Francis – who now works as the club’s director of corporate development – says the final is impossible to call, but remains hopeful of a win for the Welsh side.

“It’s the league’s top two teams going head to head, and there’s always been a massive rivalry between us and Sheffield,” he said.

“This has been the most unpredictable season in a long time, so anyone can beat anyone. It’s certainly been one of our more inconsistent years, putting in amazing performances one week before losing a game that we should won the next.

“So it’s wide open really, and it’s tough to be really optimistic, but if we get a hold on the game, we’ve got a very good chance.”

Despite being fierce rivals, Francis is full of respect for the Steelers, who are chasing their fifth Challenge Cup and sixth Elite League title after a disappointing few seasons.

“Sheffield didn’t have the best of years, but it’s really good to see them back,” he said. “I think a strong Steelers side is healthy for the league as a whole.

“Their new coach Aaron Fox has done tremendously well to spot the weaknesses in the team he inherited and recruit well off the back of that – they’re a really strong side right now.

Sheffield have the best scoring record in the league, netting 208 goals – 35 more than any other team – and Francis is wary of their attacking prowess.

“They’re a big offensive machine – their scoring numbers are miles above anyone else,” he said.

“What we need to do is keep possession, and put the game in our hands. If they have lots of possession, they’re sure to punish us.

“As always, we need to put in a complete performance – we can’t rest on a lead, we need to always be prepared for whatever they throw at us.”

It hasn’t been an easy route to the final for the Devils, who lost twice to both Coventry Blaze and Guildford Flames in the group stage.

An impressive 5-0 aggregate win over holders Belfast Giants in the quarter-finals got their campaign back on track, before a hectic 9-8 victory over two legs against the Nottingham Panthers in the semis set up Sunday’s final.

“In the group stages, we threw games away, but luckily we got through it,” said Francis.

“From there, we faced some really good teams and showed our strength of character – we really stepped up to the plate and made amends for our earlier losses with some clinical performances.”

Devils fans will be hoping that Challenge Cup glory will gear Lord’s side up for a successful run-in, with nine games of the league season remaining.

With three games in hand, Cardiff are breathing down the Steelers’ necks, but must negotiate some potentially sticky fixtures if they are to get their hands on the trophy again.

The Devils travel to third-placed Nottingham in a fortnight, before facing a formidable final weekend in which they take on the Giants and the Steelers once again.

While Francis admits that the team could have done better earlier in the season, he is happy with where they currently stand.

“We’ve performed well enough to put our fate in our own hands, and you can’t ask for more than that,” he said. “Any team would love to be in our position.

“Every other result we’ve had so far is not important – it’s all about the next nine.

“The final weekend is going to be tough, though I hope we’ll have wrapped the title by then.

“But every single one of them is important – regardless of the team, it’s all about taking two points at a time and winning back the title that we came so close to retaining last year.”