Home > Sport > Ice Hockey > Is this our moment? Devils could seal league title this weekend

Is this our moment? Devils could seal league title this weekend 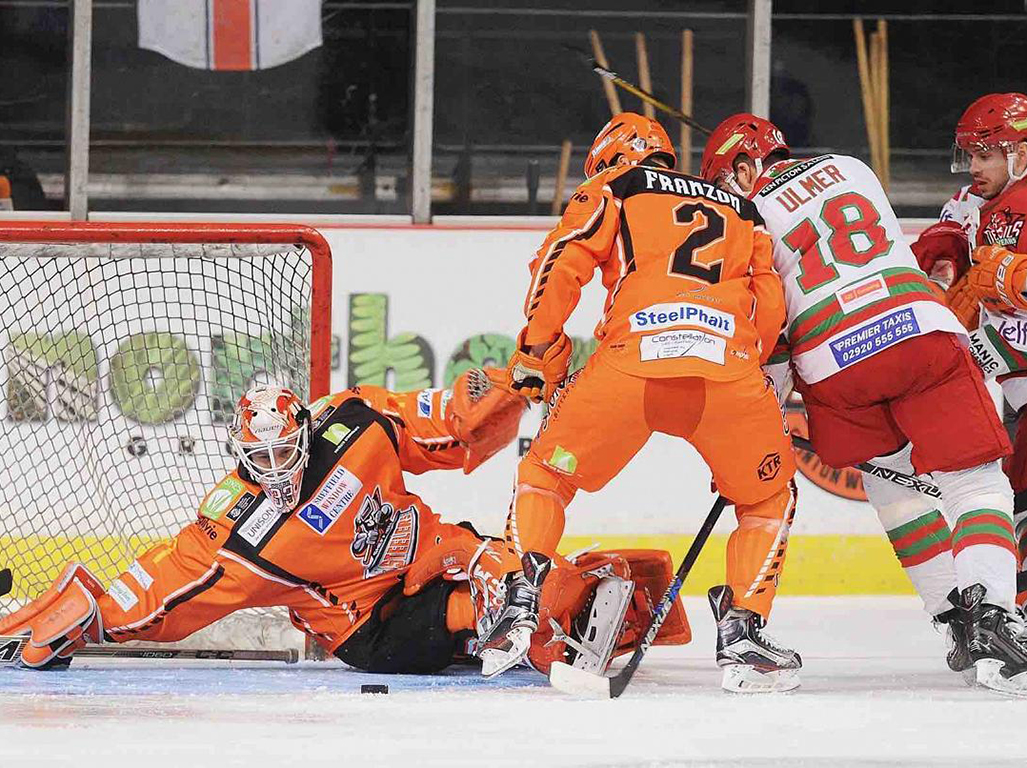 CARDIFF Devils are just two wins away from their first ever league victory — and they could come this weekend.

The Devils will be battling both their Challenge Cup rivals the Sheffield Steelers and the Fife Flyers on Saturday and Sunday respectively. The Devils celebrate their victory over the Dundee Stars.

They are currently heading the table with 75 points, five ahead of second-placed Belfast Giants. It would be the first time in their team’s history that they win the league title.

Their first game this weekend will be an away game against the Sheffield Steelers on Saturday, who they triumphed over 3-2 in the Challenge Cup final on March 5.

However, last weekend the Steelers got their revenge after dominating Cardiff 6-2 on Sunday.

Speaking after the match, Devils’ player-coach Andrew Lord said the team got complacent in their latest match against Sheffield. The Devils will clash with old rivals Sheffield Steelers once more at the weekend.

As such, a win against the Steelers is not as certain as Devils’ fans would hope for.

Their next game is against the Fife Flyers on Sunday, a team they have faced only three times before in the season. Out of those three games, the Devils won twice.

If the Devils fail to confirm their league title this weekend however, it will all come down to the following weekend which will see Cardiff play against the Belfast Giants twice.

The Giants are not only second place in the league but are also a formidable opponent for the Devils. The two teams clashed in the Challenge Cup, with each team earning a win against the other in the two rounds of the semi-final.

This weekend then will be an indicator of whether Cardiff will confidently secure their first league title or whether it will come down to a tense and dramatic clash between Devils and Giants.