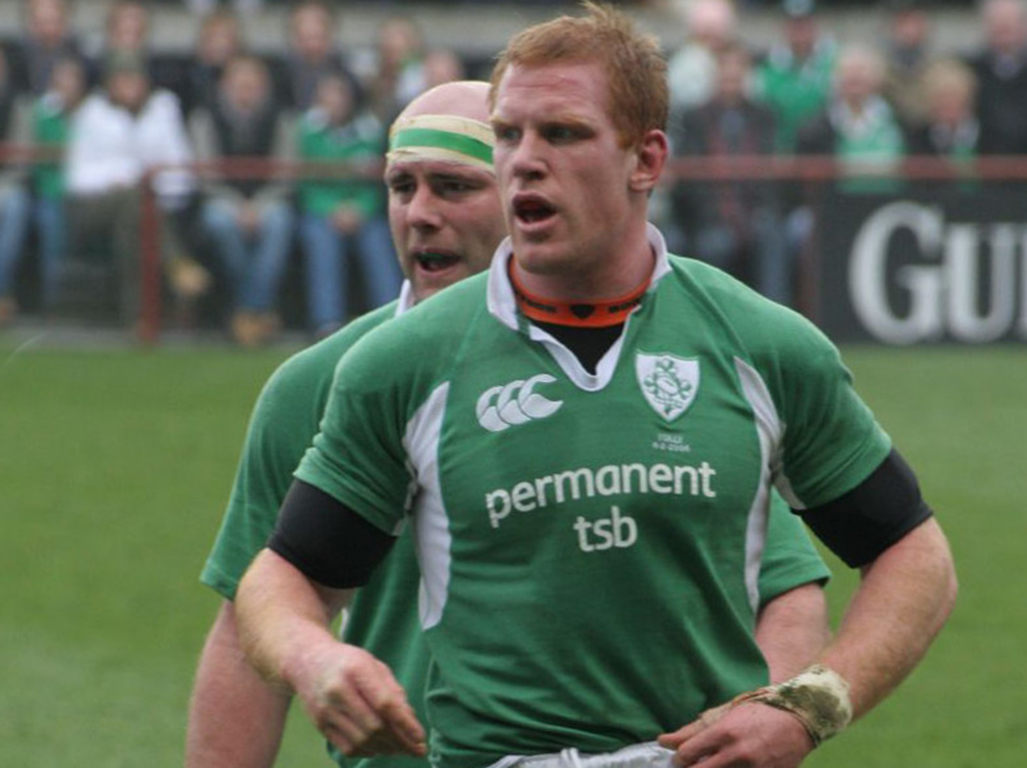 WITH the final day of the 2017 Six Nations approaching, we’ve trawled through the history books to bring you the five best finales from down the years.

THE finale to end all finales. The 2015 Super Saturday made fans who had become disillusioned with the robotic nature of professional rugby fall in love with the sport again. Ireland, England, Wales and France all went into the final day with a chance of winning the title. While France were reliant on beating England at Twickenham and Wales and Ireland losing to Italy and Scotland respectively, the other three sides were level on six points after four rounds, and the equation was simple.

Wales, up first in Rome and with a points difference of +12 compared to England’s +37 and Ireland’s +33, had to run riot and set a target for Ireland and England to catch.

A half-time score of 14-13 to Wales suggested they were out of the running — or so we thought. In a second-half of exhilarating rugby, Wales ran in seven tries to secure a 61-20 victory. They would come to rue Gareth Davies’ knock-on when no Italian could have stopped him scoring, immediately after which Leonardo Sarto went downfield to score — a 14-point swing for Warren Gatland’s men.

Ireland now knew they had to win by 21 points if they were to stand any chance of taking home the trophy. They surpassed their target, beating Scotland 40-10 at Murrayfield.

And so to Twickenham, where England had to topple France (now out of the running) by 26 points or more. Twelve tries were scored in all, but England’s 55-35 win was not quite enough, though with a line-out on the French five-metre line in the 80th minute they had one final chance to pull off an unlikely victory. (France won a penalty at the resulting maul before briefly entertaining the idea of trying to score from behind their own posts — surely the most French thing ever to happen?)

Neutrals marvelled at three of the most entertaining matches of the professional era. Ireland retained their title, and stalwart Paul O’Connell bowed out of the Six Nations as a champion. Paul O’Connell was forced to retire in early 2016 due an injury suffered at the 2015 RWC (Credit: Eoin Mulvey)

IN terms of tries scored (37), the 2013 Six Nations was a bore-fest. But on the final Saturday, the tournament had one of its most astonishing results when Grand Slam-chasing England travelled to Cardiff to face Wales.

Italy had beaten Ireland 22-15 in the day’s early kick-off — their first (and currently only) win over the Irish in the Six Nations. Their second win of the tournament meant that Italy would finish fourth, one place above Ireland, representing their best performance since being admitted in 2000.

At 5pm, attentions turned to the Millennium Stadium. England, who had dispatched world champions New Zealand four months previously, were seeking a first Grand Slam since 2003. In keeping with the scarcity of tries during the campaign, they had scored just one five-pointer in the previous three rounds.

Wales however had come into the Six Nations on the back of seven defeats. The run extended to eight when they were embarrassed at home 30-22 by Ireland (it had been 30-3 after 42 minutes — little did anyone know that scoreline would come back to favour Wales).

Three successive wins meant Wales, under interim coach Rob Howley while Warren Gatland prepared for the Lions tour to Australia, could snatch the title from England with a victory by seven points or more.

All looked good for the home side as they led 9-3 at half-time. The atmosphere and noise in the stadium was so great that the band stopped playing the Welsh anthem during the verse as they couldn’t hear each other.

The game was being played out at a ferocious pace, but nobody quite foresaw what would happen in the second-half. Just before the hour-mark, Wales’ dominance meant England could hold on no more. Two tries from Alex Cuthbert allied with a conversion and a drop-goal from Dan Biggar in a devastating 10-minute spell gave Wales a 27-3 lead.

Biggar kicked one final penalty to seal a 30-3 win — Wales’ biggest-ever victory over their rivals, and one that was made sweeter by their having robbed England of a Grand Slam.

The match remains to this day one of the finest performance by the Three Feathers. Alex Cuthbert has been heavily criticised recently, but in 2013 he posed a real attacking threat (Credit: National Assembly for Wales)

FRANCE, Ireland, England and Italy all had a chance of winning the title on the final day. The top three (France, Ireland and England) were level on six points after four matches, though France’s points difference was greater than Ireland’s by four, while England were a further 25 adrift.

In the day’s first fixture, Ireland ran out convincing 51-24 winners in Rome. Ireland scored eight tries in all, but had coughed up possession in search of a ninth with no time left on the clock, allowing Italy to score through Roland de Marigny. Andrea Scanavacca’s conversion rubbed salt into the wounds, and Ireland’s audacity would come back to haunt them.

France then hosted Scotland with a 24-point victory the target. Nikki Walker’s early try for Scotland was quickly forgotten as France ran in five tries between the 29th and 62nd minutes, giving them a 39-14 lead.

However, with four minutes to go prop Euan Murray scored Scotland’s third try. Chris Paterson’s conversion hit the post and France needed to score a sixth try if they were to retain the title (barring a freakishly-large English victory).

With 80 minutes on the clock, back-rower Elvis Vermeulen muscled his way over the line and referee Craig Joubert called for the assistance of the (Irish) TMO. After lengthy deliberation the score was awarded, taking France’s lead beyond 24 points. Lionel Beauxis slotted the extras and France had won 46-19.

A freakishly-large English victory did not materialise as James Hook masterminded Wales (who had yet to register a win) to a 27-18 win in Cardiff. The surprise victory lifted Wales off the base of the table, giving Scotland the wooden spoon in the process. Elvis Vermeulen scored the try that won the title in 2007 (Credit: Blackcat)

THE last Five Nations championship went out with a bang befitting the occasion. The odd number of teams meant that the four rounds were played over five weekends.

On the Saturday, Scotland — the only team who could stop England winning the title — travelled to France, while the following day only Wales could prevent an English Grand Slam at their temporary home ground, Wembley.

Émile Ntamack opened the scoring for France in the early stages before Scotland launched a blistering first-half assault on the home side, scoring five tries and leading 33-19 at the interval.

The second-half was a more frugal affair, with the boot of David Aucagne and Kenny Logan troubling the scorers once apiece, and so Scotland secured a famous 36-22 win — only their second in Paris since 1969.

A defeat for England on the Sunday afternoon would now not only prevent them winning the Grand Slam, they would also lose the title to Scotland.

Dan Luger’s try after two minutes hinted at a long afternoon for Wales, but the boot of Neil Jenkins kept his side in the match. In injury time, England had scored three tries to Wales’ two and led 31-25 when a scrum penalty gave Wales a lineout just outside the England 22.

Garin Jenkins threw the ball to Chris Wyatt who palmed it down to Rob Howley. The scrum-half fed Scott Quinnell who proceeded to drift across the field. Centre Scott Gibbs, jokingly dubbed the fastest prop in the world, ran a superb crash ball line to swerve, jink and step his way past five defenders and over the try-line (a moment memorably called by the incomparable Bill McLaren).

Jenkins, as ever, added the extras and Wales led 32-31. England had time to find a winner, but Mike Catt’s drop-goal attempt came up wide and short, allowing Shane Howarth to kick the ball into touch and secure a famous win.

THERE was only one game played per weekend in the 70s, but the final match in 1973 ensured a unique feat occurred.

Ireland defeated France 6-4 in Dublin thanks to penalties by Tony Ensor and Mike Gibson. If France had won the match, they would have won the trophy.

As it was, all five teams had won two and lost, putting them all level on four points.

At the time, tied teams were not separated by points difference, and so all five sides shared the title — an event that will never happen again.