Why Gatland should resist picking too many Welsh Lions 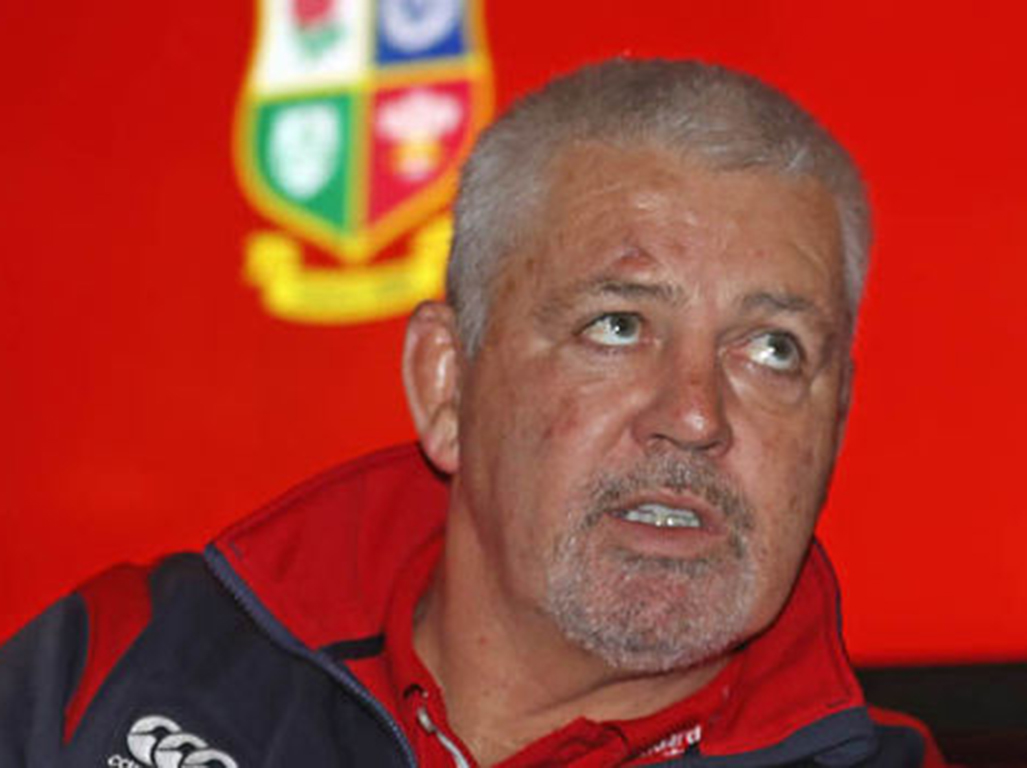 EVERYONE knows the saying “one swallow does not make a summer.” It is an idiom which harks back to Greek philosopher Aristotle and is just as relevant 2,500 years later.

For the Welsh rugby team, high off the back of a brilliant 22-9 win over Ireland in Cardiff, this phrase should be right at the forefront of their minds. Yes, the play was a perfect mix of aggression, precision and ruthlessness, but it doesn’t change the fact that the team has been plagued by inconsistencies and could still finish in the bottom half of the Six Nations.

One good performance does not change the problems which have gone before. To alter the phrase slightly: “One swallow does not make a Lions summer.”

Ultimately, for the individual at least, that is what 2017 is all about. The chance to be considered one of the best players in the British Isles, not just your own country, is a real honour for any Englishman, Irishman, Welshman or Scotsman. The fact this opportunity only comes around once every four years makes it even more special. Going to New Zealand to take on the world’s best team for the first time in 12 years — that elevates the experience to another level entirely.

Despite the long build-up to the tour, selection decisions are often reactionary and can be changed considerably week-to-week throughout the Six Nations. Have one bad game — you’re out. Score a hat-trick — you could make a late charge for the plane.

Late changes to the Lions XV certainly happened in the last weekend of the 2013 Six Nations. Before the culmination of that tournament, England were on for a Grand Slam and would have expected to have several players on the tour. Wales were looking past their best. But a staggering 30-3 win for the men in red completely transformed the squad, which essentially went to Australia as a Wales and friends victory tour.

But a good tour four years ago does not mean they will be successful now. Very good Wales sides have tried and failed to beat the All Blacks with alarming regularity. They haven’t won a single match against them since 1953 and were beaten with relative comfort in all three matches in New Zealand last summer. Captain Alun Wyn Jones should not necessarily be a Lions starter because of England’s excellent options. Credit: Jumpy News

This Wales side is nowhere near the same level as the one which won the Six Nations in 2013 and just because they’ve beaten Ireland, it does not mean there should suddenly be a rush to include as many Welshmen as possible for the tour.

After 18 straight wins, equalling New Zealand’s tier one world record, there can be no doubt the team should be built around England. Head coach Eddie Jones has played down their abilities and claimed that there isn’t a single world class player in their team, but Lions tours need winners as well as quality players. England have shown their squad should be the focal point for this summer.

That does not mean there are no spaces for Welshmen in the team and Warren Gatland would be foolish to ignore them, but he should not get carried away and pick players based on their previous success.

For example, at centre the best options for the Lions would currently be to employ Owen Farrell on the inside with the explosive pace of Jonathan Joseph on the outside.

Alun Wyn Jones has captained a Lions victory before and led Wales well in the Six Nations, but his performances have arguably been trumped by England’s Joe Launchbury, Courtney Lawes and Maro Itoje, who has been operating at blindside flanker this year. George Kruis was ahead of all of these players less than a year ago and could still be in contention. Scotland’s Richie and Jonny Gray have also been excellent this tour. It’s not as if Jones would be a bad Lions pick, he’s probably only the fourth or fifth best option there at the moment.

The same can be said of Leigh Halfpenny. He was the star of the 2013 tour with the boot, but the years since have not been kind to him. He is still as reliable as ever from the tee, but considering that at least one of Owen Farrell and Jonny Sexton will be in the team, that is no longer a good enough reason to include him in the team. Plus, he is too slow, lacks the cutting edge he used to have and hasn’t scored an international try from full-back for four years. It’s very hard to make a case for his inclusion on current form.

There are areas of the team where Wales will contribute heavily to the Lions team. Their back row has shown to be truly excellent. Sam Warburton, Justin Tipuric, Ross Moriarty and Taulupe Faletau should all be on the plane. ‘Cannonball’ Ken Owens has been exceptional at hooker and deserves the chance to compete with Jamie George for the number two jersey. Rhys Webb has put himself in contention to be a starter on the tour. Credit: Jumpy News

Rhys Webb and his sniping around the ruck will likely see him go on the tour as the second choice scrum-half, George North will be picked thanks to his power and a lack of real quality on the wings, while Liam Williams would be a savvy inclusion thanks to his ability to cover the back three.

This makes a total of eight Welshmen on the tour. Eight out of 37. The squad of 23 which beat Ireland played superbly to win, but it doesn’t suddenly mean they are good enough to win a Lions tour on their own. The good players will improve the squad, but there can be no place for those who have continually failed to deliver for the national team.