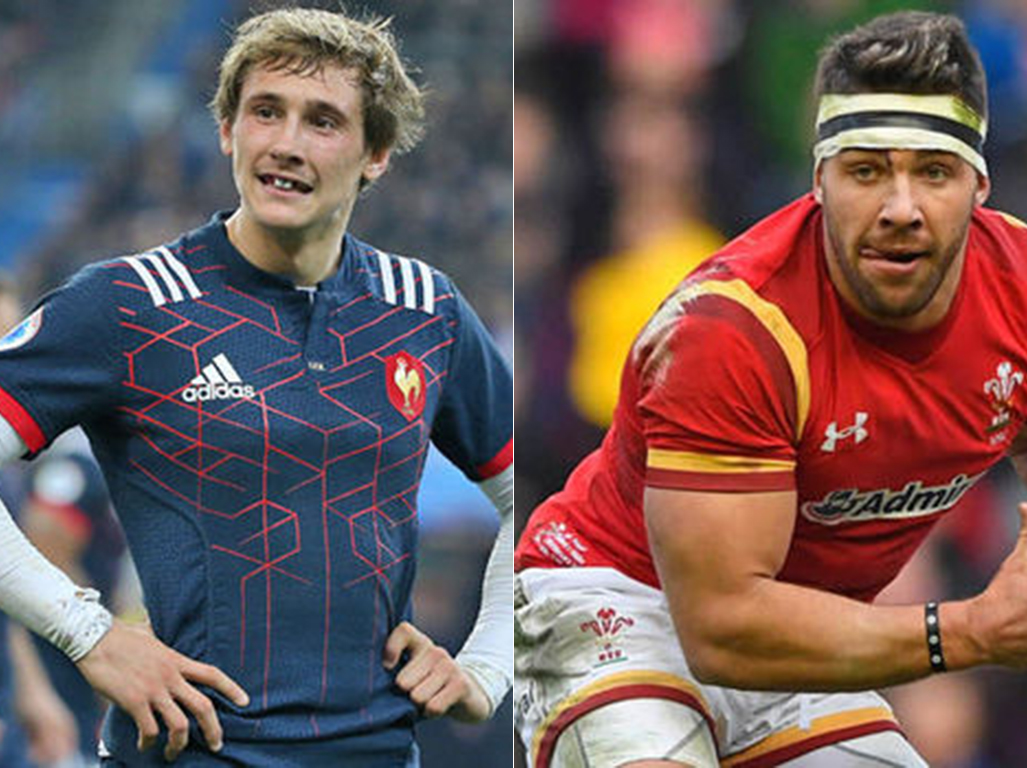 Halfpenny has been as reliable from the tee as ever for Wales this year, but his decreasing pace and lack of creativity is costing his side. He has not scored a try for his country for four years now, a total of 32 tests. Dulin showed exceptional hands and skills his try-scoring performance against Italy and adds subtlety and excitement to France’s hard-running back three.

North came back with a bang after a disappointing match against Scotland to score two excellent tries in the win over Ireland, showcasing his famous power and finishing ability. Nakataici also has the ability to break through tackles and ran rings around the Italian defenders down the left wing last weekend. A mouthwatering battle awaits.

Jonathan Davies has not had the best season for Scarlets and despite a try in the opening game against Italy, he has struggled to have much of a positive impact on the tournament so far. Lamerat has continued his excellent club form and has a great understanding with Gael Fickou inside of him. His combination of power and footwork is very difficult to stop.

Two exciting centres who like to break the lines, Williams and Fickou were both at their creative best in round four. Williams’ line break and lay off to Rhys Webb eventually led to George North’s opening try, while Fickou’s delicious dummy against Italy sold the defence up the river and gave him a walk in. He has two tries in the tournament so far.

Although Williams would be far better off at full-back rather than on the wing, he has still be one of Wales’ most effective operators, scoring two tries so far this season. Sevens’ specialist Vakatawa does not have a club, but showed his class against Italy with several line breaks and a try of his own. Williams’ versatility gives him the edge though.

Biggar has had a decent tournament. He was very good against England and Ireland but has struggled to have the same impact and hard running when on the road. Camille Lopez has been the complete opposite for France – cool, steady, understated and has quietly kicked his goals and allowed his backs to get into the game. A very underrated influence at 10.

This is a really exciting battle. Webb was injured before the tournament but has come back and put himself in contention to start for the Lions in New Zealand. 22-year-old Serin has also excelled for France, bringing back the laissez-faire, truly French style of shrugging his shoulders and trying something because he can – rather than because he should.

Wales’ front row is the weakest area of their team, but it’s not bad. Evans played well against Ireland where scrums were clean and well contested on both sides. But France have given every opponent a tough time in the head-to-head battles and Baille is a ferocious talent at just 23. France will probable have the edge in the front row.

‘Cannonball’ Ken Owens will win his 50th cap this weekend, 31 of which have come off the bench, but he has truly established himself as first choice hooker now and has been superb this tournament. Guirado is perhaps the fiercest hooker he will face and has led the French revival with real skill and leadership. A very good contest awaits.

Francis holds the weight advantage in the battle between the two tightheads, but Slimani probably has it everywhere else. Like Evans, Francis was good against Ireland but hasn’t really set the tournament alight. Slimani has been very dynamic in and out of the scrum, scoring a try from open play against England. The Stade Francais man is likely to edge it.

It is testament to the tournament Jake Ball has been able to put together that the returning Luke Charteris cannot get back in the team ahead of him despite returning to fitness. Vahaamahina has been recalled by Guy Noves for this one and stands at a colossal 6ft 8in, edging out Ball in terms of height. He should edge him out on the pitch as well.

Jones has stepped up to the responsibility of being captain of Wales this tournament and has done a very good job. His own performances have been good, but more importantly, have taken the shackles off Sam Warburton. Maestri, like Jones, is probably slightly limited in terms of mobility but operates very well in the second row all the same.

Warburton has returned to form with a bang in this tournament, switching to blindside and relinquishing the captaincy has transformed him into a turnover winning machine. Not a lot is known about Sanconnie as he is inexperienced at international level, but his ball carrying abilities and power are very strong. Warburton will edge this one though.

Tipuric hadn’t missed a tackle for a whole year before the start of this year’s Six Nations and despite losing that impressive stat, he has performed as excellently as always at openside. Gourdon, like all French back rows, has strong ball carrying skills, but he lacks the finesse at the breakdown and in open play of his opposite number.

Like Ball and Charteris, it is testament to the colossal talents of Ross Moriarty that Taulupe Faletau is not back in the team. The Gloucester man has carried the ball brilliantly and has hit the breakdown and tackles very aggressively. In Picamoles, though, he faces one of the best number 8s in the northern hemisphere. It’ll be close, but the Frenchman edges it.