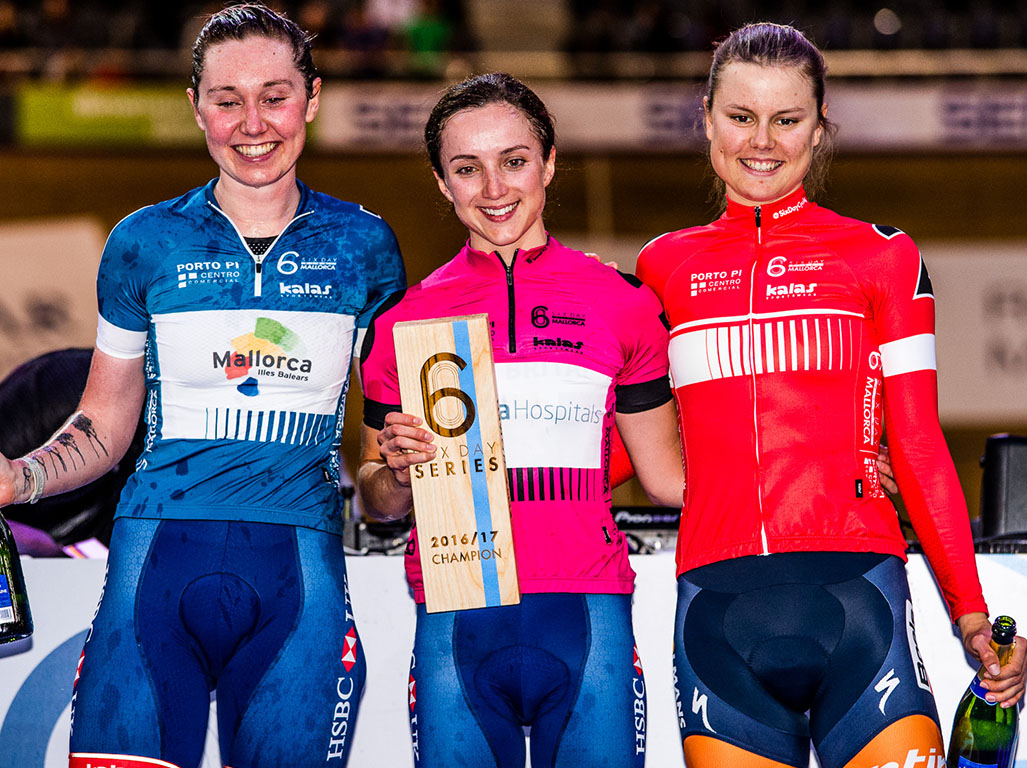 Olympic champion Elinor Barker has pledged to give away two signed jerseys from her Six Day Series win in attempt to raise £1,000 for charity.

The Cardiff cyclist, who won the Six Day Series in Majorca last weekend, said she will give two lucky winners a signed jersey from the event in an attempt to raise £1,000 for motor neurone disease.

Barker told the Cardiffian: “I’m giving away two of my Six Day Final jerseys. My boyfriend is doing two sportives in two weekends, one being 100 miles at Ride London. He’s riding in aid of the Motor Neurone Disease Association (MNDA) with a target of £1,000. I’ll be picking two people at random who donate to give my jerseys to.”

The track cyclist said: “I’m so happy to have won the six day final. It was my last race in preparation for the worlds and I could not have asked for it to go better.” Barker, who was the Six Day Amsterdam winner, told The Cardiffian she now feels confident building up to The World Track Cycling Championships which will begin on April 12 in Hong Kong.

The cyclist said: “I’m feeling good about the Worlds, especially because this year I’ll be focusing on bunch racing events which can be such a lottery compared to the team pursuit, which is more predictable. It kind of means that the pressure is off for me a little compared to previous years which is nice!”

It was announced last week that Barker will race as part of the women’s endurance squad in Hong Kong. She will race alongside Katie Archibald, Ellie Dickinson, Neah Evans, Emily Kay, Manon Lloyd and Emily Nelson.

Barker said: “I think we’ve got a really strong squad going to Worlds this year, particularly the women’s endurance squad. It will be a first time riding at a senior worlds for a lot of them but they’ve all got so much experience of competing at a high level.”

Head Coach Iain Dyer, told BBC Sport: “The team is made up of a good mix of experienced and developing riders, It’s also great to have some of our Olympians in the squad. This year’s Worlds will allow them to race different events which were not possible in previous years due to the focus on the Olympic events.”