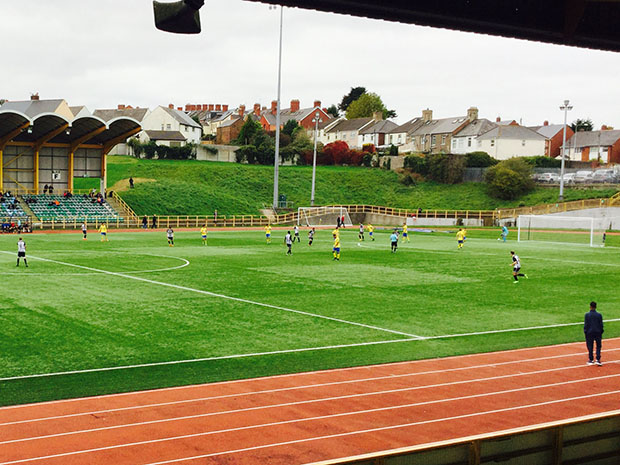 BARRY Town have suffered their second home defeat of the season after a clinical second half comeback from Cefn Druids.

Just one point and one place separated these two sides before Saturday’s game.

It was Barry, however, that controlled the first half, going 1-0 up through Kanye McLaggon in the 21st minute.

The strike was his fourth in as many games for Town. Cefn’s best chances came from Ryan Pryce, who menaced down the right flank.

The match became scrappier in the second half, with referee Dean John intervening several times to separate players.

Cefn started to dominate, hitting the bar and having a goal ruled out for offside.

The North Walians equalised on the hour mark when the Barry defence missed a teasing cross prodded home by Lewis Buckley.

Barry missed the chance to restore their lead eight minutes later, McLaggon scooping the ball over the bar with the goal at his mercy. The Jenner Park crowd were left rueing McLaggon’s miss as Cefn completed the turnaround five minutes from the end, Ashley Ruane converting after a goalmouth scramble.

Barry’s misery was compounded when Buckley bagged his brace in injury time.

The loss sees Barry stay in seventh place. Cefn move up to fifth.

Barry manager Gavin Chesterfield said: “After our first half performance that’s a tough defeat to take, but credit to Cefn Druids. The sun will rise in the morning and we go again.”