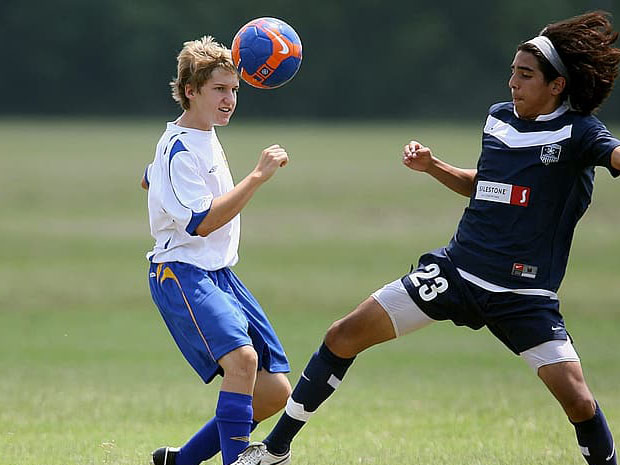 HEADING balls by under-11 footballers in Wales is under review after England, Scotland and Northern Ireland implemented guidelines advising against it.

A statement was released on February 24 by each football association outlining their new guidance in relation to heading by young players.

The Welsh FA said: “Mini-football is currently the only recognised form of football for children under 11 years old in Wales.

“While the game has all the features of real football, the smaller scale of the game means that the focus is on the ball to feet practices and technique.”

Mini-football is played with fewer people on a smaller pitch.  It is played by teams of four at under-seven, going up to eight at under-11.

The Welsh FA says heading is just a small part of mini-football as children have different needs from adult 11-a-side players.

Despite this, the Welsh FA says a review will be carried out but no guidance will be issued until its recommendations have been received.

The English, Irish and Scottish FA’s verdict comes after the release of the FIELD Study, which the English FA partially funded.  The results showed that footballers in the study were 3.5 times more likely to die of dementia than the sample population.

It suggested there was a possible link between heading the ball, which can be travelling at very fast speeds, and developing Chronic Traumatic Encephalopathy in adult life.

CTE was traditionally associated with sports like boxing, where combatants get a lot of blows to the head.  Nowadays, sports like football, rugby and American football are being linked to it.

CTE affects brain functions and can lead to dementia.

The study did note there was no direct link between brain injuries and heading the ball.  Other factors could have caused injuries to the footballers in the study.

This is why the English FA opted to issue guidance and not an outright ban and stressed that heading was still an important part of the adult game.

The new English guidelines state that under-11s should not head the ball in training sessions and it should be limited in other age groups.

A spokesman for the English FA said: “It’s important to know that this is not a ban.  It’s a set of guidelines and this has been misreported by some organisations.  There won’t be any sanctions for not implementing this.

There are only likely to be two headers in a children’s game according to Les Howie, head of grassroots coaching at the English FA.

Mr Howie hopes that the guidance will be implemented in English coaching immediately.

fa, Football, heading, heading ban, wales
You may also like