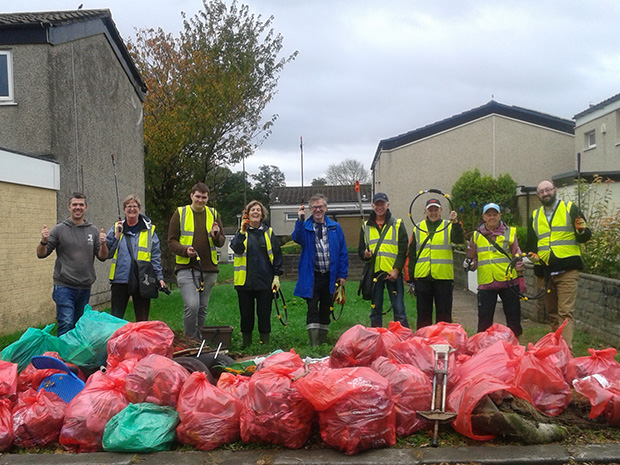 FLY-TIPPING has been reported in Wern Goch Woods by Pentwyn Pickers group.

Head of Pentwyn Pickers, Barbara Willcocks, believes people living in the area could be responsible.

She said: “It is an easy location for fly-tipping because it is hidden.

“It is everywhere, all the time. Litter has been an ongoing issue for the area around Pentwyn and Wern Goch woods.” Wern Goch woods are often used by children on their way to school, and are home to wildlife.

Fifteen bags were filled with carpet remnants during the most recent litter pick, held in Coed-y-Gores with Pentwyn councillor Emma Sandrey.

The nearest official tip is Lamby Way, which charges for the disposal of waste such as brick and plaster.

The Pentwyn Pickers group, run by Keep Wales Tidy, has grown from three to 12 members over the last year. The group’s next litter pick is on November 17 in Pentwyn.