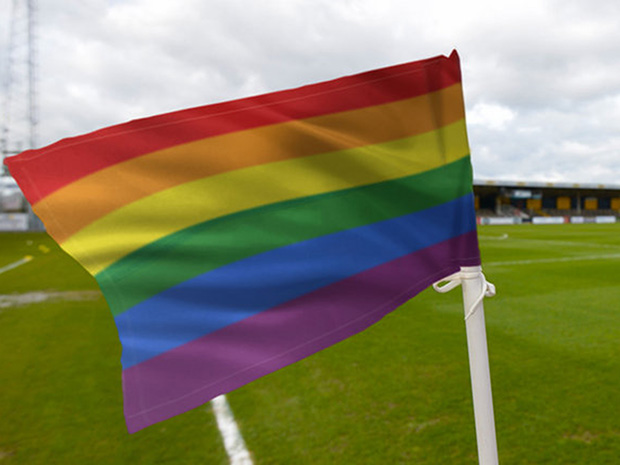 CARDIFF City will use rainbow corner flags in the Football League’s biggest show of support for the LGBT+ community.

The colourful flags will take centre stage in a wide range of activities between November 25 and December 3, 2017.

It is part of the Rainbow Laces campaign started by Stonewall, a charity whose mission is to “let all lesbian, gay, bi and trans people, here and abroad, know they are not alone”.

Rainbow Laces was started to raise awareness of LGBT+ people in sport, especially football. Many lower league teams from a range of sports have picked up the idea and it is hoped more higher profile divisions will follow.

Stonewall chief executive Ruth Hunt said: “We’re delighted that the EFL has joined our Rainbow Laces Campaign. We believe in making sport everyone’s game and to do that we need allies to step up and show their support.”

Clubs have been provided with rainbow laces, captain’s armbands and programme adverts. Non-professional teams can buy laces from Stonewall, from which 40,000 pairs have already been sold.

“The campaign very much complements the work our clubs are undertaking as part of the EFL Equality Code of Practice.”

The corner flags will feature in the away match against Nottingham Forest and the home game against Norwich.

Cardiff City are currently third in the championship, four points behind leaders Wolves.