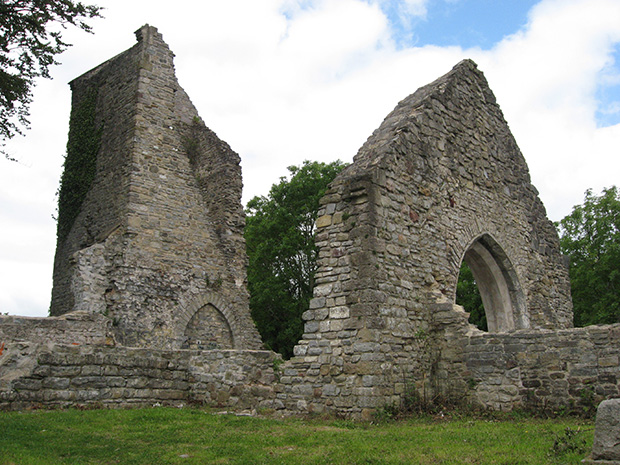 PLANS to turn the Gospel Hall in Caerau into a heritage centre for the nearby Iron Age hill fort are taking shape.

The CAER (Caerau and Ely Rediscovering) Heritage project met today at the Gospel Hall, on Church Road, to discuss the project which will transform the hall into a stop-off for visitors to the fort.

Attendees included representatives from Cardiff University, Wales and West Housing and charity, Action for Caerau and Ely as well as residents, and an architect from Gillards Associates architecture and design.

The Hillfort is from the Iron age and is built on a site believed to have been previously occupied by neolithic people.

It was once a stronghold for the Silurian tribe – a powerful, warlike clan who occupied South Wales before roman invasion in 48 AD. Excavations in 2013 and 2014 found flint tools and weapons dating back 5,550 years.

Dave Horton, who is the Action for Caerau and Ely development manager said: “Our intention is to take the old gospel hall and convert it with help from local people, into a community heritage centre.

“The idea is that it will operate as a gateway to the hillfort, providing a space where people can come through and learn about the site.There will be a network of heritage trails that have signage and interpretation to help people understand the fort better.” During the meeting, the group walked around the area to identify any problems and potential. They then mapped out the land and looked at potential routes for paths to lead up to the Fort.

CAER Heritage has been awarded £157,000 from the Heritage Lottery Fund for the development stage of the project. This will help pay for all the planning and permission applications as well as an ecological survey and the hiring fee for an architect.

The project will then have to submit a second application in May next year. If that is successful they will then receive further funding which will pay for the whole development.

Following the Wednesday meeting the group met again with young people from the area. Young residents and parents posing with the model hillfort

Mr Horton said: “We were looking to work with a really small group because we wanted to do some practical work, building a model of the gospel hall and the surrounding area by the hill fort.

“We had three young people and two parents and we made a small model of the gospel hall.  The architect came in with a map of the area with contours on and we then built up the area with paper mache so we had a topographical model.

“The idea is that it is a very physical model that people can look at and touch and feel to understand and get to grips with.”

The team are meeting again to advance the model by adding fencing and clay to modify the area to what they hope it will look like. All of this work will be included in the application for further funding next year that they will need to carry out the project.