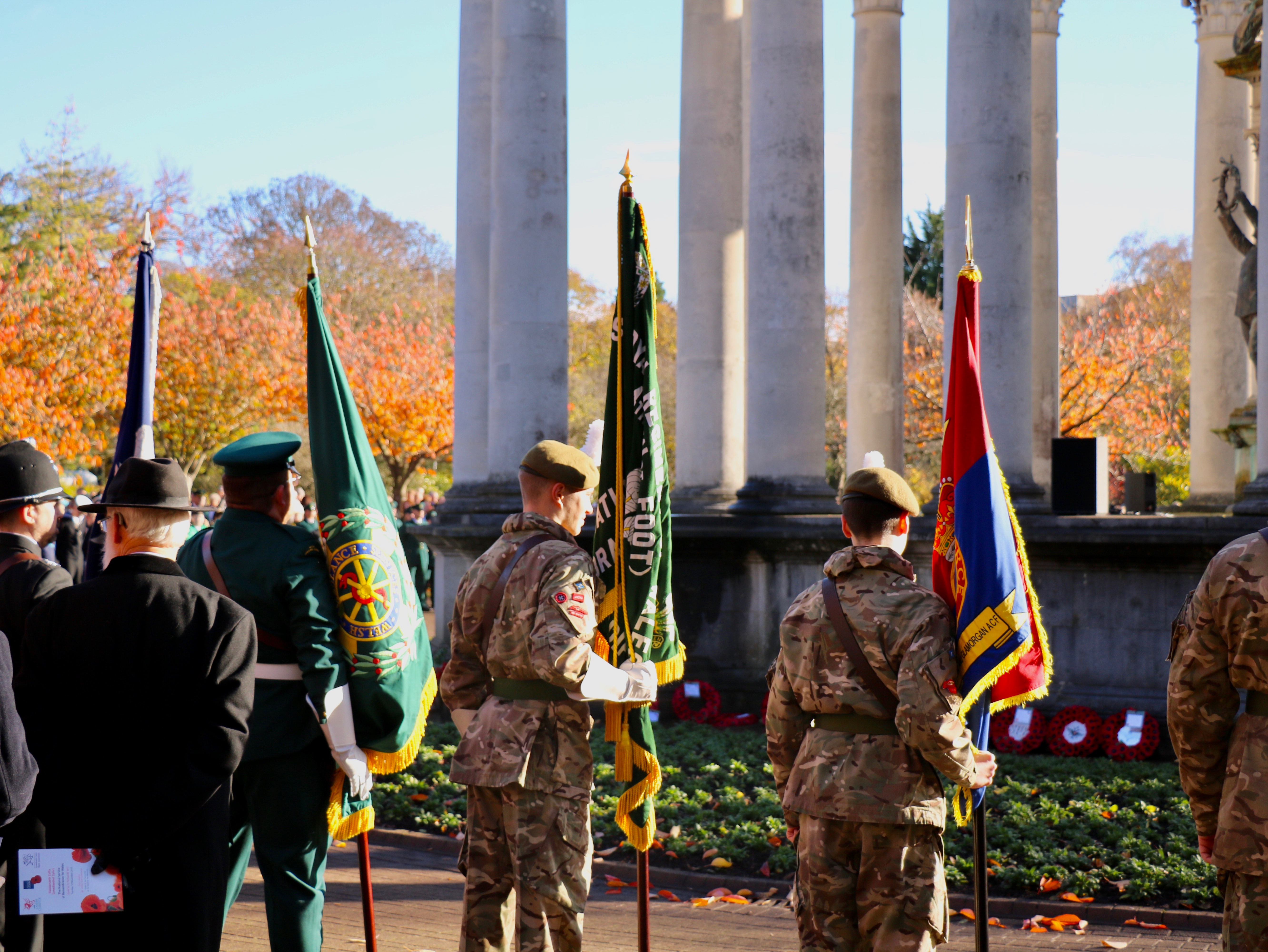 PARADES and ceremonies have marked the 99th Anniversary of Remembrance Sunday across the Cardiff and Vale areas.

Last Post was played by a bugler from The Royal Welsh Regimental Band and Corps of Drums of The Royal Welsh, followed by a two-minutes silence. Council and Welsh Assembly Leaders laid wreaths, alongside the leaders of the main political parties.