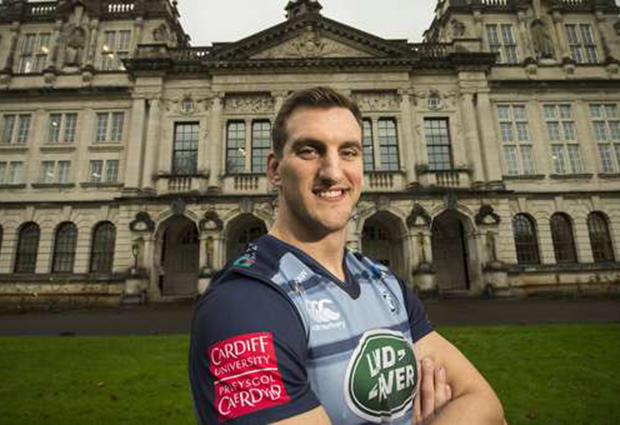 CARDIFF University and the Blues rugby club have strengthened their relationship.

Players will wear the university logo on their sleeves and the squad will take part in student recruitment events and help with research projects. “They are fantastic role models for everyone involved in both rugby and education, said Ms Beddow. Olly Robinson in action for the Blues

“Having a player of Warburton’s calibre associated with the university obviously enhances our profile!”

The university will also have the chance to work with the Blues Academy of players and give them advice and talks on education and options open to them outside of rugby.

“Our sports department already have strong links with the region from working with their physios to holding training sessions at both facilities.

“Within the partnership, there are opportunities to collaborate in areas such as injury prevention, rehabilitation and preparing for a life after rugby.”