Home > Long Reads > 100 years on, who are Cardiff’s campaigners today?

100 years on, who are Cardiff’s campaigners today? 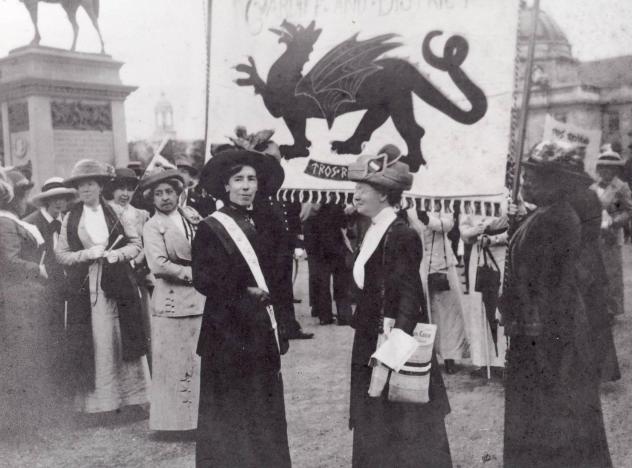 IT is 100 years ago today that the first women in Britain were given the vote. One century on from the Representation of the People Act 1918, which gave the vote to some women and most men, The Cardiffian recognises local women who are leading the way for future generations. As chief executive of Chwarae Teg, a Welsh gender equality charity, Ms Furlong advocates for equal rights. Chwarae Teg recognises women from all walks of life for personal achievements through Womenspire Awards and hopes to help build a society in which women thrive.

When you discuss with colleagues how people keep getting confused abt difference between gender pay gap & equal pay, and they just knock up this handy explanation.. that’s how awesome the team @chwaraeteg are ?? pic.twitter.com/M4EDf9IINF

She said children are starting school with greater understanding of technology every year: “We started in Year 6 and now Year 3 are doing those original games. It’s amazing. The children knew how to use iPads better than most teachers.”

The school has integrated tasks into every day classes using tools like Scratch, An Hour of Code and GameSalad.

In 2017, the Women in Tech annual telesummit found only 25% of computing jobs were filled by women. Miss Miles is inspiring the coders of the future.

Director at Women’s Equality Network Catherine Fookes has long campaigned for gender equality and promotes it outside work as a school governor, a trustee of charities and an active local campaigner. WEN Wales campaigns for equality for women and has a network of over 1,000 individuals and organisations.

“It’s great to be able to celebrate 100 years of some women having the vote, and all the progress in the past 100 years such as the Equal Pay Act, women standing for Parliament, and the Welsh Assembly being the first parliament in the world to achieve gender parity, in 2003.

“However, we have a long way to go – two women a week are killed by their partner in the UK, only 42% of the Welsh Assembly is made up of women and only 18% of council leaders in Wales are women, and 48 years after the passing of the Equal Pay Act women are still not getting equal pay. So we need a new generation of feminists to keep on fighting for our rights and that’s why WEN Wales is determined to work to get true equality in Wales.”

WEN Wales today launched its search for women to join a mentoring scheme to get more of them into public and political life.

Blogger and PhD student at Cardiff University, Leah Hibbs hopes her research on the impact of gender and the representation of women in Welsh local government will lead to policy changes. She believes austerity cuts have disproportionately affected women.

“I hope my research means we begin to know a bit more what female councillors do once elected and the barriers  they face within local councils. This could lead to more awareness of possible structural changes and attitudinal changes. Women are over 50% of the population so they should be represented as it’s only fair,” she said.

“At the current rate of progress, it would take Wales 82 years to reach gender parity/balance in local government positions. Currently only 28% of local councillors in Wales identify as women. Once you look closer at those in the senior positions (council leaders, deputies), the figures are even worse. Only four of the 22 council leaders in Wales are women, and there are two currently which have all-male cabinets: Vale of Glamorgan and Blaenau Gwent.”

Miss Hibbs writes about socio-economic issues on A Sociologist’s Paradise,

Girls are missing school due to their inability to afford sanitary items, and getting their period is a monthly dread for homeless women. Fiona Munnelly, an occupational therapy student at Cardiff University, is project leader for Periods in Poverty, which collects donations and raises awareness of the issue around Cardiff..

She said: “We cannot all succeed when half of us are held back. Equality is recognising and empowering all, especially the people not experiencing the same obstacles as yourself. Everyday activism is powerful, like acts of radical self care.”

Miss Munnelly told Olivia Williams: “Kids are missing school, people who are homeless having to use inadequate solutions and people are having to choose between eating or being dignified. These all have consequential factors, risking health, education and wellbeing for the most marginalised individuals.”