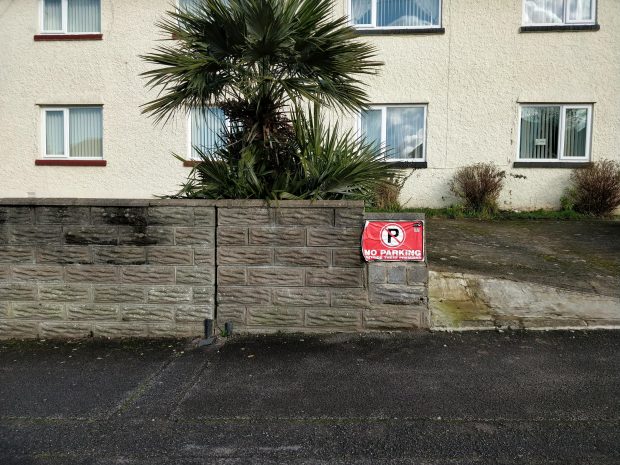 RESIDENTS claim a parking ban for students near new accommodation being built in their area is “a joke”.

Cardiff Council has approved plans for the Liberty Living development behind Mynachdy Road which will contain five three storey buildings, a community centre and boxing gym.

But residents say the site will be grossly overdeveloped and lead to parking, waste, noise and traffic issues.

A plan to prevent students parking within 1.5 miles of the development, that is expected to be monitored by the students themselves, has drawn fierce criticism.

Dawn Covill, local resident, said: “This is going to be a nightmare, especially whilst they are building the bloody monstrosity. Noise, Traffic. It’s a joke.

“And stating that they can’t park within 1.5 miles of the accommodation, yeah okay lets see that happen. By approving this, the council have asked for trouble.” The number of flats has been reduced from 361 to 350, but there will still be 100 more than were originally proposed in the 2012 application.

Iain Claridge, 56, a former history teacher, who was delivering the news to residents and hoping to organise a public meeting, said: “I hope the development will be less bulky than planned and the community centre is for the welfare of the residents.

“Parking is a huge issue but the development of the Metro should take some pressure off. I hope the work will not start until the space needed for the Metro has been outlined, because the sites are close.”

Anna McMorrin MP said: “A parking covenant to deter students having cars has proven to be ineffective and virtually unenforceable elsewhere.”

Developers are required to include parking restrictions in contracts with students and have suggested contracts may be terminated if students park too close.

In a letter to Gabalfa Lib Dem councillor Rhys Taylor, David Braund, planner for non-strategic development and enforcement at Cardiff Council, said this is not legally binding and “developers/management company could not simply terminate the tenancy for breaches of this clause”. David Hall, 32, who was out walking his dog, said: “How are they going to monitor parking? I’m not looking forward to being constantly blocked in.”

Julie Morgan AM said: “Parking is already an issue in this area because the streets off Mynachdy Road are narrow and there is frequent parking on the pavements.

“I seriously question the enforceability of the ‘no car agreement’ as a panacea for preventing students adding serious pressure to local parking.

“Residents are particularly concerned that students will be tempted to park their cars on the North side of the estate, feeling it is sufficiently away from the development site to evade detection.” Lots of cars are parked on the pavement, Mynachdy Road

An additional 16 parking spaces, including four disabled spaces, will be available for the centre and boxing club, which have been described as a valuable resource for the community.

Cars and pedestrians will access the site by Raydr Place, but the entrance does not consider cyclists.

Councillor Ashley Wood said: “This oversight is particularly concerning given the planning application cites sustainable transport as a key element of the development and is used to attempt to justify the parking provision and scale of the development proposed.”

Three applications to redevelop the land have been approved in the last 10 years.

Liberty Living currently have eight sites across Cardiff, four of which are a 15 minute walk from the site.

A public meeting is being organised for February, 20. 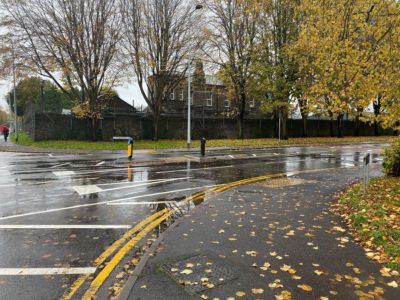