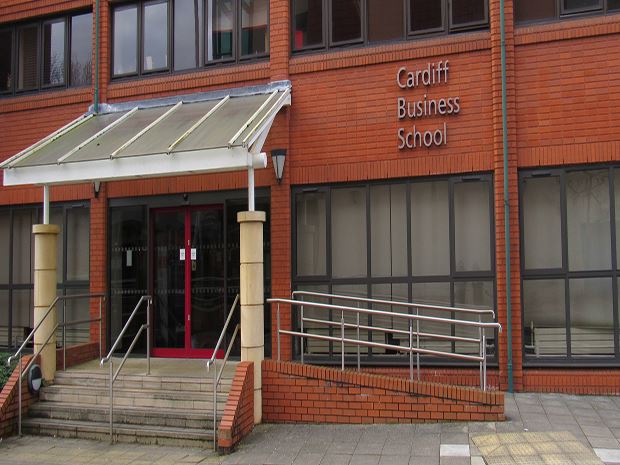 Dr Anderson, 48, a business school lecturer, had won awards for his teaching and enriching student life at Cardiff University.

Investigations are ongoing into his death, but it is not being treated as suspicious.

South Wales Police said Dr Anderson’s next of kin were informed of his death yesterday, after he died on Monday, February 19.

We can confirm the death of @cardiffuni lecturer Malcolm Anderson on Monday morning.
He was taken to hospital from the Aberconway Building, Colum Drive, but sadly died.
There are no suspicious circumstances. https://t.co/GV7zTRKq9Y
^ajh

William Duffy, 21 a financial economics masters student, who was taught by Dr Anderson, said: “The consensus is utter shock. He was by far the best lecturer I ever had, he managed to make accounting fun somehow. He always seemed to have a positive outlook.”

“One of my lectures was cancelled because my lecturer was so distraught. It shows how highly he was thought of,” he added.

A message of condolence left for Dr Anderson and his family said: “We want to say thank you for being everyone’s favourite lecturer; you made our exams and first semester more enjoyable will all your jokes. You will be dearly missed by all, thank you for everything.”

Dr Anderson was taken to the University Hospital of Wales by the Welsh Ambulance Service, where he died on Monday morning.

A spokesperson for the Welsh Ambulance Service said: “We were called at approximately 6.40am on Monday 19 February, to reports of an incident at the Aberconway Building at Cardiff University. We sent a crew in an emergency ambulance and two paramedics in rapid response vehicles and a man was taken to the University Hospital of Wales.”

The Aberconway Building will remain closed until 12 noon today (20/2/18). We will keep staff and students informed of any changes.

“Anyone affected by this incident will be offered support from a range of professional University staff. Investigations remain on-going.”

Lucinda Davenport, 20, an accounting and finance student at Cardiff University, said: “We just had an e-mail saying everything had been closed from 1pm onwards.”

Ms Davenport is also a resident at Aberconway student accommodation on Colum Road.

The University closed the Aberconway building, the business school library and postgraduate teaching centre on Colum Drive on Monday.