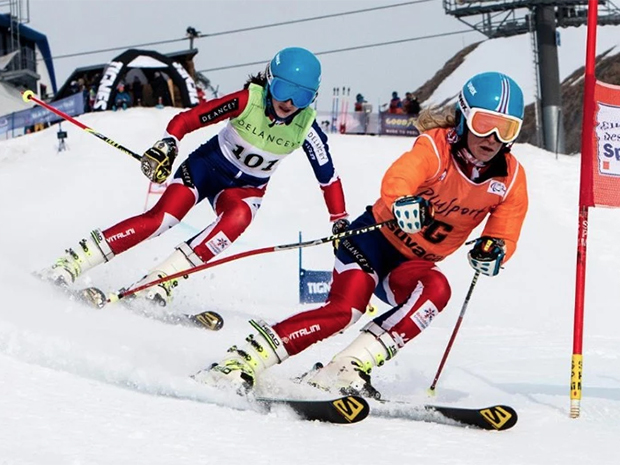 CARDIFF Paralympian Menna Fitzpatrick secured her third medal of the games with a silver in the visually impaired giant slalom.

The 19-year old, who only has five per cent vision, and her guide, Jen Kehoe, added to their medal haul, having already picked up a silver in the Super Combined Alpine Skiing and a bronze in the Super-G.

Fitzpatrick and Kehoe were three and a half seconds off the leaders after the first run, but improved on the second to record a combined time of two minutes 28.34 seconds.

This put them 5.34 behind Slovakia’s Henrieta Farkasova and Natalia Subrtova, who secured the gold medal thanks to their incredible first run of one minute 10.83 seconds.

It has been a fantastic recovery by the Welsh skier, who crashed out on the opening corner of her first event, the visually impaired downhill skiing. Since then however, Fitzpatrick and Kehoe have medalled in every event that they have competed in.

The pair will compete in their final event, the slalom, on Sunday, March 18.

Team GB are currently 17th in the medal table, with a total of four silvers and one bronze.

Moore in the mix after stellar first day in the bobsleigh