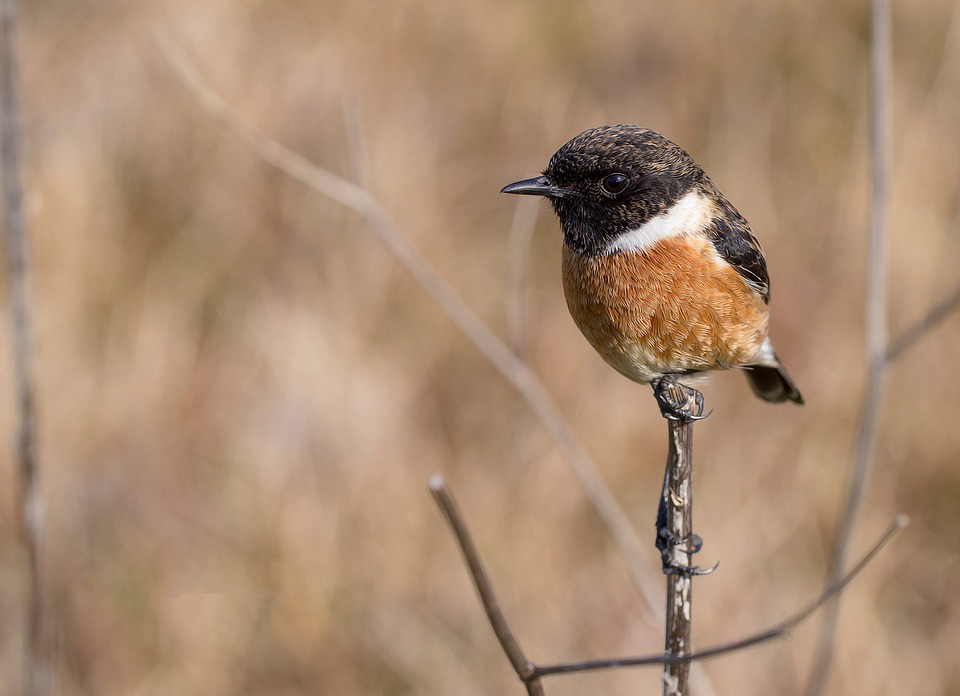 A BIRD that usually lives in the country has been spotted in Roath Park for the first time, during Cardiff’s second spell of snow.

It is believed the cold weather forced the stonechat into the city in search of food.

The robin-sized bird usually lives in rural areas during March, its breeding season.

Today is officially the first day of spring, but the unseasonable snow and ice has affected a lot of wildlife. “It is a result of the severity of the weather. The snow has covered everything so they can’t feed, so they come to odd places if it helps them find some food.

“They are forced out into strange locations in order to survive,” said Mr Bristow, of Forest Oak Close. The stonechat sighting increased the number of bird species recorded in Roath Park to 143.

It has also added to the records of Glamorgan Bird Club, and South East Wales Biodiversity Records Centre.

They were seen on opposite sides of the lake, between Terra Nova Café and Lakeside East.

Three club members glimpsed the stonechats during a monthly wetland bird survey for the British Trust for Ornithology.

President of the society, Amy Sherwin, 24, said the group had never spotted and recorded a new species sighting before.

“It was really interesting. We did not expect to see stonechats, as it’s an unusual place for them,” said Ms Sherwin, of Coburn Street. Mr Bristow said other upland birds such as meadow pipits had been seen in urban Cardiff over the weekend.

He believes birds associated with agricultural areas like fieldfares, redwings and lapwings, will be most affected by the snow.

Conservation officer for Cardiff Council, Nicola Hutchinson, said: “It is such a lovely thing to spot in such an urban environment. Bird-watchers would travel distances to see stonechats in rural areas.

“To see it on your doorstep in Roath Park is pretty special,” she added.