Genetic research in Cardiff could save northern white rhino ITS RAINING again, and I don’t mean a light drizzle – I mean a full-on downpour which soaks your supposedly waterproof jacket and reminds you that you are indeed in Wales, one of the wettest places in the UK.

The rain gets me thinking about who I am about to meet – Isa-Rita Russo – a geneticist working at Cardiff University’s School of Biosciences.

She’s originally from Standerton in South Africa, a farming community lying on the banks of the Val River and I can’t help but wonder how she found the change.

Dr Russo finds me in a puddle in the foyer and greets me with excitement and warmth that could have dried my clothes if possible.

She tells me she moved to the UK nine years ago after completing her PhD at Pretoria University and says she found Wales “dark and cold and wet but I am kind of used to it now”.

Like me she says her love of nature comes from watching David Attenborough BBC documentaries for two hours every Sunday as a child and that it pushed her to where she is now.

I am here to talk to Dr Russo about her ground-breaking research detailing how genes could hold the answer to not only saving the critically endangered northern white rhino from extinction, but also helping protect all rhinos from climate change.

In March 2018, white rhinos made headlines around the world with the death of the last male – 45-year-old Sudan, who died after months of ill health. Both are post-reproductive ages, but hope is not lost. A paper by Dr Russo and her team, published at the end of last year by the Royal Society, explains the genetic link between northern white rhinos and their southern cousins, of which there are roughly 21,000 left alive.

Dr Russo and her research partner Dr Yoshan Moodley of the University of Venda found a gene flow in the 232 genetic samples they analysed; in other words, the two sub-species of rhino have at some time mixed.

It was previously thought the two species had been separated for a long time, but the paper by Dr Moodley and Dr Russo explains the mixing occurred when the northern rhino’s grassland habitat expanded to where the southern rhinos were, as little as 14,000 years ago — a comparative blink in the eye in evolutionary terms.

“I suppose this is a fairly contentious issue because a lot of people will say why do we need to save the northern white rhino if there’s only two females left?

“But we want to save the species because we want our children and our children’s children to be able to see the northern white rhino one day.

“The question you need to ask is: how different are they from the southern white rhino? I would refer to them as two different genetic populations which are important from an ecological perspective because they fulfil roles and maintain balance.”

Dr Russo says all she is proving is how if you wanted to bring back northern whites you could use southern whites’ genes to do it – as if it wasn’t a big deal.

She explains it to my unscientific brain as this: one set of genes would be red when mapped (the northern genes), and another set would be blue (the southern genes). The teams’ gene analysis shows that both the red and blue maps have cross over points, these “microsatellite DNA markers” prove the species have mixed.

Only one northern and southern hybrid has been known of before – Nasi – who was born in captivity in 1977 but died aged 30 never having bred, leaving questions about the viability of the option – Dr Russo says more investigation needs to be done to understand if it’s viable.

IVF is already being explored as an option for northern white rhinos’ survival.

Dr Thomas Hildebrant of the Leibniz Institute for Zoo and Wildlife Research in Berlin has tested IVF on Victoria – a southern white rhino who is currently pregnant at San Diego Zoo Safari Park.

Dr Russo explains IVF is an expensive process and has poor success rates in rhinos because of their biology.

“It’s hard to reach the ovaries and womb of a 2-tonne animal, they are 1m deep!” She tells me the process involves a very long needle.

The team in Berlin is testing whether southern white rhinos can carry a calf to term through IVF before they risk putting one of the rare northern white rhino embryos into a southern. Photo supplied by Dr Russo from a trip to South Africa

Dr Russo says this is great for getting back more northern white rhinos descended from Sudan, Najin and Fatu (who have all had their DNA collected) but merely using the samples from their pool would not have enough genetic diversity.

That’s why her team’s research shines new hope as it proves you could mix the two sub-species genes and create more northern white rhinos and improve the gene pool.

I asked Dr Russo what she thinks the main challenges facing conservationists are.

“Unfortunately politics and money get in the way but it is also good communication. Us scientists sometimes do not get across that what we are suggesting is not impossible, we need to be more passionate and strengthen the communication channels between policy makers, conservationists, and scientists.”

Now Dr Russo and her colleagues are turning to the future of black rhinos – by mapping whole gene sequences to look at signatures of adaption to see how rhinos have adapted to survive in different extreme habitats.

When I asked her why they were doing this research she said: “One of the big things in terms of why is because we are living in an era with climate change and if things are going to change, we can use that knowledge to help animals survive in a different environment.”

“So you are basically going to save the rhinos by selecting the best genes to help them survive climate change?” I ask.

She looked bashful and admitted “kind of” but admitted it’s a long way off. 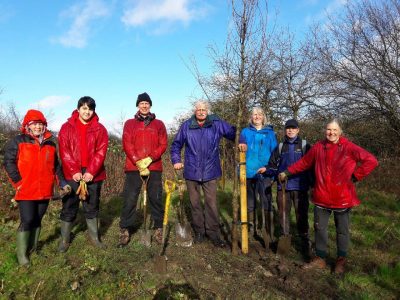 Volunteers cross as primroses worth £70 are stolen from park 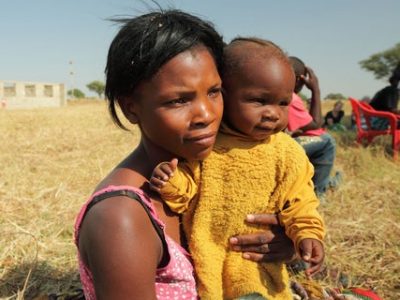 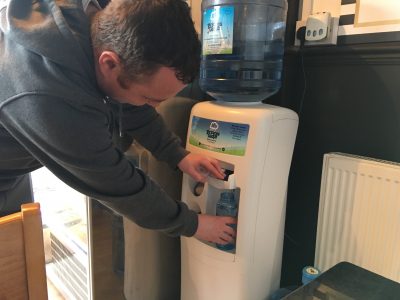 Help yourself to our water, says green café
About Post Author