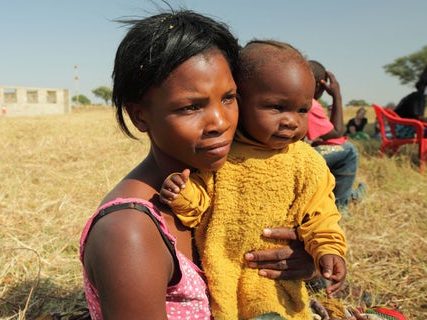 A CONTRACEPTIVE patch for the world’s poorest countries is to be developed in Cardiff University after it won financial backing from the Bill and Melinda Gates Foundation.

The School of Pharmacy and Pharmaceutical Sciences was approached to develop the patch due to the demand for a more discreet form of contraception as an alternative to the pill and the implant.

The patch will be made up of hundreds of micro-needles at around half a millimetre in length, these will be incorporated with a hormonal contraception which is painlessly and discreetly applied to the skin providing women with six months of protection.

According to the foundation, more than 220 million women in developing countries who do not want to get pregnant lack access to contraceptives and voluntary family planning.

The project is part of their commitment to bring high-quality contraceptive services to an additional 120 million women around the world, with a commitment to meeting the needs of young women and girls.

The discreet patch will benefit women in Sub-Saharan Africa where the contraceptive pill is not successfully administered as women forget to take the daily dose. The alternative to this is the implant, the visibility of which is a concern for many women.

“The problem with the implant is when the women have it inserted you can feel it and see it.

“When we did user studies in Africa the women said they do not like using the implant because their partner can find out they are using the contraception, so we are trying to develop a more discreet form of contraception but for six months.”

Access to contraceptives and family planning is essential to prevent unintended pregnancies and will help reduce the number of women and girls that die during pregnancy and childbirth.

The increased quality of these services will also empower women and girls to make their own choices about whether and when they have children, improving their access to education and further studies. Professor James Birchall, Deputy Head of School and leader of the project.

Since starting the project last April, the team has made visits to Uganda and The Gambia where they received a great reception from women who were excited about the possibility of this new contraception.

“We spoke about the concept of the micro needle patch. We spoke to women, we spoke to their partners, to organisations in those countries, and we spoke to the health care providers, so the midwives and the doctors and the nurses,” said Prof. Birchall.

The point of the visits was to see if the technology would be accepted, if women would like to use it and how they would like to access it.

The funding covers an 18-month feasibility period, focusing on pre-clinical work that will determine if and how the micro-needle technology will deliver the contraception.

They will be looking at everything from the design of the patch, the application, and where it will be administered.

If the pre-clinical work is successful, there is a possibility the foundation will extend the funding to cover meaningful clinical trials, which means the patch could be rolled out in the next five years.

It would also be available in Wales, as part of a global plan that will allow the drug to be subsidised and therefore, administered in the poorest countries that need it most.

This technology is not new to the school, Prof. Birchall has been working with micro-needles for around 20 years, using it to administer drugs and vaccines. “We have never applied the technology to lower-middle income countries because we didn’t have the right application for it.

“So, when we saw that this could be a real help for contraception, it was the first time we thought what a wonderful application for the technology,” he said.

The school’s experience in this field meant they were one of many approached to conduct this research, and after a highly-competitive process, they were selected to lead the research consortium, which is made up of Cardiff University’s School of Engineering, Edinburgh University, industry experts, NGOs, charitable bodies and NHS Trusts.

The school is also partnered with the pharmacy department at the University of Malawi, where undergraduate students will be conducting user studies in their local communities.

Prof. Birchall said this collaboration is extremely rewarding but also essential to the study as the schools can share techniques and knowledge to help inform the study.

Prof. Birchall said he feels: “an enormous amount of pride” to be recognised by an organisation as prestigious as the Bill and Melinda Gates Foundation.

“To work with a foundation like this is wonderful for us we feel as if we are doing something useful, and the technology will get to be with people who need it most,” said Prof Birchall.