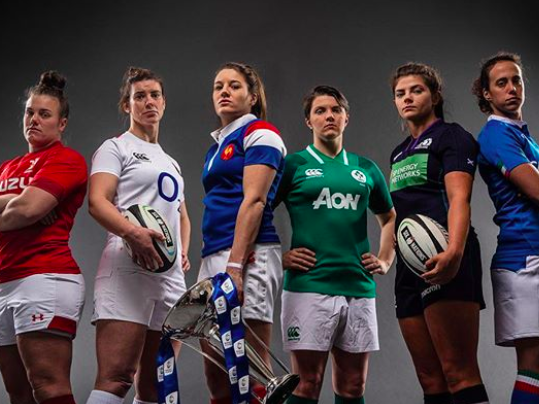 ENGLAND will be looking to execute the perfect start in their bid to regain the trophy from holders France, as this year’s Women’s Six Nations kicks off in Dublin on Friday.

The competition this year is set to be as tense as ever and with a young Welsh side buoyed by a strong performance in the Autumn, upsets are on the cards throughout the tournament.

Here’s the low down on the teams ahead of the opening weekend.

We couldn’t ask for any better women to lead out the 2019 #womenssixnations! #Launched?

Holders France will want to emulate their success from last year, as they face Wales at home Saturday. France, who have only just recently competed in the world 7s series in Sydney, will be without several key players for the clash on Saturday against Wales which could prove their downfall. A lack of game time could ruin momentum and allow Wales to make their mark in Montpellier.  However, their very fast and impressive back three could prove the difference on the weekend and throughout the tournament.

England enter the tournament hopeful, despite losing to France last year in what proved to be the decider. Much will be made of the fact that they are the only full professional XV side in the tournament. However, head coach Simon Middleton has been keen to play down the effect saying the Red Roses will feel the fruits of the extra time, effort and money being put into the squad over the next two years. A very creative team led by super fly half Katy Daley-Mclean England will be looking to inflict defeat over Ireland this Friday – something they’ll hope to keep doing throughout the tournament.

According to head coach, Rowland Phillips, Wales will approach France with a “no fear” attitude. Their young side performed well in the Autumn competing with Canada and beating Hong Kong and South Africa. Wales will want to cause an upset this weekend. “We came out of the autumn having moved our game on a bit. Our conditioning levels improved and on the whole, everything was just better,” said Phillips. Despite away trips to France and Italy early on, Wales will give a good account of themselves by the time they face England at the Arms Park in round three.

The Italians have some winnable home fixtures this tournament as they host Wales and Ireland. Before that, they will travel to Glasgow for a crucial clash against Scotland. Last time they faced Scotland in the Autumn they won 38-0, and if they beat the Scots there is a real chance of a third-place finish for the Italians.

The lowest-ranked side going into the tournament, Scotland performed admirably in the Autumn but lost their warm-up match against Spain 21-10 earlier this month. Their second-round match against Ireland at home could be a springboard for momentum in the tournament.

Placing third last year Ireland face a tough task in their opening game hosting England. But the Irish will be confident and want to build on a successful campaign last year. Team selection indicates that Ireland are looking to blood younger players this championship – possibly offering test match experience to those newer additions to the squad.

rugby, Six Nations championship, Women's Rugby
You may also like