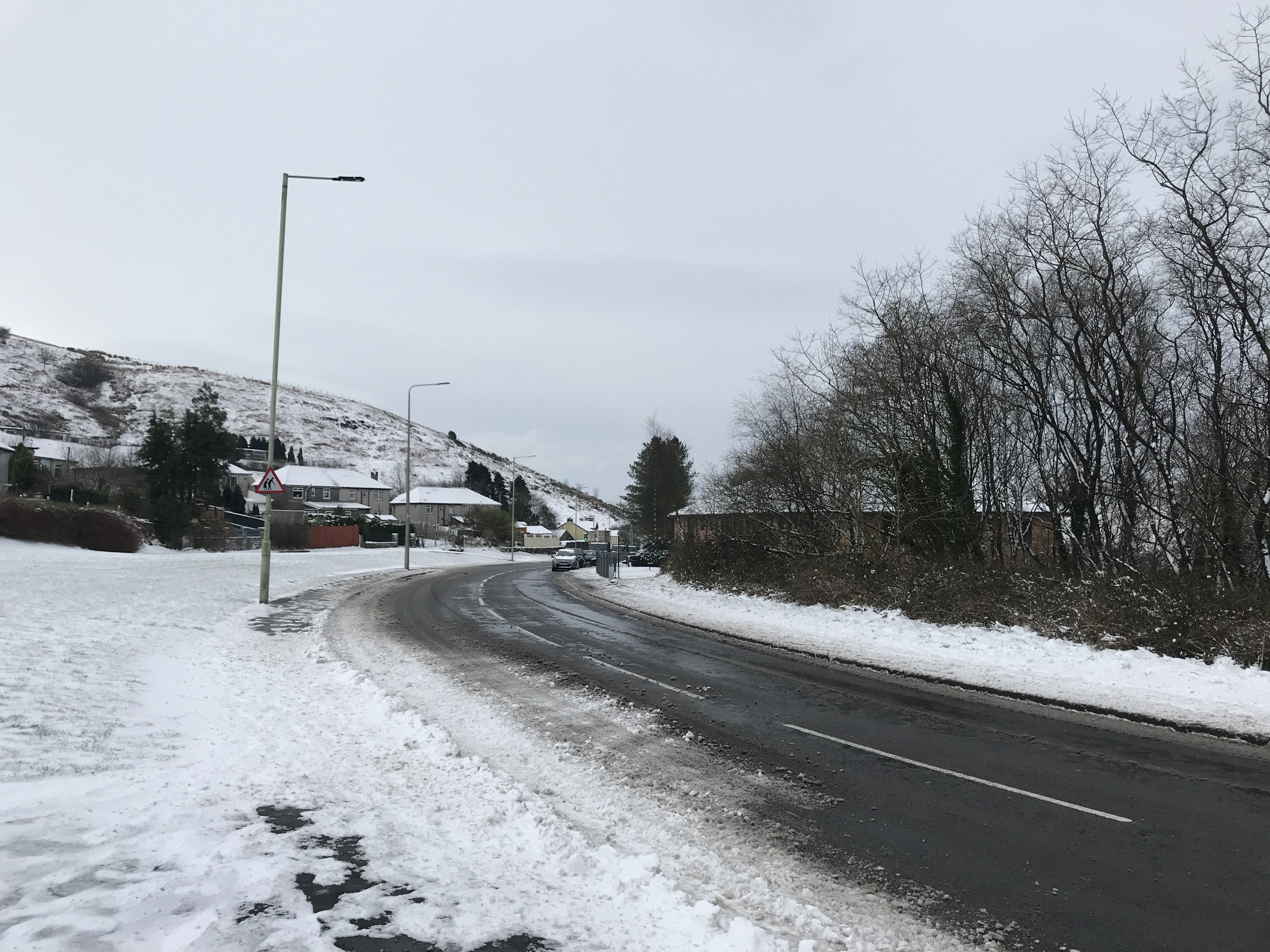 DESPITE Cardiff only receiving a couple of inches of snow overnight, safety fears resulted in more than 50 school closures and several flights from Cardiff Airport cancelled today.

Bishop of Llandaff and Cardiff High were the only secondary schools to open across the city. Llanishen High School initially said it would open but then announced it was closing due to travel and catering issues.

The Facilities Manager arrived at Bishop of Llandaff at 4.45am to clear snow and grit paths to ensure disruption was minimised. Despite this some school transport was cancelled without the school’s knowledge and some pupils who live further afield were unable to get in.

Closures and cancellations also hit Welsh rugby fans who have been left stranded at Cardiff airport as some flights to Paris in time for the Six Nations were cancelled.

Among the stranded fans was rugby player Sam Warburton, who is still hopeful he will make the gam Fears that snow will turn to ice.

e by travelling on the Eurostar.

Almost all flights from Bristol airport were cancelled today.

The Met Office has issued a yellow warning of ice across South Wales, going into tomorrow morning as remnants of slushy snowfall on roads start to freeze in the almost minus conditions.

All Transport for Wales services are running as normal and Cardiff Bus have had to cancel just one service with delays to two others. Neighbouring Rhondda and Merthyr valleys received the worst snowfall overnight with all schools in both counties closed this morning, leaving children to enjoy the snow day sledging.

Most treated main roads were left unaffected by the snow, but residents of Glamorgan Terrace, Gilfach Goch, have been out treating the side street in the hope of getting their vehicles safely out. Glamorgan Terrace resident attempting to ease the threat of ice with grit.

Traffic is said to be moving slower than usual but there are no major disruptions or road closures. Motorists are encouraged to leave plenty of time for their journey and drive with caution.

The Rhigos and Maerdy mountain roads were closed overnight but have since reopened. The Bwlch mountain road connecting the Rhondda to Bridgend remains closed as crews work to ensure the route is safe for drivers.