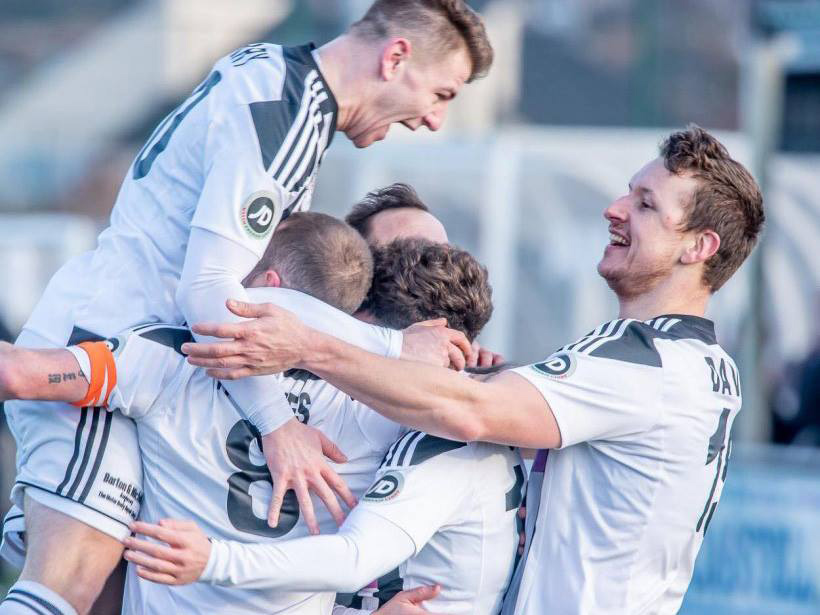 WITH eight games left of the league campaign Aber are breathing down Cardiff Met’s necks for the final European Qualification spot.

Met bounced back on Sunday with a comfortable defeat of strugglers Cefn Druids.

A goal from Eliot Evans and an Adam Roscrow double ensured a comfortable win and means attention now turns to tomorrow’s home fixture with Llandudno Town.

Despite sitting bottom of the league, the Seasiders are unbeaten in their last two and will be buoyed by their 3-1 defeat of Carmarthen Town last weekend.

However, the Seasiders haven’t kept a clean sheet in their last 15 games and boast the second worst defence in the league.

In January’s fixture between the two clubs the Archers came out on top with a resounding 3-0 win.

Cardiff Met will look to replicate that result this weekend, as the race for European qualification heats up.

Aberystwyth beat Llanelli town 4-2 on the weekend and are hot on Met’s heels as pressure for Europe simmers before the crunch match between the two next week.

Aberystwyth sit two points behind and have the psychological advantage of playing tonight – meaning they can move into the final play-off spot above Met again.

Bala Town sit one place ahead of the Archers and are only one point in front – but with two games in hand Met will be focused on sealing that last European Qualification spot.

With eight games left in the season – and a quarter-final against Bala to look forward to – the race for the play-off spots looks set to go down to the wire.

Seasiders’ striker George Harry bagged a brace on the weekend and the 20-year-old will look to add to his five goal tally this weekend.

Roscrow has five in 14 this season for the Archers and was the Nathanial MG cup hero a few weeks ago so will be looking to add to that tally against a team who have shipped 47 goals so far this season.