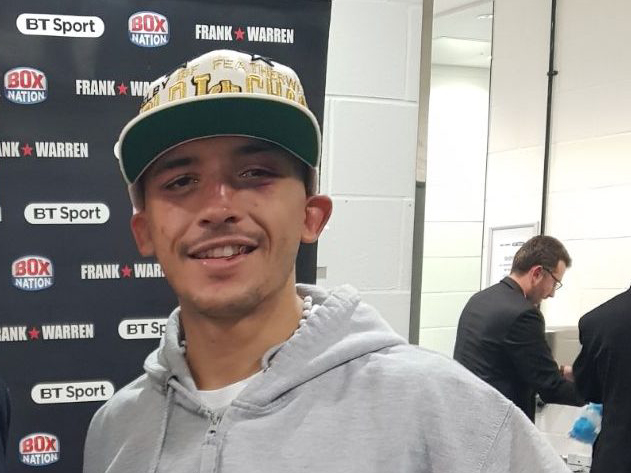 LEE Selby is looking to make a winning start at a new weight on Saturday night, as he takes on Omar Douglas at the O2 Arena, London. The Barry man returns to the ring for the first time since he lost his IBF featherweight (54 – 57 kg) title to Leeds’ Josh Warrington last year.

And the 32-year-old’s return won’t be at featherweight. After a number of difficult weight cuts, Selby has decided to compete at lightweight (59 – 61.2 kg).

Earlier this week, Selby told of his struggles to make the 57 kg limit required at featherweight. He told BBC Wales: “The weigh-in days I felt terrible. I could’ve been seriously hurt.”

However, he has opted against taking on an easy opponent for his debut bout at  a new weight.

Omar Douglas has lost just two of his 21 professional fights. The 28-year-old American comes into the contest off the back of a unanimous decision victory over Haskell Lydell Rhodes last summer.

A win on Saturday night will be the start of Selby’s journey to reclaim a world title. Meanwhile his brother, Andrew Selby, is heading to Mexico next month where he faces Julio Cesar Martinez Aguila in a world title eliminator.

The younger Selby is on the comeback trail after being stripped of his boxing licence. A win in Mexico will make ‘Superstar’ the mandatory challenger for the WBC flyweight belt, currently held by England’s Charlie Edwards.