Strength training for the elderly brings fall in number of injuries 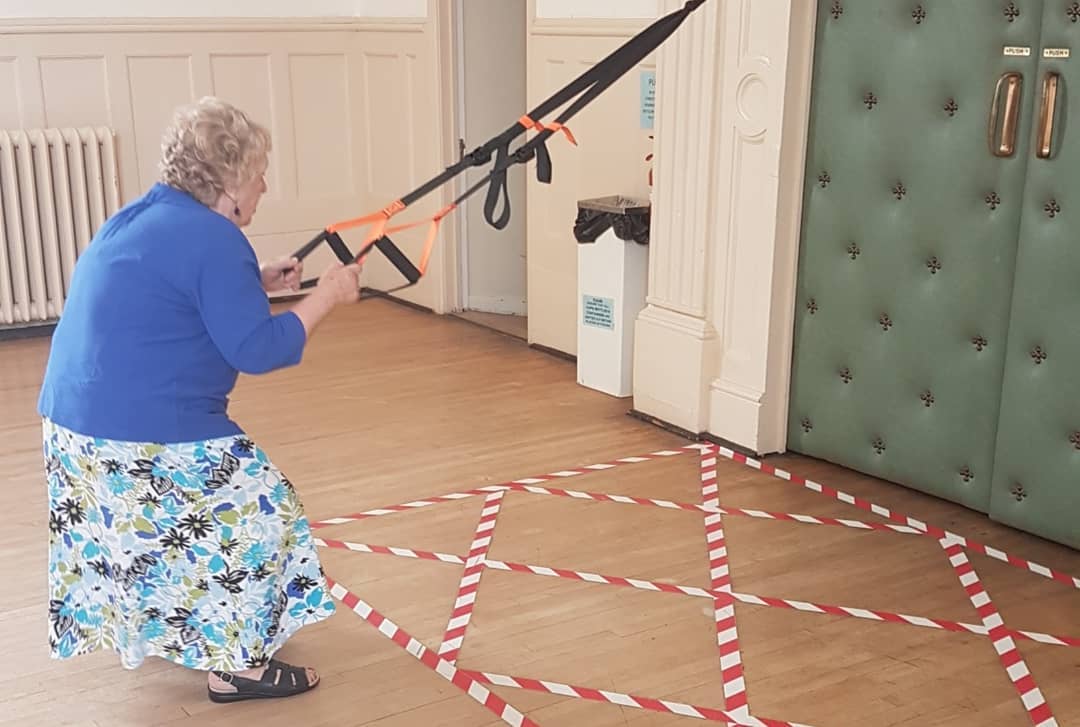 Posted by ElderFit on Tuesday, 12 February 2019

A WEEKLY workshop aimed at reducing falls among Barry’s elderly is set to start March 4.

The class will take place every Monday at 12.45pm in Barry Hospital and is run by an organisation called ElderFit.

The session is aimed at all elderly people regardless of ability, as the objective is to increase resistance to falls among that age group.

Tom Scaife, ElderFit co-founder, said to The Cardiffian: “A fall is one of the biggest hospital admissions for the over 60’s and once a person gets over the age of 80 the percentage of recovery is hugely reduced.

“A fall can lead to injury, death, lack of confidence and keep many people in their homes because of the fear of a fall.

“We keep log books of our attendees and we have proven over an 8 week period we increase balance, strength and confidence from our classes.” As the strength and mobility training is run with groups, an added bonus of the service is that it brings together a section of society that struggle with socialising.

Fifty nine per cent of over-50s with poor health report feeling lonely, in contrast to 21 per cent of people the same age with good health.

Loneliness increases the chance of mortality by 26 per cent.

According to ElderFit, 90 per cent of service users report improved wellbeing and 81 per cent see increased confidence in walking.

Anne Leonard, 69, recently started attending ElderFit classes. She said: “The classes are in a comfortable environment with no pressure to do anything that is painful or difficult.

“The people I’ve met are welcoming, put you at ease and it’s good to share common purpose of improving general fitness well-being and balance.

“As my main health problem is vertigo going to Elderfit then led me to trying Tai Chi which is proven to be as beneficial an exercise for those over 50 as Zumba and is very good for improving balance and peace of mind.”

ElderFit has been running in Cardiff since 2015 and was made a Community Interest Company that year, as its profits do not go to shareholders but are invested back into local communities.

The company plans to spread the classes across Wales through creating an “instructor franchise” system.

Further information about classes can be found here.

Barry, elder, Elderfit, Elderly, exercise, fitness
You may also like