Home > Where You Live > City > Can the council do more to tackle Cardiff’s match day rubbish?

Can the council do more to tackle Cardiff’s match day rubbish? 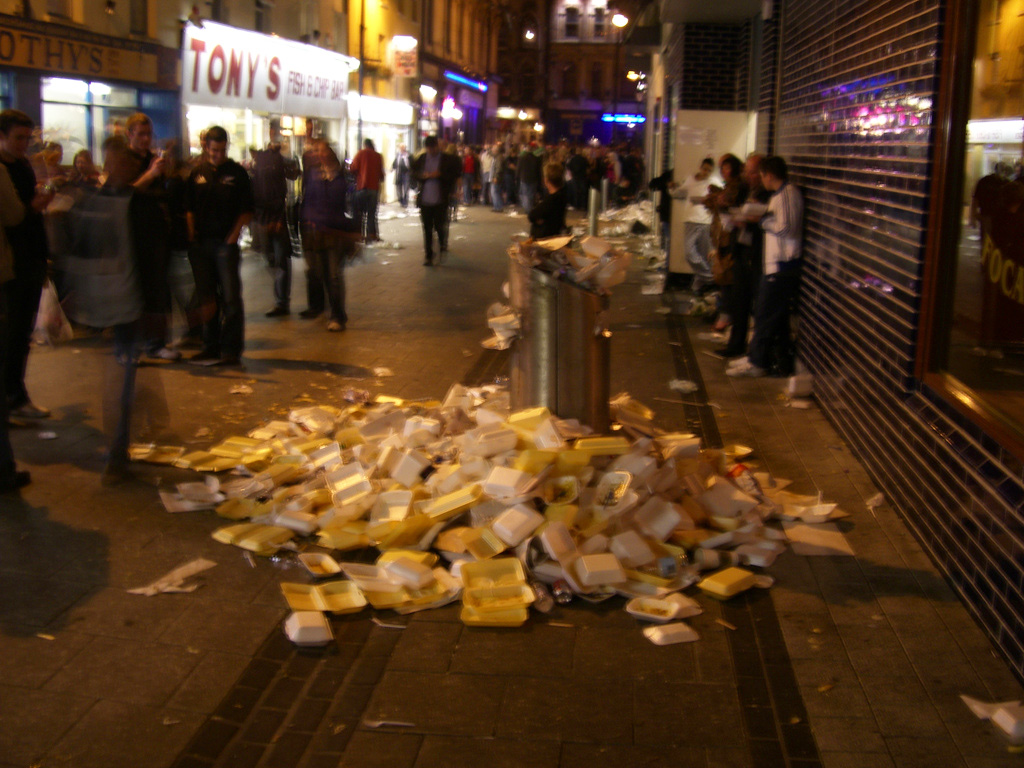 ON Saturday over 130,000 Rugby fans came to Cardiff to watch Wales beat England – and left the city’s streets covered in rubbish.

Images of the waste circulated on social media, causing #Rubbish to trend on Twitter in Cardiff.

This rubbish accumulated despite what a council spokesperson called a “proven track record’ of the council cleaning the city during these games.

The council’s clean-up crews started cleaning the centre once the game started and people were off the streets. They left once the match finished and worked from 4am until 10am the next day to remove the rubbish.

“Extra resources were brought in to clean up the city in the early hours of Sunday morning and the team do a very good job in often challenging conditions,” the spokesperson added.

But some residents in Cardiff, thought their efforts were not enough.

Marilyn Brett, 72, from Penarth, was in the city centre on Sunday morning and saw the rubbish.

“I think the council should prepare better. They knew that there was an event, so they should have cleared it as soon as possible so people can shop in peace,” she told The Cardiffian.

Tom Ingram, 34, a bartender from The Moon, on Womanby Street, said that one of the reasons why there is so much rubbish on match days is because bar staff are required to use plastic cups instead of glasses.

He also said that while he understands why the rubbish piled up, he believes that the council could be doing more to prevent this from happening again, such as adding more rubbish bins.

“It is obvious that in some locations like in the centre, there isn’t enough rubbish bins,” she said.

“Putting in bins with better signs for special events on it would make a huge difference.”

However, the council spokesperson described the amount of rubbish as “business as usual,” and that the reason that they do not have large bins available after games is because of security concerns, as they would have to be checked by the police.

Karren Jones, 45, who works at Fabulous Welshcakes, told The Cardiffian that the amount of rubbish that was seen in the centre was normal.

She said: “You expect stuff like that when you work in the centre, especially when there is a game at the stadium.

“There were bags of food outside our shop when I came to work on Sunday, but the council picked it up that day. They did a good job.”

RBS Six Nations, rubbish, rugby
You may also like