Home > Where You Live > City > ‘Get on’ and build Cardiff’s new bus station, say passengers

‘Get on’ and build Cardiff’s new bus station, say passengers 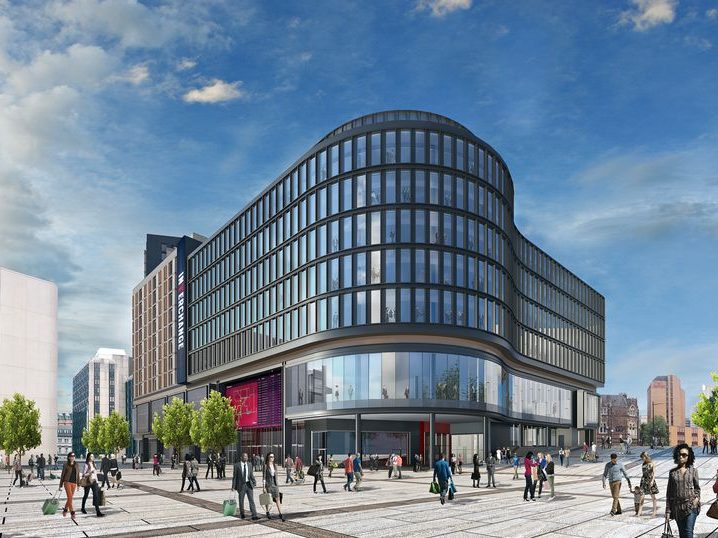 WORK is due to start on Cardiff’s new bus station later this month, and for passengers the work can’t start soon enough.

The new bus station which will be in Cardiff Central, between the new BBC Wales headquarters, Wood Street and Cardiff Central Station will cost £100 million and will replace the old station that was knocked down four years ago. The site is intended to be a mixed-use project with a 14-stand bus station at ground level, 87,000 square foot of office space above the station, 300 private apartments and a new car park with spaces for 250 vehicles of which around 175 will serve the new HQ for BBC Wales.

It is being financed by Rightacres who have developed much of Cardiff Central, the Welsh Government who acquired the site for £12m from Cardiff Council last year, and financial services giant L&G who will be financing the apartment part of the project.

However, passengers are expressing worries over the project which will be handled by Transport for Wales.

Scarlet Jennifer, 23, from Cardiff Bay said: “To be honest the bus situation in Cardiff is pretty dire so yes, we definitely need a bus station of some kind. I’m not sure about the flats, the last thing we need in Cardiff is more luxury apartments.

“As for the space I hope it’s safe for pedestrians especially wheelchair users. With that park that’s going to be built across the road and the amount of people I worry if it is going to be that safe with all those buses in one tiny space.”

The project is scheduled to take between two and two and a half years to be built, but the hope is that the bus station will be operational before the above floors are. Angela Heathcote, 79, who grew up in Cardiff and has lived in South Wales all her life said: “I used to come down from Brecon, get off the bus and be at the next bus. Look we need a bus station. Even if it takes three years then we’ll have one. At the moment I have to walk all over Cardiff to get to the right stop so it being in one place will help.”

Ms Heathcote, like many, had questions over safety and congestion with the number of people in Cardiff city centre. “What I ask though is how congested is the area going to be? With the BBC, offices and flats and then one lane for buses it’s going to be busy. But then again, we need a bus station, I don’t know but this isn’t the city I was born in,” she said.

Plans were approved a year ago, however, delays have been rife with the project, with much of it being put down to negotiations between the three partners. Gina Williams, 62, from Fairwater said: “It’s about time it’s being built because it’s too dangerous down here with all these people. It must be so hard for drivers. Is there going to be enough space for these buses? I don’t know there seems to be a lot of money wasted in Cardiff on transport.”

However, the main sentiment was that most are glad it is being built. As one anonymous passenger put it: “They should have left it how it was before. It’s so annoying walking all around Cardiff to try and find your stop. We need a bus station I mean two and half years is a while but at least they’re building it.”