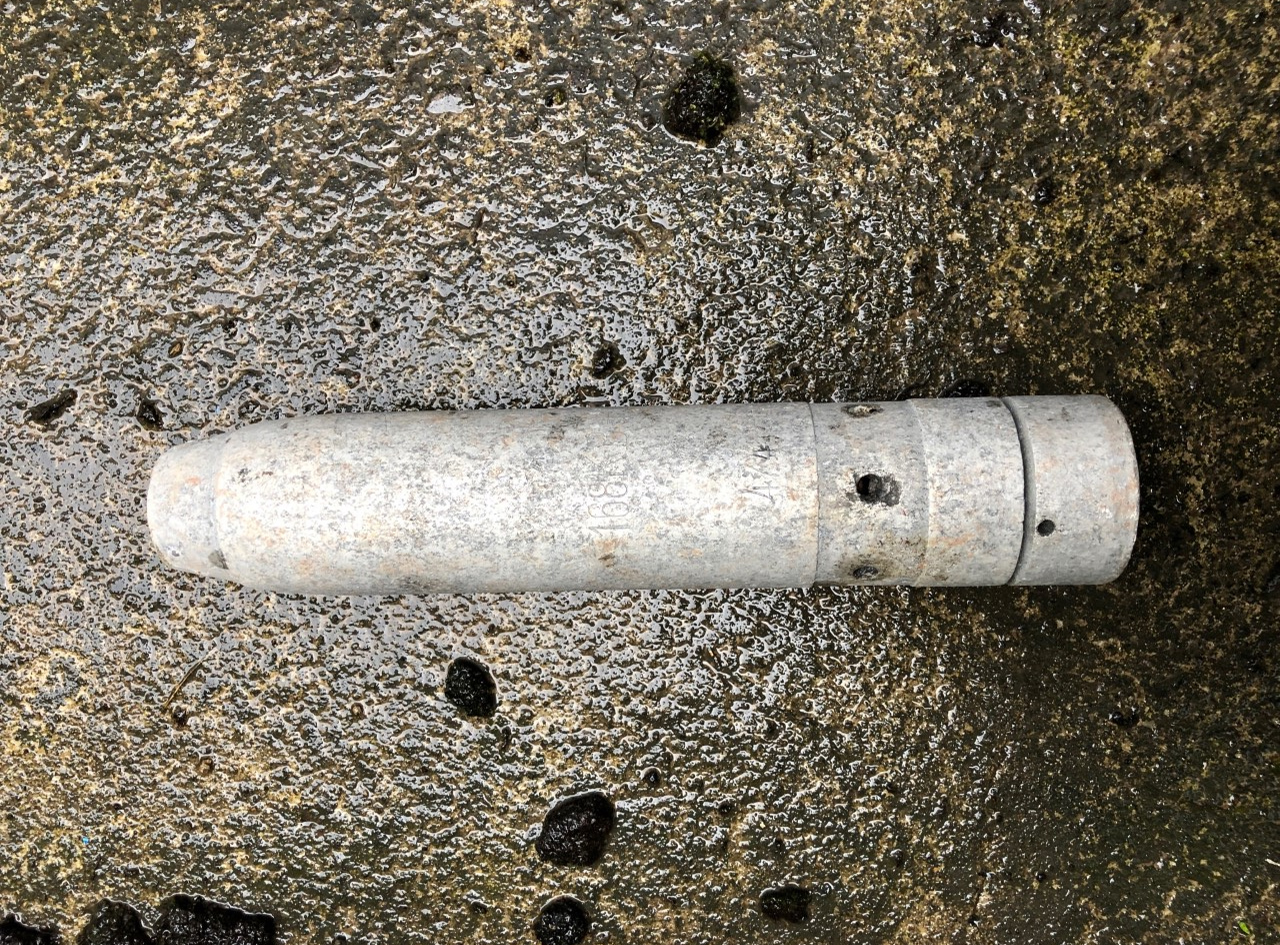 Tammy Ryan, 41, was on a beach walk with her daughter, husband and dog when they found the bomb yesterday.

“We didn’t realise what it was, we just took it home and thought it was something that washed up in the storm,” said Mrs Ryan.

Mrs Ryan and her family took the bomb back to her home in Andrew Road, Penarth.

It wasn’t until she used Google Lens image recognition technology, that they realised it was a WW2 incendiary device.

Mrs Ryan, who works as a paramedic, called South Wales Police who evacuated her neighbours to Penarth Leisure Centre and cordoned off the area.

Police also closed Barry Road, between the junction with Penarth Road and the turning to Llandough.

“I was absolutely mortified; it was rather embarrassing.  We sincerely apologise,” said Mrs Ryan.

She said that they normally take things from the beach, like beech wood or shells.

“Obviously, we have never taken a bomb home before,” she continued: “Luckily we had the thought to remove it from the beach, if kids had found it who knows what would have happened.”

“Some of them stayed late, and they gave us tea and coffee,” said Mrs Ryan.

She added that some of the children joked that they should have brought their swimming kit.

A spokesperson for South Wales Police said: “Army bomb disposal units were deployed and the item was confirmed as a live incendiary bomb and safely removed.”

Due to the road closure, many commuters faced a nightmare journey home on Monday evening.

At 7.30pm, Capital South Wales reported that that traffic was delayed by over an hour.

Nick Skinner, a TV producer and Penarth resident, said it took him over an hour to get from Pontcanna.

“It was one of the worst jams I’ve seen. I’d thought it’d be easy to get home as it was half term, but I basically hit gridlock from Grangetown all the way to Penarth,” he said.

“I usually cycle but I’d taken my bike to be fixed –   I’d really picked the wrong day to drive!” He joked. “Thankfully I’m now back on two wheels.”

The railway line, which runs over Andrew Road, was later blocked by a hanging TV mast near Grangetown, and train commuters faced hours of disruption

At 6pm, Transport for Wales announced on social media that all lines between Cardiff and Penarth were cancelled due to a ‘hazard’ blocking the line.

A ticket acceptance with Cardiff Bus was put in place but the bus services were also being affected by the road closure.

“Next time we find something unusual on the beach, we will do our research there – not at home,” said Mrs Ryan.