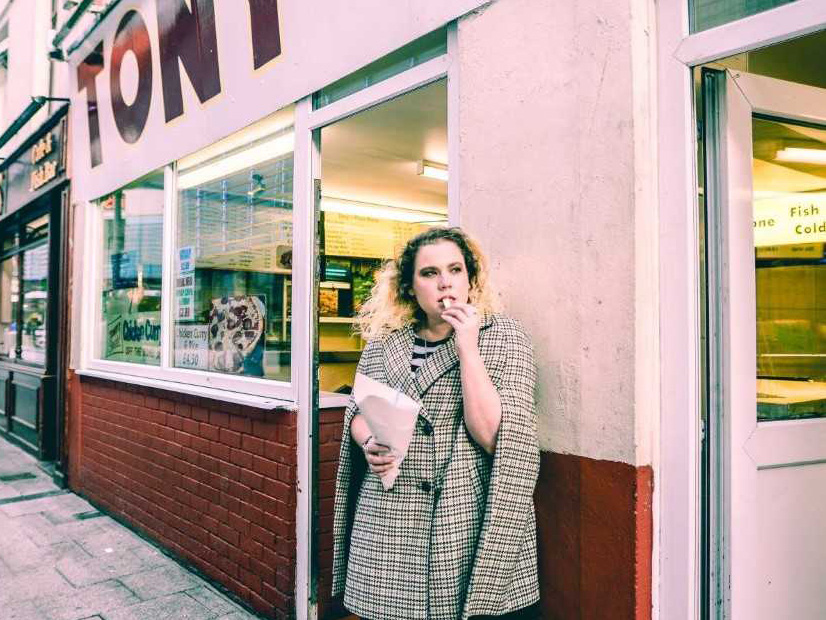 “WE DON’T just want to be the femme fatal, the wilting flower or maternal figure.

“We want women who are representative of us.”

It is International Women’s Day and Rebecca Jade Hammond – a Cardiff-born producer, writer and actress – has just been nominated for the second time for the top 100 Welsh Women List. It’s not a surprise considering the work she is doing for women in the arts.

Rebecca set up the group Welsh Female Writers (WFW) in May last year, after her London-based theatre company Chippy Lane Productions identified barriers for female writers and an under-representation for Welsh women within that.

The idea for Chippy Lane itself was originally planted by her own negative experiences as an actress and writer.

“I turned 30 and I was an actress not getting work at that time,” she said.

“I thought, sod this, I am going to make my own work. I’m fed up of not working and seeing things that could be done better.

“As a woman, I felt sexism in the theatre and I wasn’t being heard because the voices of the men were louder.

“So I set up Chippy Lane with the principles and morals I believed that people should follow.” Chippy Lane Productions was founded in 2016 by Rebecca with the mission to promote ‘Welsh and Wales-based theatre and talent, to audiences in and beyond Wales’.

Welsh Female Writers has become a hugely important part of Chippy Lane, and pushes for real stories from Welsh-born women writers to be shared outside of Wales.

Rebecca explained: “In London, people want to hear stories from everywhere. There is a profoundly patriotic Welsh community in London and a thirst for stories to be shared.”

The Welsh Female Writers group meet once a month to either share their own work, get advice from Rebecca and her playwright or just to chat.

She does this all for free, excluding a small fee for the room.

“When I run the group there are people who want to trail their scripts, just want to chat or for advice and guidance

“It’s a real collaborative supportive environment; it’s like a mothers meeting but with gluten-free polenta cake.”

After a few months of meeting, Rebecca decided to do their first event Who Run The World?, appropriately inspired by feminist icon Beyoncé herself.

“Women have been given too many barriers to face already so I’m not going to give them any barriers. I wasn’t going to make it a competition, if anyone wanted to have a go and show their work, they could.”

One of the biggest barriers Rebecca has found with female writers is the lack of confidence against their male counterparts.

“I found that actually 50% of the time, in those groups, it’s about confidence. They need the confidence to pick up a pen and just do it.

“Men pick up a pen and think they can be a writer whereas women are more apprehensive – it’s been about giving them courage and bolstering them up to actually do it.

“Who Run the World was an incentive to women to write and show their work.”

There are a variety of stories being brought to the stage from one-woman pieces to a dark comedy about grandparents kidnapping their grandchild to a play following three generations of Welsh women dealing with the lack of men in their life.

For many of the writers who are also actresses, writing their own work is undeniably powerful.

“It allows them to create representatives of themselves – see things they want or to emulate or break away from the stereotypes.”

Although empowering women is Rebecca’s primary focus, she understands the importance of equality which is why any performance with Chippy Lane has equal numbers of men and women in every aspect, writing, acting and directing. Some of the women from the Welsh Female Writers group.

A driving force for both Chippy Lane and Welsh Female Writers is the under-representation of Welsh lives and stories.

Rebecca explained the importance of this: “I think there is an under-representation across TV and film. As soon as stories are taken out of Wales, I know it’s being shared beyond here which is what we need.

Unfortunately, the under-representation and lack of opportunities are heavily entangled with funding concerns.

Rebecca is pioneering opportunities for women writers from Wales to champion their abilities and break through the boundaries and stereotypes of writing they have previously been confined to.

This group has a bright and powerful future. Fierce, focused and illuminating; the fruits born from Rebecca’s work are proving successful and worth keeping an eye on.

Who Run the World is being shown on Monday night at the Red Lion Theatre in, Islington, London. Click here for more information on Chippy Lane and here for Welsh Female Writers. 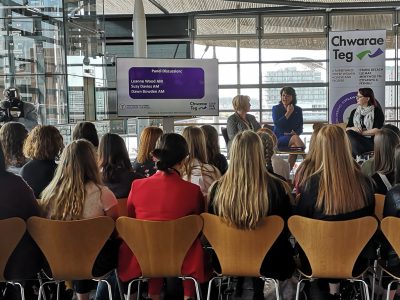