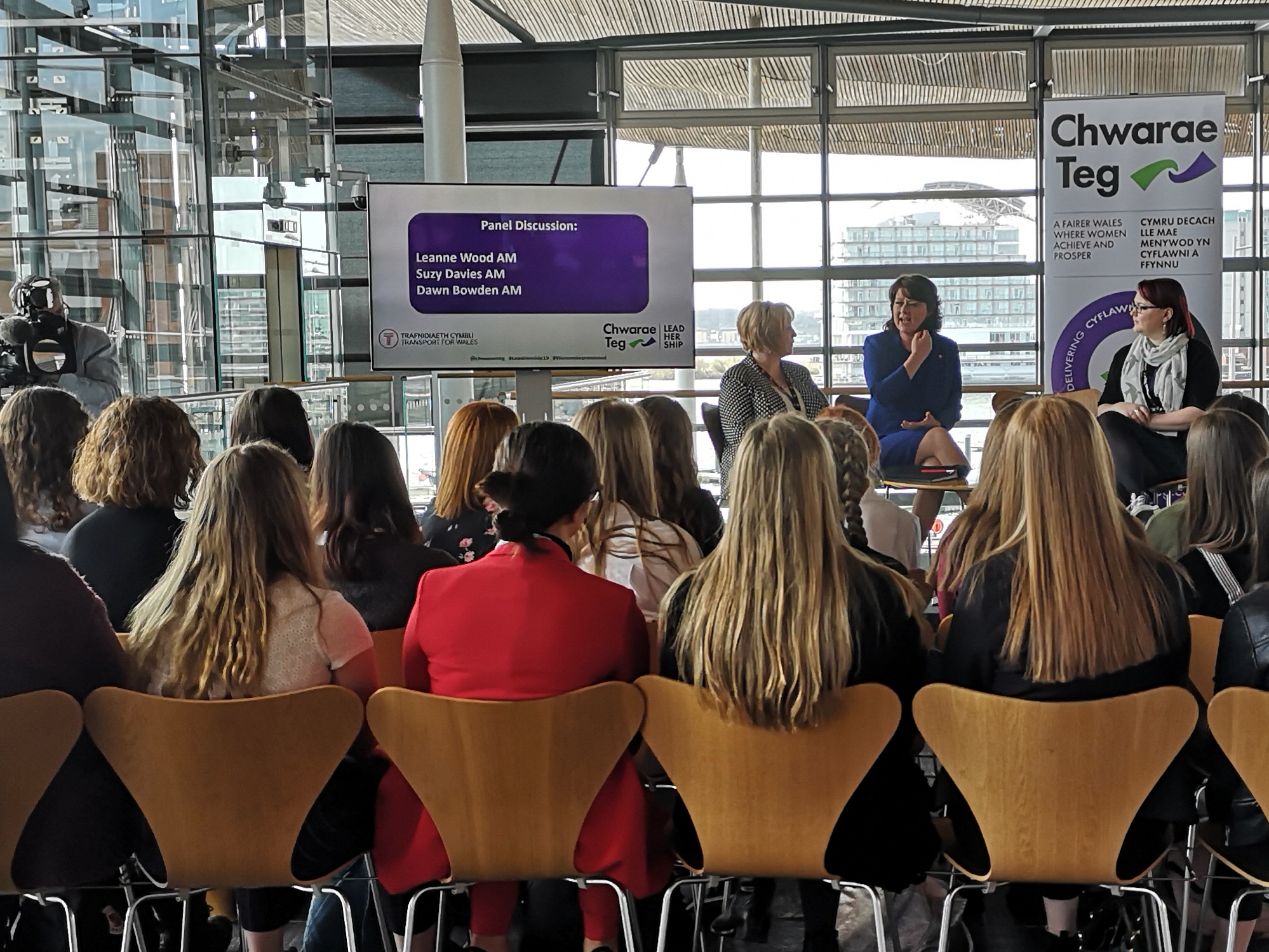 YOUNG Welsh women were inspired by Assembly Members today to think about a career in politics.

An event run by women’s charity Chwarae Teg called LeadHerShip, brought 21 women from across Wales together with the Assembly Members whose decisions shape their country.

Throughout the day, they got the chance to see a day in the life of an Assembly Member, attend First Minister’s Questions and take part in a discussion similar to a debates in the Senedd.

Polly Winn, 24, organised the event, she said: “The aim is to encourage young women to raise their aspirations and consider future leadership positions.

“It gives them an insight into what it’s actually like for an elected representative and demystifies leadership.

“Traditionally politics has been male dominated, with old boys networks that help them into political life.

“We want to give women those same opportunities, we have a saying – you can’t be what you can’t see.

“So last year, a lot of the AMs gave the women a chance to shadow them in their constituency offices afterwards.”

According to organisers, 100 per cent of last year’s participants said they would recommend the event to other women. The group being welcomed to the Senedd

Female representation in the Senedd is 47 per cent, higher than Westminster’s 32 per cent.

“The National Assembly do really well, at the moment we have 47 per cent female representation, but that’s through accident rather than design.

“Labour are propping up gender representation, more than 50 per cent of their AMs are women, but the political problem is much wider.

“Only 18 per cent of council leaders are female, for example.”

LeadHerShip was sponsored by former Plaid Cymru leader Leanne Wood, who took part in the debate.

She was asked how she deals with the kind of online abuse that women in particular receive.

She said: “If someone resorts to sexual harassment then I think they’ve already lost the political argument.

“They don’t want to hear what you’ve got to say, sometimes you’ve just got to tell them to jog on.”

Nia Diamond is 19, from Cardiff and took part in today’s event.

She said: “It was inspiring to meet AMs who are women and find out how they got here – and to get an opportunity to speak in the chamber.

“It has inspired me in the sense that this event shows you how many things in daily life are political.

“You can work in politics but also business or with charities like Chwarae Teg to get involved in politics.”

Kathryn Frings, 17, from Mold said: “I have always been really interested in politics and have wondered how it all works.

“It was really good, mainly just for the experience of being here and seeing what politicians actually do.”

Ellen Weller, 17, from Cardiff said: “It’s eye opening being able to get a first hand experience of what I want to do in the future.

“I have always been interested in politics and today has made me think about the future and whether I could be an AM or even PM.”

This is the second year that Chwarae Teg have run this campaign for women aged 16 to 22 and will be running it next year as well.