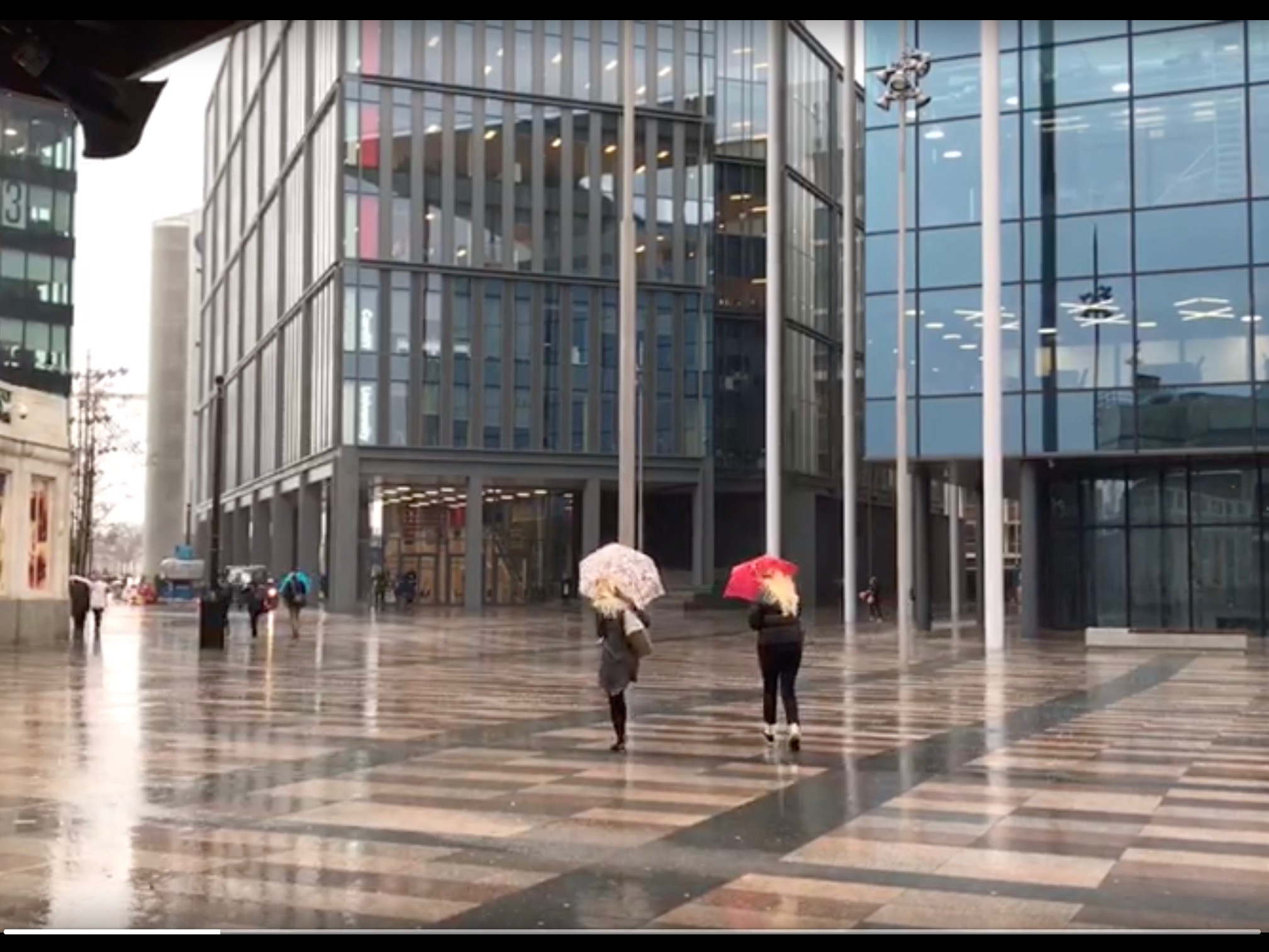 Cardiff could see gusts of up to 65mph during the storm, with the Met Office yellow warning lasting from noon today until 3pm tomorrow (Wednesday).

Cardiff experienced high winds and heavy rain throughout this morning.

The Met Office issues yellow weather warnings to alert people to think ahead about their travel and day-to-day activities due to possible disruption.

Very strong winds associated with #StormGareth bring the risk of travel disruption and loss of power – stay in touch with the forecast and remain #weatheraware pic.twitter.com/n20tFLWS2R

Storm Gareth is a large area of low-pressure, bringing high winds and rain to much of the UK and winds could pick up during the evening rush hour.

The strongest wind gust in Wales so far was 62mph recorded in Gwynedd earlier today.

In today’s alert, the Met Office said strong winds meant delays to journeys were likely for bus and train services and high-sided vehicles, like lorries, on exposed routes or bridges.

Earlier in today the M48 Severn Bridge was closed to all eastbound traffic and high-sided vehicles on the westbound carriageway but was open to all traffic by 10.16am.

Updates on the Severn Bridges can be found here and the Welsh Government’s road traffic and alert map can be viewed here.

There are currently no major delays on trains or buses around Cardiff, but you can check for updates on Cardiff Buses here and from Transport for Wales trains here.

#StormGareth will bring very strong winds for Tuesday evening's rush hour, as well as heavy rain for some too. Hill snow will affect parts of Scotland. Stay #weatheraware pic.twitter.com/Wv4FYUt4qC

At the time of writing, no properties were without power, apart from two in Pyle, near Bridgend, but according to Western Power Distribution, this is due to a local fault, not the weather.

The bad weather is set to continue into the weekend when Wales go for the Grand Slam against Ireland at the Principality Stadium.

Earlier today, WalesOnline reported that Cardiff Council has scrapped plans for a big screen to show the match in the city centre due to bad weather.

Here is a look at the highest wind gusts so far today #StormGareth pic.twitter.com/ACWPVnsppT

A Cardiff Council spokesman said: “We were in discussions with interested parties but the weather forecast creates too much risk for such an open-air event.”

Although Storm Gareth will have passed by Saturday, heavy rain is forecast.

This weather system has been named Gareth as part of the Met Office’s Name Our Storms project, which was launched in September 2015.

The Met Office said: “The naming of storms… should aid the communication of approaching severe weather.

“In this way the public will be better placed to keep themselves, their property and businesses safe.”

The public suggested over 10,000 names for storms last year and the Met Office chose names from these suggestions in partnership with Met Éireann, the national meteorological service in Ireland.

The Met Office added: “A storm will be named when it has the potential to cause an amber ‘be prepared’ or red ‘take action’ warning.”

The next storm to meet these criteria will be named Hannah, according to a list of potential storm names on the Met Office website.