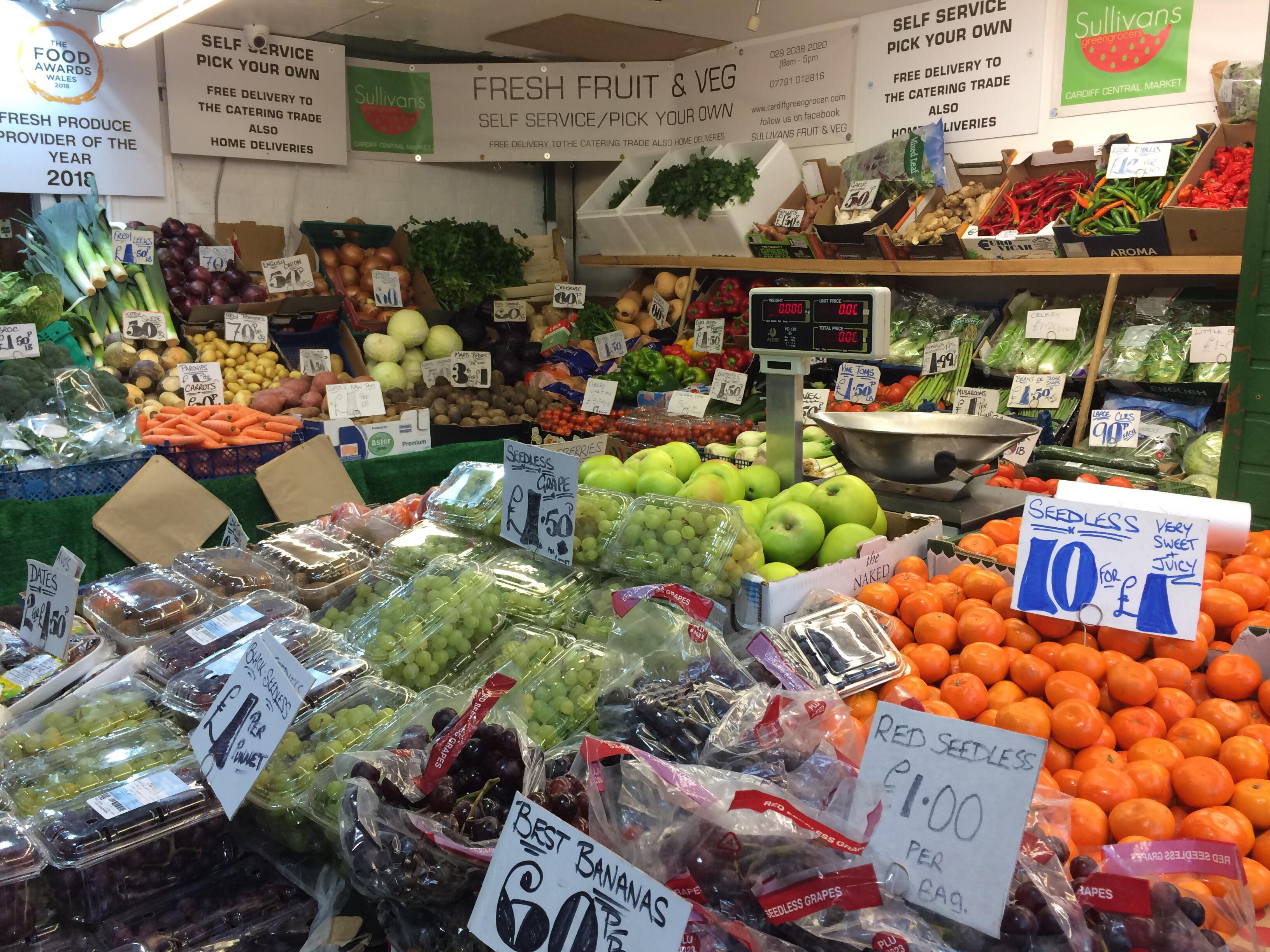 Researchers, funded by STFC + Food Network, are working on tech that “smells” when produce goes off

NEW technology is being developed by researchers in Cardiff that can ‘smell’ when food is going off.

The technique, which is commonly used in space science, tests “molecular markers” which pinpoints when produce is at its freshest and when it will spoil – potentially saving tonnes of food waste.

Greengrocers across Cardiff welcomed the potential technology, which is being developed by a team at Cardiff University, saying it would be good for business.

Jackson Bright, of Sullivan’s High Class Greengrocers in Cardiff Market, said: “When we buy from the wholesaler, if we know when it’s going out we could haggle a good price and sell it on at a fair price.”

Mr Bright said most products show clear signs when they are about to perish, but with a lot of fruit and veg such as easy-peelers and berries it can be much more difficult.

He said: “Fresh stuff always goes off quicker than the things you buy in supermarkets, but some are difficult to say.

“A better gauge to go by then just experience, knowing exactly when it will go out, that would help.” Sheryll Holley, who buys her fresh produce from independents and supermarkets, says she throws away a “fair bit” each week.

She said: “It’s a very clever idea and it would be very helpful to have a clearer idea of when the fruit and veg spoils.

“The amount of times I have bought something, and it’s spoiled quicker than I thought is quite frustrating. If I knew its shelf life exactly, I would probably throw away less.”

Lauren Williams, from Splott, has said she stopped buying fruit and vegetables from supermarkets as they spoiled quicker and started buying from markets when she needed it.

She said: “Maybe I would bulk buy more if the dates were more accurate, rather than for each meal.

“Maybe it would be useful to some degree for business, but ultimately nothing beats picking something up knowing it’s still good or not.”

The team of researchers are now developing a system that measures the quality and freshness of produce, allowing better measures of shelf-life and help tackle food waste.

Through their research they have identified the “molecular markers” given off by rocket leaves before it goes off and want to apply this to other produce.

Dr Hilary Rogers, one of the researchers working on the project, has said: “It’s quite difficult to tell using our noses when something has spoiled.

“We are hoping that by creating a technique that can better assess the quality of the produce we will be able to reduce waste by allowing the industry to make better informed assessments of shelf-life.”

Dr Rogers said it would provide a more accurate shelf-life, however, changes in the conditions of how it is stored would affect that.

The team are now aiming to develop a system that uses this research in an easy and cost-effective way for the food and drink industry.

The team are now working on a device that is small, portable and cost-effective so that it is useful for the suppliers and retailers.

Dr Rogers, from Cardiff University, said: “Our biggest challenge now is to take this complex technology and apply it to a cost-effective platform so that it can be used at different points in the supply chain, from production through to retail.”

Dr Morgan and Dr Sheridan have previously created a shoe-box sized version of a GC-MS for space missions such as the Rosetta Mission.