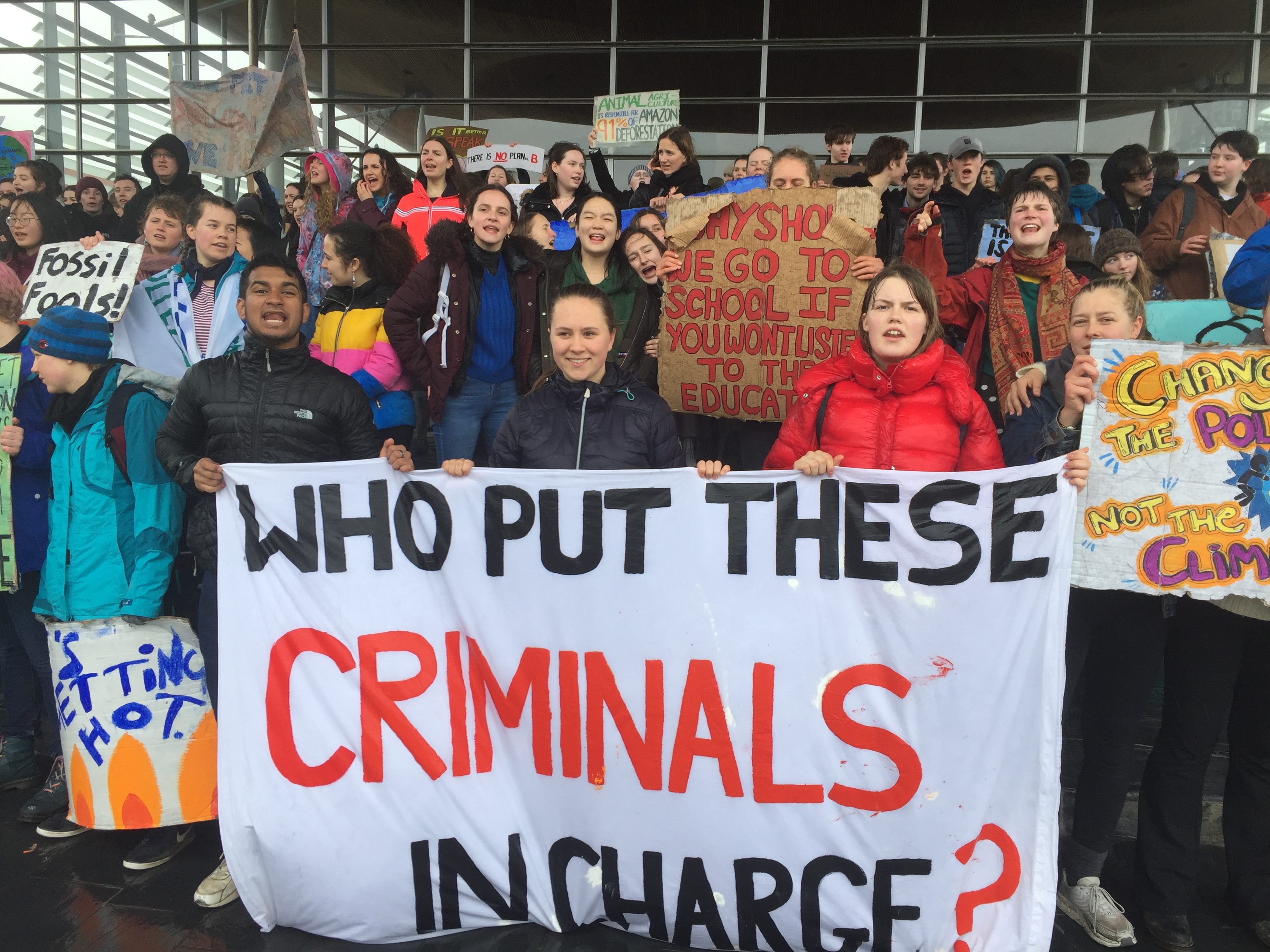 HUNDREDS of schoolchildren braved the 40mph winds and rain today to march across the city to demand action on climate change.

More than 600 pupils from schools across South Wales took part in Cardiff’s second school Strike For Climate change, shouting “Whose future – our future!”

The strike was part of the global #strike4climate movement with youths from over 100 countries taking part amid growing frustrations at politicians for failing to tackle the ecological breakdown.

The first strike drew crowds of approximately 400 on February 15th, a day when the sun was shining brightly.

But as the tail end of Storm Gareth blew through the Bay, a much larger number of protesters turned out, dressed in wet weather gear.

Cardiff’s movement appears to be increasing in size. It has been inspired by Greta Thunberg, 16, who has been nominated for a Nobel Peace Prize after her lone protest outside the Swedish Parliament building demanding her government take action on climate change.

At 10am the group met at City Hall and were promptly moved on by security as cameras and filming were not allowed.

Aided by police, the vocal yet peaceful group made their way through the city centre causing a stir among the mornings shoppers who cheered them on as they passed.

Traffic was stopped to allow the schoolchildren to make it down to the Senedd safety – despite 40mph winds and heavy rain. Once at the Senedd, an open letter was read out by Beth Irving, the 17-year-old strike organiser from UWC Atlantic college in the Vale of Glamorgan.

“Young people make up more than half of the global population. Our generation grew up with the climate crisis and we will have to deal with it for the rest of our lives. Despite that fact most of us are not included in the local and global decision making process.

“We are the voice of the future of humanity.. We will no longer accept this injustice. We demand justice for all past current and future victims of the climate crisis.

“We have the right to live our dreams and hopes.

“You have failed us in the past and if you fail us again, we the young people, will sort it ourselves.” The movements has four demands:

After Beth spoke, people were invited to come up and share their thoughts and the contributions included a moving poem about mother nature dying.

Joshua Mcarthy, 18 from Bargoed in Caerphilly, was one of the people to take to the stage.

He said: “I’m here today because I really feel there is no point me continuing my education and getting the certificates associated with it if we are going to be under water in thirty years.

“I really genuinely think we are facing a very dangerous future if we don’t take action now.

“I think the Welsh government needs to crack down on anything to do with fossil fuels, they need to move towards a carbon neutral future and use more renewable energy. We need to stand up and say when the UK government won’t act, we will, regardless of the constitutional blocks in place.”

One of the youngest strikers was 5-year-old Dylan Cornelius who was there with his mother Sara Woollatt, 41 from Penarth.

Dylan, who started the chants going, said: “I want people to pick up litter and turn off their taps.”

The next strike is planned for April 12th and hopes to bigger again. Cardiff’s second Strike for climate has kicked off, huge number of students marching from City Hall to the Senedd to demand action. #Strike4Climate #cardiff @EmmaElgee on the scene pic.twitter.com/mUZNV20AOT 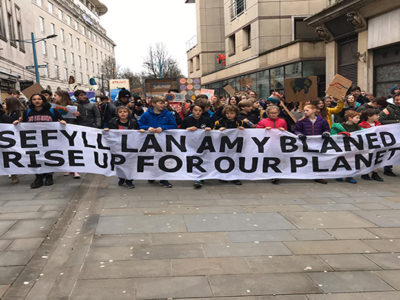