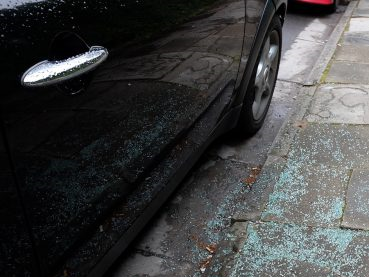 BROKEN glass is being allowed to build up on streets in Cardiff, according to residents.

Residents from several wards, including Canton, Riverside and Cathays, told The Cardiffian that the council are failing to address the issue.

Hannah Roberts, from Maindy, said: “I tweeted the council two weeks ago about broken glass on the pavement near me.

“They tweeted back saying they’ve reported it to street cleaning team. The glass still hasn’t been cleared though.”

The issue of council street cleaners being unable to pick up glass has angered residents.

@cardiffcouncil @CaroWild @CllrIonaGordon I'm sick of the growing amount of broken glass in my area. Cowbridge Rd, Wyndham Place, Lewis Street. They've been here weeks. The street cleaners say they won't pick up because of health and safety. What about our health and safety? pic.twitter.com/HnCWOqGIYK

Cardiff Council responded to this tweet, saying that street cleaners should report broken glass to the council if they do not have the correct equipment to pick it up themselves.

Richard Parnham, from Cathays, said: “This situation is long-standing and ridiculous. Every other place I ever lived has street sweepers and brooms. Cardiff street cleaners have tongs to pick up litter and no brooms – so broken glass is never picked up.

“Add students leaving beer bottles on the streets (partly due to a lack of bins) and recycling collected in plastic bags (which break) and you have a recipe for broken glass hell.

“But, because councillors don’t care about dog walkers, this problem won’t be fixed.”

The Cardiffian received complaints from across the Welsh capital, but the majority were from Cathays’ residents.

Carol Bennison, 70, from Cathays, said: “There’s lots of broken glass in Cathays Terrace. I sometimes have to pick my dog up to get through it. I have seen students in groups walking to town at 11.30pm.

“They pass around bottles of vodka etc. Then they throw the bottles in the street. If they don’t break they stamp on them.”

Councillor Michael Michael, cabinet member for clean streets, said: “There are less complaints about litter under Labour than when a Lib Dem-Plaid coalition ran the council.

“Also, some of these reports are false. On the issue of fly-tipping, for instance, 19 per cent of all complaints are false or duplicates.

However, Councillor Neil McEvoy, a Plaid-supporting Independent, said: “The service is very poor as always. I feel sorry for the staff, they haven’t got a chance with such little resources.

“It’s high-time we invested in frontline services rather than expensive managers and executives.”