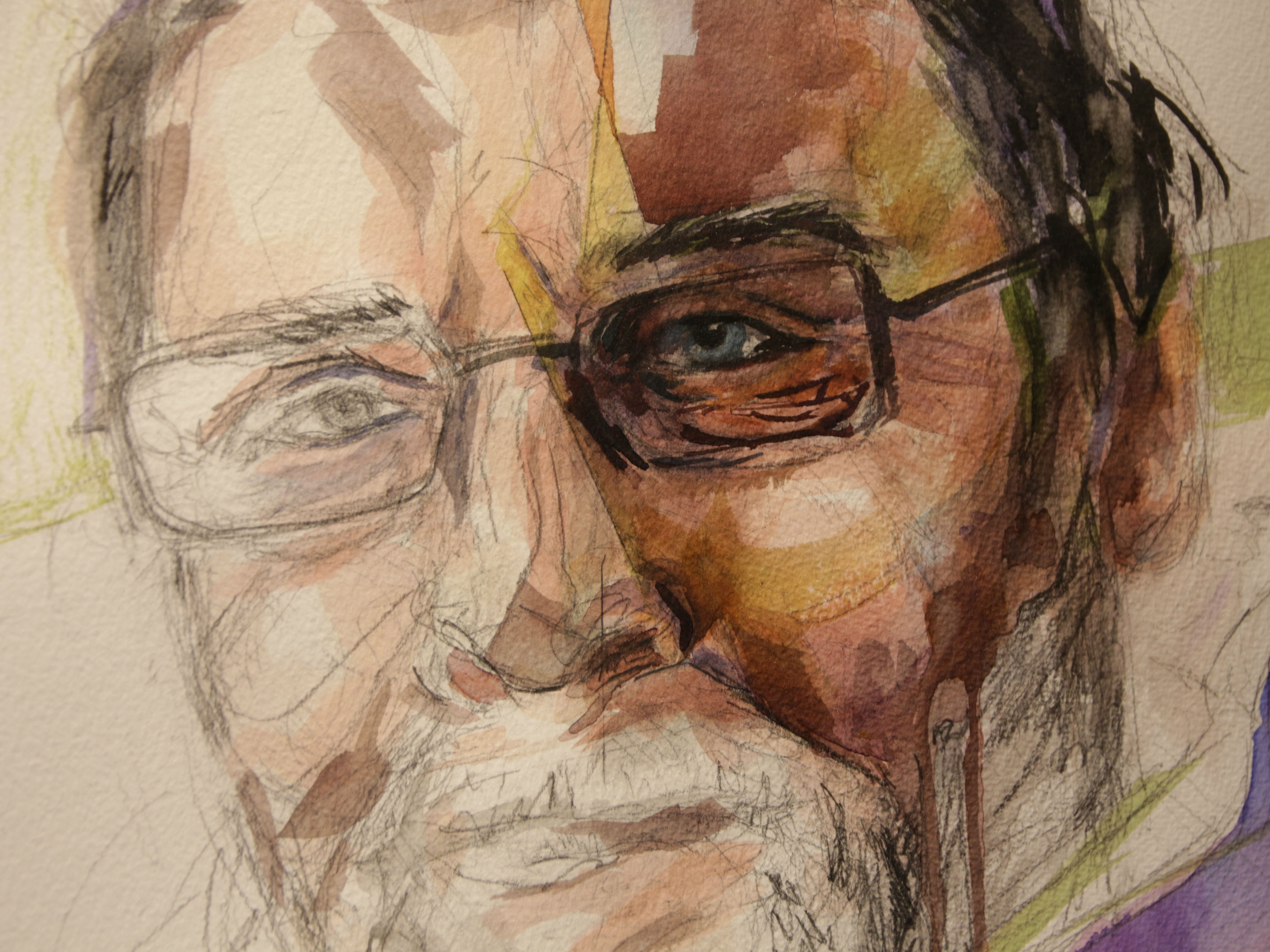 When you think of someone homeless on the streets of Cardiff, what do you see?

You might bring to mind one of the many news reports showing tents on Queen Street, or a picture of someone huddled in a rain-soaked sleeping bag near Central Station. These emotive images paint a stark picture of the growing problem of homelessness, but do not necessarily show the true faces of those inside the tents, or tell the stories of how they found themselves without a home.

“It can be a PhD doctor that has had a really tough time and has fallen, it can be a mother, it can be an asylum seeker,” said Katherine Holmes, a 26-year-old artist who is originally from Fort Worth, Texas, but is now living in Roath.

Shelter Cymru, the homeless charity, released figures showing that the number of homeless people on Welsh streets last year was equivalent to the entire population of Penarth – 25,937.

Council services and charities have been trying to cope with an increase in the number of rough-sleepers this winter, with Cardiff Council putting an extra £300,000 into their 2019/20 budget to tackle the issue.

Katherine has been working with homeless people in Cardiff for four years, doing art workshops at hostels across the city.

She spoke to The Cardiffian in the gallery at The Norwegian Church, Cardiff Bay, where there is an exhibition of her colourful, characterful portraits on display.

Each painting has a verse or poem next to it, telling the unique story behind each of the subjects.

The one thing all the people in the paintings have in common is that they have experienced homelessness in Cardiff.

I know I’m not so good, me. But I want them to know how good I could be.

I don’t mind how she paints me. I said: “Surprise me, do whatever you want.”

But I do know I want a picture of me when she’s done.

To see what she’s made of me.

The organisers are hoping to display the paintings in different locations across Cardiff until the end of 2020.

When the exhibition ends the portraits will be offered to the people in them.

“You can have this, this is yours, you don’t belong to anyone else,” is the message Katherine, who doesn’t get paid for her work, hopes to pass on by doing this. A portrait at the ‘Share a Life’ exhibition at The Norwegian Church.

If they cannot be traced, the paintings will be auctioned and the money donated to a homeless charity or hostel in Cardiff.

The Share a Life exhibition is a collaboration between several Cardiff homeless hostels – including TAVS and The Wallich – faith groups and Cardiff Council.

“It’s local which adds a little flavour to it,” said Katherine, talking to The Cardiffian about the 13 portraits she has painted for the exhibition so far – her final aim is to do at least 40.

Over months and years, Katherine, who is training to become an Art Psychotherapist at The University of South Wales, Newport, builds a relationship with those she paints.

“It’s quite a safe space in the art group. I try and bring their personality in and I see characteristics they have but maybe they don’t know about.”

“The idea of the art work was, first of all, to make people feel valued, which they don’t feel a lot of the time, to honour their story and to show the breadth of homelessness, because it’s not just rough sleepers and it’s not just people who have struggled with drug and alcohol addiction.”

Talking about the people she had painted so far, Katherine recalled the story of a woman who has been separated from her children, and how her painting represented her struggle with this. “It’s a hard story because she had seven children and one passed away, there were twins and she lost one, which is why one of the daisies is red.”

There are seven flowers in the painting, one representing each of the woman’s children.

“When I interviewed her she was very shy and quiet but she really started to glow when she started talking about her children.

“Some of them have been adopted, closed adoption so she can’t see them anymore which has been quite tough on her.”

The woman, who can’t be named for safeguarding purposes, has regular visits with her other children and takes artwork she has made for them in Katherine’s sessions.

When asked why she thinks Share a life is different to other discussions of homelessness, Katherine said: “It is different from when someone comes in and does a documentary on you being homeless, then you’ve just got an on-film memory of you in a really tough time, this is different, this is how I see you in this quite strong and powerful way.”