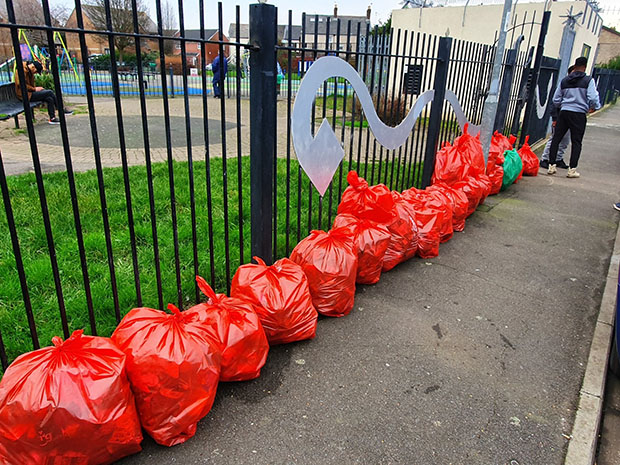 Labour councillor for Adamsdown, Owen LLewllyn Jones, said: “I know the community champions are out there, I’m just trying to meet them and get organised.

“I’m eager to get a community litter pick up and running because our neighbours in Splott, Roath and Cathays all have regular ones. Adamsdown is a small ward, so having just eight or nine people out once a month will make a big difference,” he said.

Keep Wales Tidy is a charity that works to protect the environment across Wales. Community groups work to care for their local area by setting up a litter picking event or a bigger community clean-up.

Coun Jones said: “On Facebook it’s had a really good response. I’m starting to contact people who I think might be interested directly. We need the help of Keep Wales Tidy to help set it up. Once you’re involved enough in the committee, it becomes self-regulated.

“The first year is free, then it’s £70 to secure a group. We could easily host a fundraiser in a shop, it doesn’t have to be a lot of work.”

Imam Ahmed Ali, 33, co-ordinated the litter-picking event on January 13. Volunteers from the Al-Ikhals Centre collected 26 full bags of rubbish around Brewery Park in an hour and a half.

“By the end I was desperately trying to look for streets that had litter around because every one of them seemed to be clear,” said Coun Jones.

Imam Ahmed Ali said: “The community reactions have been very positive. They say they enjoyed it, so why don’t we make it a permanent, regular initiative? I’d love to thank Owen LLewellyn Jones and Nigel Howells for inviting us to this project, and secondly the volunteers.

“I would also call upon the community to participate in such projects because this is not allocated to a particular organisation, it is something that everyone should be a part of.”