‘Run-down’ Llanishen shops to be sold to boost council funds 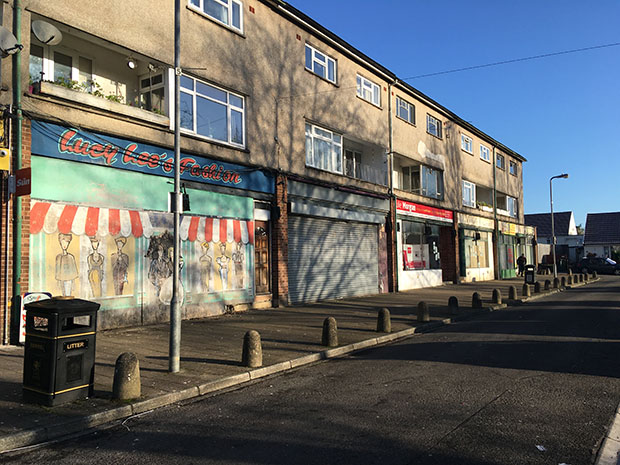 Plans to sell 14 retail parades across Cardiff could raise £40m

TWO retail parades in Llanishen, on Llangranog Road and Fishguard Road, are being sold by Cardiff council this year.

The council has set out to sell a number of buildings under its five-year strategy entitled Fewer but Better Buildings (2015-2020).

The council hopes this will generate £40m by 2023 to spend on other projects, such as redeveloping schools.

Most of the shopping parades in Cardiff are in poor condition. They need a lot of maintenance and there is a backlog of work.

In the 2019/20 Annual Property Plan, Cardiff Council called these parades a liability with “an overall detrimental effect on the quality and value of the Council’s estate”.

Of the 21 retail parades in Cardiff, it wants to sell the 14 most in need of investment. Llangranog Road and Fishguard Road are two of these.

Llanishen and Thornhill councillor, Thomas Parkhill, acknowledged that the parade on Llangranog Road was “pretty run-down” and said the council originally planned to take full ownership of the properties in 2018 so it could redevelop them.

A spokesperson for Cardiff Council said plans to redevelop the properties fell through last year since it “could not secure vacant possession of the site due to long leases in place”, so it decided to sell its freehold interests to support the council’s General Fund.

Coun Parkhill said that once the council sold the block on Llangranog Road he hoped to see it “restored to its former glory or rebuilt to be used as shops for the area”.

Retired civil servant, Deb Lane, 58, from Rhiwbina, owns one of the vacant properties on the Llangranog Road parade.

She said one of the reasons the vacant properties began looking like an “eyesore” was because of the uncertainty surrounding their future.

Mrs Lane said she had struggled over the years to rent her property out and blamed the council’s failure to disclose their intent as it had “put everybody off investing any money in opening any businesses in the properties”.

“That parade of shops could so easily have been occupied by thriving little businesses all these years instead of remaining empty and gradually looking in such a poor state,” she said.