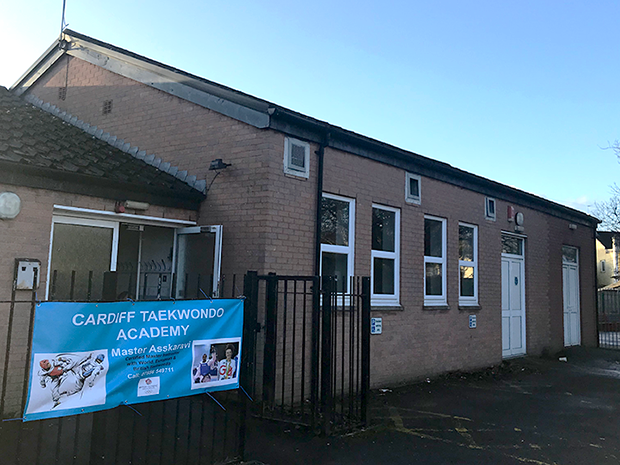 Building will become council offices unless volunteers can run it themselves

RESIDENTS are working to save Llandaff North Community Centre after Cardiff Council warned it would be turned into offices unless they can run it themselves.

“When my three kids were younger, they all went to the playgroup there, as did lots of kids. They went on to primary and high school and still have friends from the playgroup,” she added.

The centre was first built in 1986 meaning several generations have made use of it.

“It holds a lot of memories for local families,” said Katie Bestwick, access officer for the community centre and granddaughter of one of the trustees.

“One of the mums that hired it this weekend also had her own birthday parties there as a child,” said Mrs Bestwick.

The trustees were told they either needed to take over the centre as a private organisation, taking full responsibility for the financial commitments, or hand the centre back to the council so it can be converted into offices for the Environmental Health department.

The current trustees were given only a week to submit a full list of trustees and their roles as council workers were ready to move in as early as the following week.

“This was obviously worrying given the fact there are only three trustees on the committee at present, and finances are already stretched for the upkeep of the centre,” said Mrs Bestwick.

Many classes are held at the centre from children’s taekwondo to adult cooking lessons.

“I hold a Pilates class at the community centre which is really popular,” said Gemma Wainwright, Llandaff North resident.

Since she was told the centre could close, Mrs Wainwright has looked for other possible venues.

“The scout hall is close by, but it is quite a cold, old building which would not be ideal. The centre is also more convenient because it has a car park,” said Mrs Wainwright.

“I remember going there myself as a child to dance classes. It would be a huge, huge shame if it closed down. In my opinion there is nothing else around that could replace it,” she added.

Since the possible closure was announced, many residents have volunteered to help run the centre.

“One of the dance teachers posted about the possible closure on social media and it snowballed from there,” said Mrs Bestwick.

“We had a lot of local groups approach us and the main driving force behind it was our local councillor, Jennifer Burke Davies” she added.

“I’ve been bowled over by the public support they’ve received to keep the community centre running and providing vital local services such as parent and baby groups to those who rely on them,” said Coun Burke Davies.

“I sent a plea out looking for people to join as trustees or to help out with things such as gardening and DIY,” said Mrs Bestwick.

“We now have a full list of people who can offer their services in different ways,” she added.