Cardiff City’s FA Cup 2008 finalists: Where are they now? 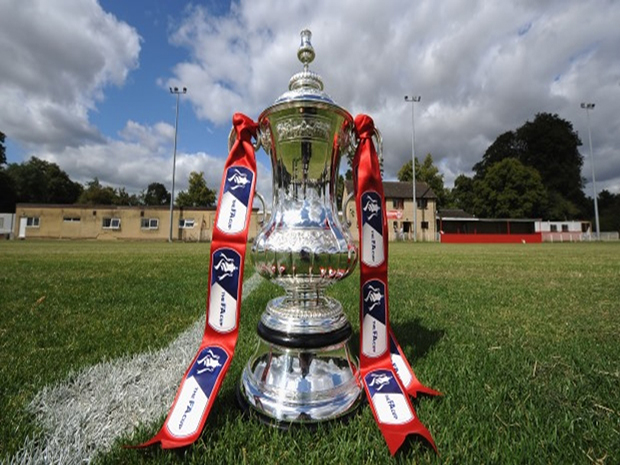 CARDIFF City will have dreams of making it to Wembley in the FA Cup this season for the first time since losing the final in 2008.

Premier League outfit Sheffield United are next in line to stop City, should they win their replay with Reading at the Cardiff City Stadium on Tuesday.

Since winning the tournament in 1927, the Bluebirds’ appearance in the 2008 final, when they lost 1-0 to Portsmouth, was their last.

The 2008 side contained some legendary names such as Peter Whittingham, Jimmy Floyd Hasselbaink and Trevor Sinclair.

But where are the members of that Cardiff squad now?

The Finnish shot-stopper was the man between the sticks for the majority of the FA Cup run but it was his mistake that cost the Bluebirds the final, fumbling John Utaka’s cross at the feet of Kanu who scored the winner.
In a complete change of career, Enckelman now spends his time as a sales executive for courier DHL Express in his homeland, according to his LinkedIn account.

McNaughton notched up 288 appearances for City across a nine-year period and scored the first of two goals for the club to see them advance into the fifth round, defeating Hereford.

After hanging up his boots in 2018, the Scot is now an amateur painter who creates an array of artwork including images of former teammate Whittingham and singer Liam Gallagher.

Johnson was already popular when he arrived at Cardiff following Swansea’s failed transfer pursuit and did nothing to harm his reputation by scoring the second in a 2-0 away win against Middlesbrough in the quarter-final.

He last played for Bromley in 2019 but has most recently been a pundit for TalkSport and Sky Sports. Having achieved his A Licence in coaching, a career in management could be on the cards.

After a successful loan spell, Loovens joined the Bluebirds permanently in 2006 and established himself alongside Johnson, with the pair ever-present throughout the cup run. The Dutchman almost wrote his name into Cardiff folklore in the final but his equaliser was ruled out for handball.

Loovens has not announced his retirement since mutually terminating his contract at Sunderland but rumours are that he is interested in the recruitment side of the game.

Capaldi, who won 22 caps for Northern Ireland, also played every game of Cardiff’s route to Wembley, helping to create Joe Ledley’s winning goal in the semi-final with a trademark long throw.

He last played for Rushall Olympic in the BetVictor Southern Premier Central. He has since taken a step away from the limelight but still uses an image of him in his Cardiff colours as his Twitter profile picture.

Ledley was the embodiment of the fans on the pitch during his time with the Bluebirds. Born in Cardiff, Ledley came through the youth ranks at the club and scored a superb Zidane-esque volley in the semi-final from Capaldi’s throw.

The 33-year-old is a free agent again after a short-term contract with Charlton expired but maintains his desire to be in the Wales squad for the Euros this summer.

The Scotsman joined Cardiff at the start of the 2007-08 season and made 55 appearances across all competitions, including all six of the side’s FA Cup games.

After playing out the last four years of his career for Hakoah Sydney City East FC, Rae took on the job of head coach but left the club in July 2019. Living in Sydney, Rae is a director of Sport Careers Agency as well as managing director at Thiga, a production management company. He also found time to launch a clothing line with fellow ex-Bluebird Chris Burke and Curtis Davies.

McPhail captained the side in 2008 but the bond he shares with Cardiff fans goes far deeper than that. The midfielder was diagnosed with lymphoma in 2009 while at the club and experienced an emotional welcome back from the Cardiff City Stadium after his recovery.

The 40-year-old, who has 10 caps for Republic of Ireland, is now sporting director at Shamrock Rovers, the club he finished his career with.

Arguably the owner of the sweetest left-foot in Championship history, the Cardiff legend more than contributed to City’s route to Wembley, scoring in the third, fifth and sixth round along with chipping in with two assists.

Whittingham left South Wales in 2017 for Blackburn Rovers. His contract was then mutually terminated the following season, but he has made no indication that he plans to retire.

Although far from his best in the final, Hasselbaink gave Cardiff fans some great memories during the cup run, most of all the brilliant curled effort into the top corner against Wolves in the fifth round.

Since retiring Hasselbaink has opted for a career in management, taking charge of Royal Antwerp, Burton Albion, Queens Park Rangers and most recently Northampton Town. In April of his first season with Northampton he was dismissed following a run of nine games without a win.

Parry suffered an injury ahead of the final meaning he faced a race to be back for the final. He recovered in time and managed the full 90 minutes at Wembley. He ended the campaign as joint top scorer with 11 goals.

Having retired in 2014, the former Wales international has set up the Parry Junior Soccer School aiming to uncover ‘potentially elite young footballers’, setting up development centres in Newport, Bridgend and Caerphilly.

In terms of the substitutes at Wembley, Aaron Ramsey is in Serie A with Juventus while Trevor Sinclair was still playing as recently as 2019 with semi-professional side Squires Gate.

Meanwhile, Michael Oakes, a veteran ‘keeper when he joined the Bluebirds in 2007, is available to book for your five-aside team on the Play With A Legend website.