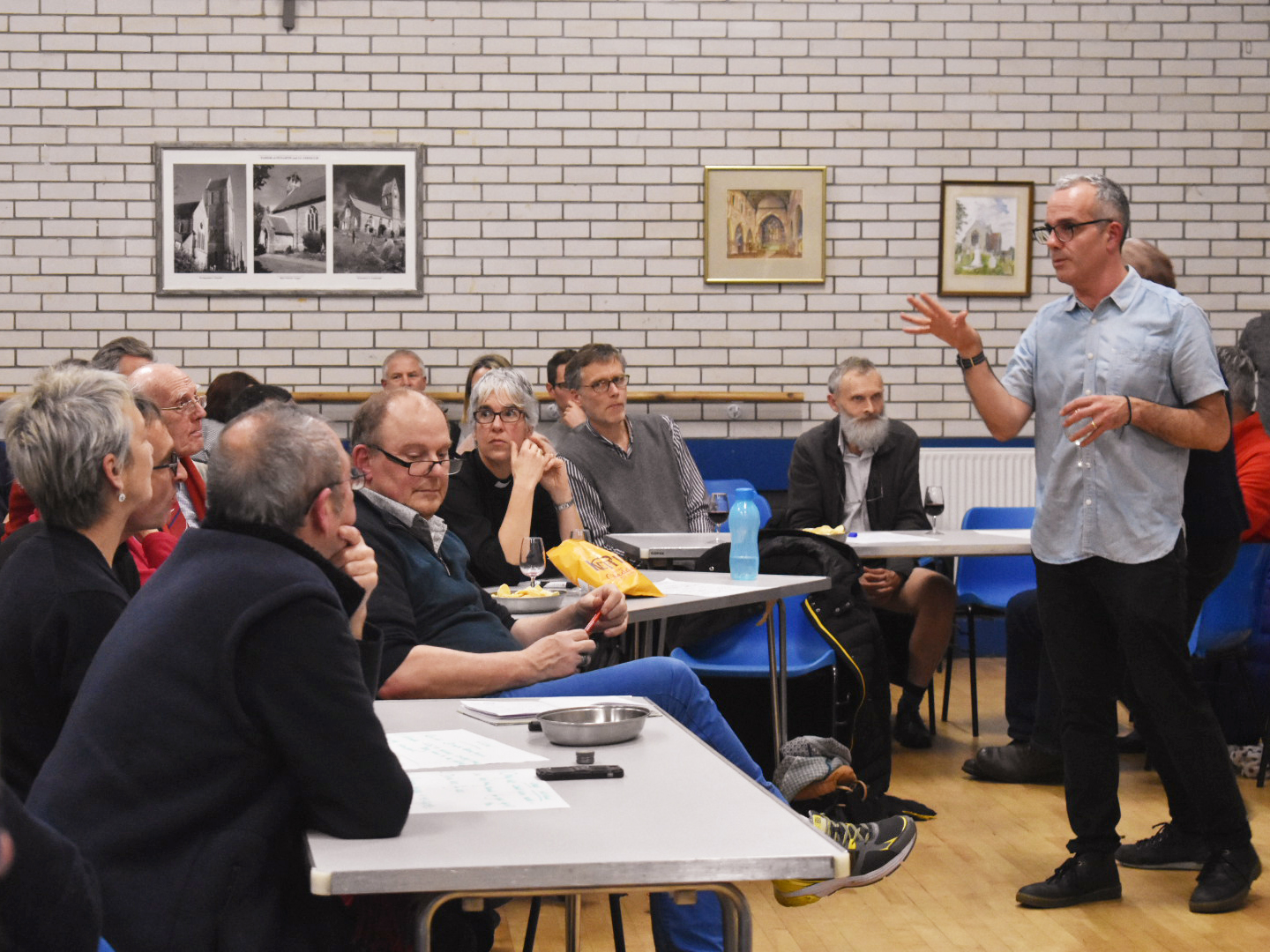 ‘We don’t just want to sit around worrying about the world,’ say campaigners

AN environmental group has celebrated its 10-year anniversary with a public conversation about what’s needed to build a greener community.

On Thursday members celebrated their anniversary with a public discussion in St Augustine’s Parish Hall.

GPG chair Gideon Calder said: “I’ll be trying to do some justice to the different things that have gone on over the last 10 years, but very much at the same time pointing us to the next 10 years.

“The group originally was set up on the back of a very similar public conversation, so I think it’s very timely to have another one.”

The turnout was more than the group expected, and the room nearly ran out of chairs.

“I have quite enjoyed it. It has been nice hearing from people who know what is possible and realistic,” said year 13 student Phoebe.

When Mr Calder became more involved with the committee, he said he was keen to include more young people in the organisation.

“When I first joined, I would say we were all the wrong side of 40 and that seemed a really odd composition of an environmentally concerned group to me.

“The people with the biggest stake in this are the youngest.  The younger you are, the more these issues are going to rebound on you for the rest of your life.”

Penarth resident Sandy Clubb, 41, attended the 10-year event after a five-year break from the group.

“I am a working parent and I think it is exhausting thinking about climate change,” she said.

“I am interested in how we can support each other, quite often we forget about supporting people.”

Ms Clubb attended the first ever meeting in 2009 with her three-week-old son.

“I became known as the woman who would bring the young child,” she joked.

“But it has really changed since the beginning; the emphasis feels different. It now needs to be about building a community.”

GPG has been at the heart of community projects such as Plastic Free Penarth and Shop Penarth, a loyalty card scheme to encourage residents to shop locally.

“I honestly believe there has been a huge change in the town in relation to attitudes towards climate change. When I first got involved there was a lot of questioning: why are you doing this? Is it true? And I know now the whole atmosphere in relation to climate change is different,” said founding member Tricia Griffiths, who chaired the group from 2009 to 2012.

“Even a town like Penarth has something to say about the way we take forward the whole greening agenda.”

Anthony Slaughter, who chaired the group from 2012 – 2016, set up the community orchard and was one of the main organisers of Penarth Food Festival.

“The last 10 years have been one highlight after another really,” said Mr Slaughter.

“It has been really rewarding watching communities work together, especially across all ages.”

Mr Westlake spoke about the importance of individual leaders being able to influence environmental change.

“If our leaders appear to do something that seems difficult to them, like giving up flying, then people are going to take real notice. People will think they are really serious.”

Speaking about the future, Mr Calder said: “We will spend the rest of 2020 returning to the issues raised at this meeting to make sure they become concrete initiatives, not just people sitting around worrying about the world.”