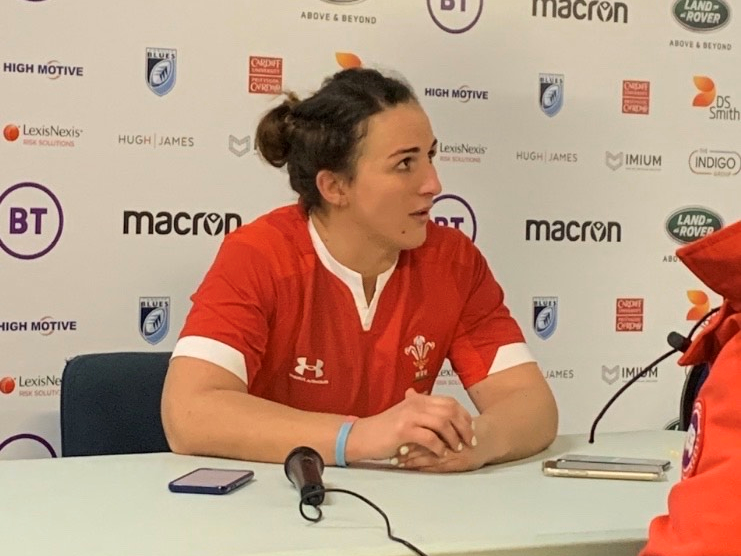 WALES Women coach Chris Horsman has said his team “should be confident” going into their second game of the Six Nations against Ireland on Sunday.

Horsman has made two changes to the starting line-up that was narrowly defeated 15-19 by an impressive Italy side at the weekend, handing first international starts of the season to flankers Manon Johnes and Alisha Butchers.

“We are extremely lucky with the riches we have available to us in the back row,” he said on his team selection at a press conference on Thursday.

“It’s a hotly contested area, and it’s a case of giving these players a chance to shine and provide the right balance in this match.”

Wales started and ended brightly as they played host to the Azzurri at Cardiff Arms Park last Sunday, looking dangerous with the ball in hand, while tries from Hannah Jones and Kelsey Jones keeping them in the contest.

However, the Italians enjoyed the lion’s share of possession throughout the match, while a disciplined defensive performance saw them weather Welsh pressure to see out the victory.

Despite the loss, Horsman remains upbeat about his team’s chances.

“We are comfortable with where we are as a group,” said Horsman.

“We showed how dangerous we can be in the first half, our scrum was excellent against a bigger Italian team and defensively we were very good, but we need to manage our possession better and be more clinical with ball in hand.

“The girls should be confident going into the weekend. We did well to come back into the game and be with a shout of sneaking the win and we learned a lot.”

Ireland go into Saturday’s game off the back of a narrow 18-14 win over Scotland at Donnybrook in the opening round of fixtures.

After dominating most of the first period, the hosts were outmuscled by a physical Scottish side in the second half.

Tries from Cliodhna Moloney, Sene Naoupu and Beibhinn Parsons had put Ireland in the driving seat, but Emma Wassell touched down for the visitors with four minutes remaining to set up a tense finish.

Moloney’s return to fitness will be particularly welcome news to Adam Grigg and his side – the hooker was phenomenal in Dublin on Sunday, before she was forced off with a head injury after half an hour.