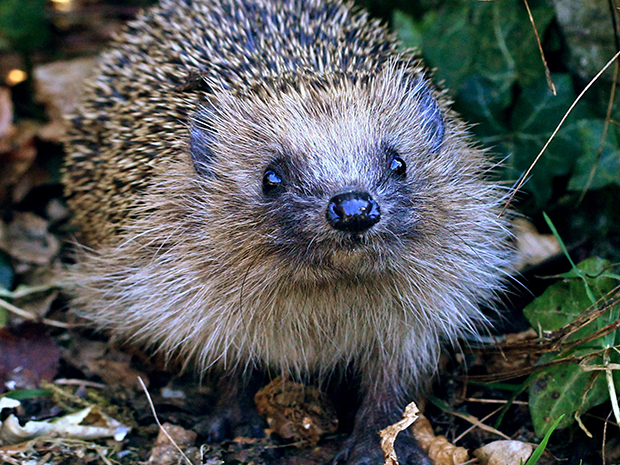 STORM Dennis and the floods it brought has disrupted habitats of Cardiff’s wildlife, including hibernating animals.

The River Taff broke its banks on Sunday, leaving large parts of Bute Park and other green areas submerged in water and hibernating creatures seriously affected.

Fay Vass, chief executive of the British Hedgehog Preservation Society, said: “When a hedgehog is in hibernation and its nest floods it is unlikely to rouse quickly enough to attempt to save itself.

“A hedgehog nest is at ground level so flooding in the area of the nest will lead to damage or destruction.

“Waking from hibernation takes a lot of energy and so if the temperature fluctuates a lot their fat reserves are seriously depleted, and it could mean they don’t make it through winter.”

While not all hedgehogs hibernate, the process usually begins in October or November and can last until April.

The BHPS advises those who come across a hedgehog in the day to use gardening gloves to put it in a high sided box somewhere warm and quiet, offering it meaty cat or dog food.

Kerry Rogers, conservation manager at the Wildlife Trust of South and West Wales said that due to the mild climate, some hedgehogs have already come out of hibernation and faced the storm.

“It is interesting as we don’t really know how much this storm will impact them,” said Mr Rogers.

“Even a big storm like Dennis, most wildlife will adapt to it by moving away to other areas. A lot of birds will go into bird boxes to shelter. Otters, who can cope with the water, move up and down the rivers.

“What starts to have a big impact is multiple storms in quick succession when they can’t replace the food that was lost.”

Mr Rogers said the main problem with otters arises when they leave rivers, sometimes ending up in dangerous situations on roads.

The Otter Project run by Cardiff University is an environmental surveillance scheme examining otters found dead across the UK.

Zoe Doyle, 21, a placement student on the project, said: “I would expect some otter deaths with the increased flooding, especially over the last two weekends.

“Typically flooding will push them up out of the rivers so we get a lot more road traffic accidents as they are pushed on to the roads.

“There’s nothing directly connected to Storm Dennis at the minute but obviously there’s still time for that, time for them to be found.”

The RSPB said it was too early to say what the effect of Storm Dennis has been on the bird population.

However, Nigel Barry from Cardiff Rivers Group, said: “If I was a swan, I’d just go to Roath park lake and sit it out. There are hundreds there.

“If I was a heron or a cormorant on the Taff, I’d also visit a lake or a stream because the water colour in the river will be awful.”

The group volunteers to help tackle litter and blockage problems in local rivers and is looking to help with the worst flood-affected areas.

All latest updates on the areas affected by Storm Dennis and all other information can be found here.

“We have offered our services to Cardiff Parks and the Harbour Authority. They are very busy at the moment and still assessing the damage,” said Mr Barry.

“It will be a few days before they can direct us to the locations of the worst hit areas.”

Professor Jo Cable, Chair of Parasitology at Cardiff University said a range of problems come from flooding, such as drowning and disruption of social groups, but the impact of disease can be massive.

“The impact infectious disease can be catastrophic in its own right, as in more people died in the First World War from flu than combat, or parasites can be the straw that broke the camel’s back,” Professor Cable said.

“There is a wealth of fish parasites, like Saprolegnia, a fungal-like infection, that are particularly problematic when fish are stressed.”

Professor Cable said there is a “greater potential” for infectious diseases such as Escherichia coli, Enterococci and Cryptosporidium after flooding.

It is not just wildlife that felt the force of Storm Dennis. Find out about the support for people in Taff’s Well after they faced severe flooding here.