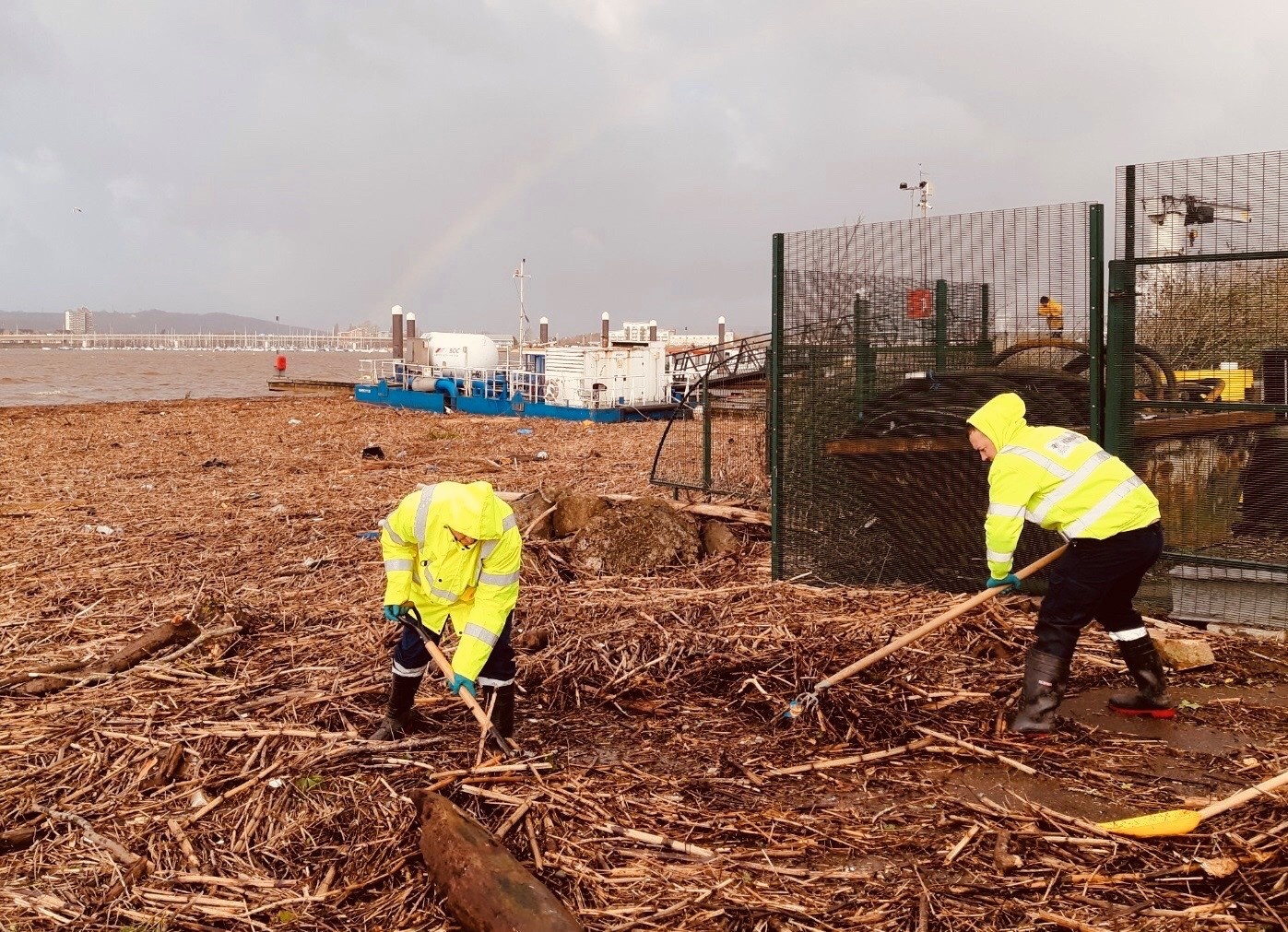 Most pontoons are now fixed but the Castle stop is ‘damaged beyond repair’, says council

TIMBER, litter and plastic swept into Cardiff Bay from the Rivers Taff and Ely during Storm Dennis have been almost completely cleared by the harbour authority.

In a typical year, the authority clears around 500 tonnes of debris from the bay. This year it has already cleared 200 tonnes after Storm Dennis.

“This is an extreme thing that they’ve had to deal with, and I’ve got so much to thank them for.”

During the storm, pontoons in the bay and on the River Taff were damaged and many boat owners had to cancel bookings until they were repaired.

On March 4, the council tweeted that the pontoons in the inner bay, at Barrage South, and at Taff’s Mead had been fixed and were back in service.

The tweet went on to say: “The Castle stop is damaged beyond repair and needs complete reconstruction.

“The Harbour Authority are exploring funding options for this work and expect to be able to confirm timeframes for a new pontoon to be installed soon.”

Mr Hartley said the recent storm was a reminder for people to be vigilant when out on the water, especially as some small patches of debris remain in the bay.

“It’s good practice to be more vigilant, and this a time when we have got to have more eyes on the water,” he said.

Bay Island Voyages specialises in high-speed boat trips from Cardiff Bay to the islands of Flat Holm and Steep Holm in the Bristol Channel, and is popular with hen and stag parties.

Mr Hartley said he had been “going a bit slower” through the bay, in order to avoid the remaining debris.

He praised the work of harbour master Andrew Vye Parminter and his team, in keeping boat owners up to date on the progress of the debris-clearing operation.

“We weren’t left in the dark and it was so handy having all that information,” Mr Hartley said.

He noted that, because he was kept well informed, he had been able to reschedule most of his bookings for after the clean-up operation.

The harbour authority is responsible for the bay’s 200 hectares and 30km of the lower reaches of the River Taff and River Ely.

A council spokesperson said: “The volumes of water entering Cardiff Bay as a result of Storm Dennis were unprecedented.

“As well as increased volumes of general litter and debris, the storms have also brought with them a considerable amount of timber and other vegetation, all of which will be removed as part of our ongoing work to return the Bay to its normal condition.”

During the year, the bay and rivers are cleaned daily by a shore-based team and skip barges.

There is also a litter boom on the River Taff, built to catch debris before it enters the bay.

This material is then craned onto the quayside and taken to the Viridor Energy Recovery Facility on Ocean Way to be disposed of.