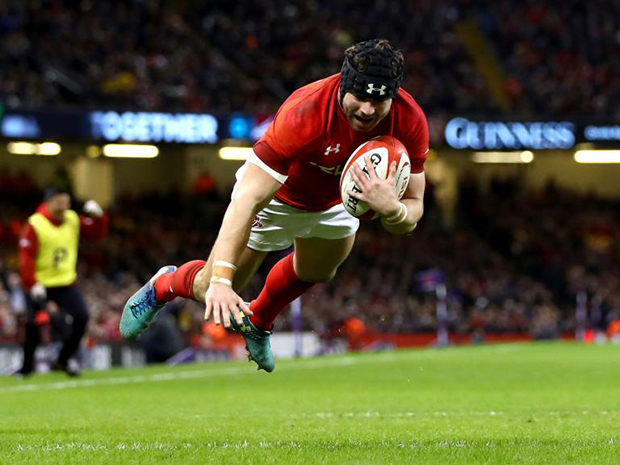 As Wales prepare to face Les Blues, we look back to the last French win in Cardiff

WALES face France at the Principality Stadium on Saturday afternoon and they will be hoping that there is no repeat of the events of 2010.

Then, like now, France were chasing a Grand Slam and Wales had already suffered a loss in the tournament.

Of the two line-ups in 2010, only Leigh Halfpenny remains a regular for his international side.

Wales had some quality players in their side, such as Cardiff legend Martyn Williams and former IRB World Player of the Year Shane Williams.

France started the game brightly, with winger Palisson intercepting a long pass from James Hook to race clear from 50m and score under the posts in the 5th minute.

Two penalties from the boot of scrum-half Morgan Parra meant Wales were 13-0 down just before the break.

Shane Williams, playing on his 33rd birthday, threw a speculative offload in his own half that was intercepted by playmaker Francois Trinh-Duc.

The fly-half ran in unopposed to score a try. The conversion from Parra left Wales trailing 20-0 at half-time.

No team in international rugby has overcome such a deficit, but Wales made a good go of it in the second half.

Following that, some slick passing from scrum-half Richie Rees and a fantastic cut-out pass from Shane Williams put Leigh Halfpenny through to score in the corner.

Stephen Jones nailed the conversion from the touchline.

However, France struck back through two Morgan Parra penalties to leave the score 26-13 as full-time approached.

Wales were attacking promisingly in the 78th minute, before the ball went loose and France tried to hack it on and put the game beyond all doubt.

The try meant that Williams broke Gareth Edwards’ record of 18 championship tries and was Williams’ 50th overall for Wales.

It came too late for Wales, with France kicking the restart out into touch and – under the laws of the game then – ending the game.

France had triumphed in Cardiff, but it marked the last time they would register a win in Wales to date.

Wales will want to continue that record this weekend, though they will be hard pressed to beat a young and talented French team.