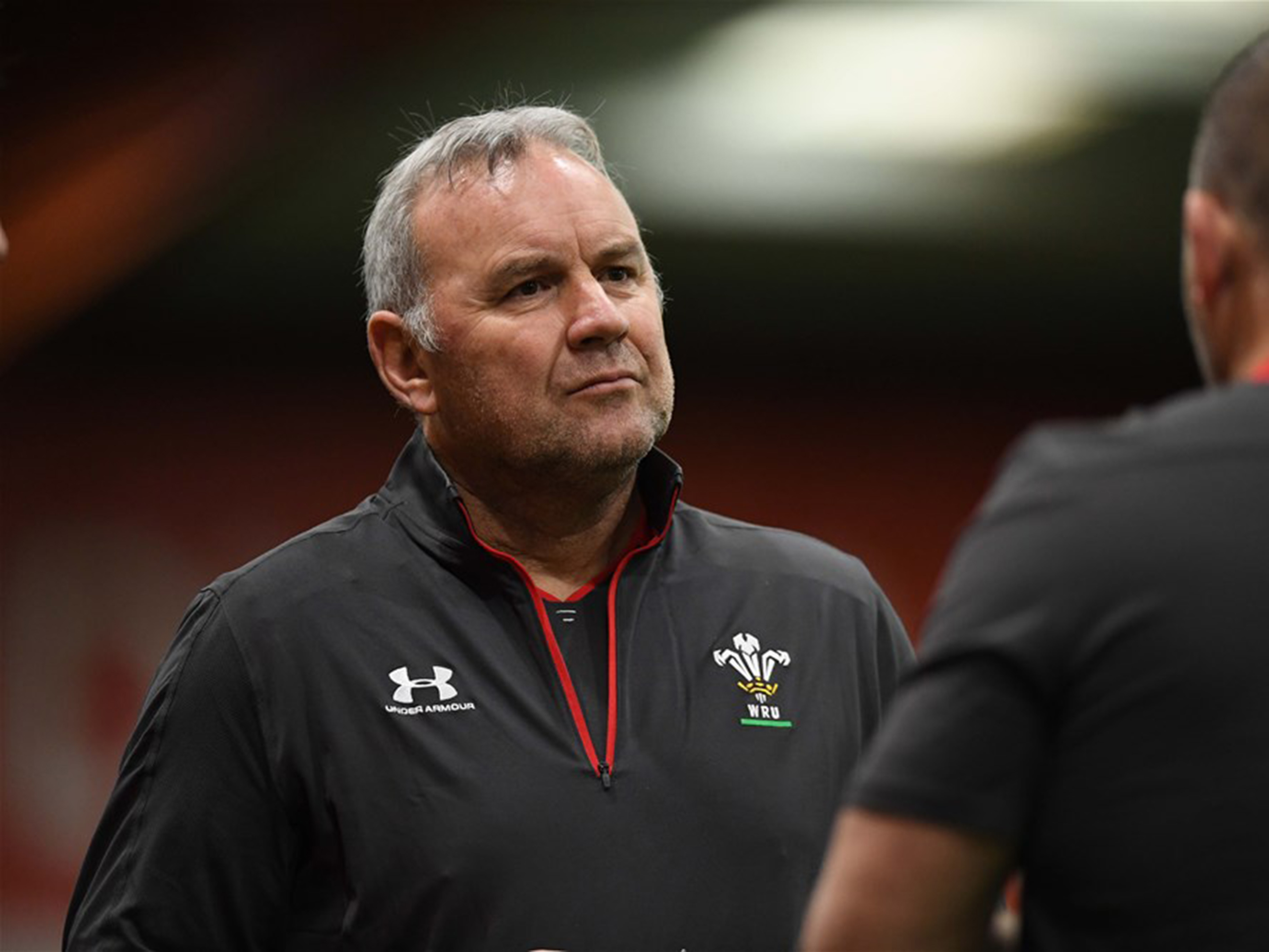 ‘We have to win every game now, that is the challenge’ – Wayne Pivac

Les Bleus remain unbeaten in the championship after impressive wins over England and Italy, while Wales suffered a disappointing 24-14 loss in Dublin.

“We know we’ve got a better performance in us.

“We’re very pleased to be back at home, with a sell-out crowd, and we’re looking forward to the challenge,” said head coach, Wayne Pivac.

France have not won in Cardiff since 2010. Pivac hopes a win at the Principality can reignite Wales’ challenge.

“I think this Saturday is a big test for both teams. It’s a very big test.

“It will be interesting to see how both teams approach the game but from our point of view, it’s to keep ourselves alive and we are looking for a very big performance,” he said.

Leigh Halfpenny said he wanted to put things right in front of the home crowd.

“We have to win every game now and that is the challenge.

“We are hugely excited about that, but have to put in a performance against France,” he said.

Pivac has made two changes to the starting XV who faced Ireland.

Pivac praised the energy they brought off the bench in previous Six Nations fixtures.

Dan Biggar returns to the starting XV after suffering his third head injury in six months against Ireland.

“He’s gone through the regular process and passed those with flying colours,” said Pivac.

Pivac said a world leading concussion specialist was involved in the medical protocol.

Josh Adams also returns after suffering a knock to the hip in the Ireland game.

Adams, alongside George North and Halfpenny, make up the back three.

Nick Tompkins retains his place, despite Owen Watkin’s return to the squad after successful knee surgery.

Louis Rees-Zammit has been released back to Gloucester as he awaits his first cap.

France, alongside Ireland, remain unbeaten in their Six Nations campaign.

Fabien Galthié’s side have made one change, with EPCR European Player of the Year nominee Virimi Vakatawa returning to the team after injury.

Gaël Fickou shifts to the wing in place of injured Vincent Rattez, who suffered a broken fibula in France’s 35-22 win over Italy.

Wales have won eight of their last nine games against Les Bleus – the last of which was a 20-19 win in the 2019 World Cup quarter final in Japan.

In last year’s Six Nations meeting, France threw away a 16-point lead at half time.

“It definitely gives us belief. It’s a never-say-die attitude. We had our backs against the wall,” said prop Wyn Jones.

“We just rolled our sleeves up and came back,” he added.

Uncapped Wasps lock Will Rowlands, who is named on the Wales bench, is likely to get his first chance on the international stage.

The Welsh team has 859 caps – the most experienced starting XV in the history of the Six Nations.

Pivac hopes this experience will come through and test some of the inexperienced players in the French side.

Wales will be reunited with their former defence coach, Shaun Edwards, who joined the French coaching team at the end of last year after 12 years with Wales.

“It will be weird facing him, but that is rugby – time moves on. It is exciting to be going up against his defensive style,” said Halfpenny.

The Welsh scrum faced criticism after the Ireland match.

Dillon Lewis conceded a penalty in a crucial moment of the game when Wales were near the Irish try line.

Earlier in the week, loose-head prop Wyn Jones said he expected France to bend the rules at the scrum.

“We know they’ll hit and chase and cheat.

Elsewhere, England take on Ireland at Twickenham while bottom of the table Italy face Scotland in Rome.

“If we can get the win and England do a job at home then what an exciting Championship we’ve got with two games remaining,” said Pivac.