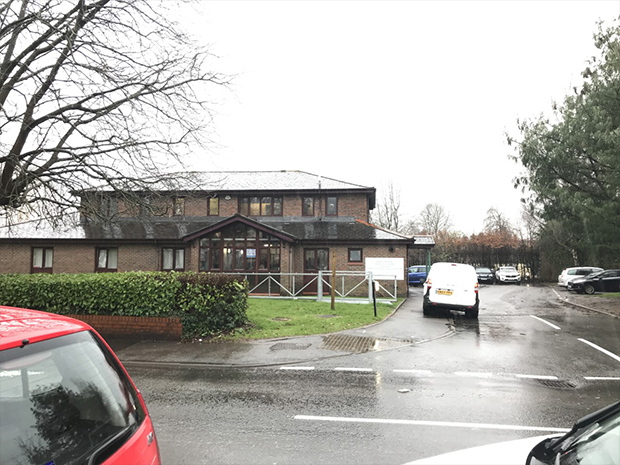 Practice secure for seven years, but doctors make do with temporary building

SENIOR partners at Whitchurch Medical Centre are expected to sign a new lease keeping it in the same building for seven years.

But residents fear that the lease and new temporary facilities at the surgery on Park Road will not solve increasing GP demand and waiting times.

Jan Hughes, Whitchurch resident and chair of Whitchurch PACT, said she was happy with the plans, but that other surgeries closing and a growing population in North Cardiff could mean patients are still not treated properly.

“The main concern is the number of patients the practice has on its books in relation to the building, which just isn’t fit for purpose,” she said.

“It’s a worrying situation, health staff are trying to get on with their jobs, but they haven’t been given what they needed.”

Its future was in question due to delays in finding new premises in December.

The practice was told by Cardiff and Vale University Health Board to go ahead with plans to add temporary pods to replace a portable building next to the building designed to house extra patients.

She added that Cardiff North MP Anna McMorrin, and AM Julie Morgan have both discussed the longer-term future of the GP surgery with the health board.

“But there’s been far too much talking if I’m honest. The health board and local government have known about this for a long time.

“I respect the staff a lot. I don’t go regularly, but when I do, I’m looked after well and have been for the 35 years I’ve lived here.”

Dr Cath Davies, senior partner of Whitchurch Medical Centre, said in December patients “deserve better” than portable buildings and that she had hoped for a brand-new centre on the grounds of Whitchurch psychiatric hospital, which closed in 2016.

According to Mike Phillips, Conservative councillor for Whitchurch and Tongwynlais, the plan fell through because of budget restrictions and the need to find a site before the current building goes up for sale next month.

Coun Phillips said the pods are a medium-term fix for a long-term problem.

“It’s frustrating, and it’s important the GPs and other staff can do their jobs,” he said.

“We are yet to see what will happen with the Whitchurch hospital site, which may or may not lead to a modern and truly fit for purpose health and well-being centre.

“In the meantime, at least, the practice has the opportunity to expand within the existing site.

Although there are some fundamental compromises, staff are able to focus on patient care.”

Ms Hughes raised the issue of the surgery to community group Whitchurch Partnerships and Communities Together (PACT), which she runs.

He added that his group was told by the health board the pods would use up car parking space, and that the expansion is not the decision the medical staff wanted to accept.

“This will be no good for disabled patients,” he said.

Julie Dyos, 69, a patient of Whitchurch Medical Centre, said parking was one of the biggest issues facing surgery patients.

“Fortunately, I don’t have to frequent the surgery as I’m in reasonably good nick, but it does a little longer now than what it used to.”

She added that she thinks the surgery’s problems have not been handled well by the health board.

“They’ve known the current building is not going to be suitable for years, so they should have taken some action before it became a crisis,” she added.

“The GPs down there and the nurses and the reception staff are absolutely first class, no two ways about it.

“I think I speak for all 11,000 patients when I say I would do anything to help them out and get them what they need.”

Julie Morgan AM said: “It is crucial that we get a solution because people’s health depends on it.

“I am pleased that now it appears that there is a possibility of a resolution in the near future which would mean a modular building on the present site directly linked to the current buildings.

“It has been a long time being sorted out and I know that the staff have been very concerned about the future.

“I hope the solution will please everybody. Longer term I know that the practice hopes to move onto the Whitchurch Hospital grounds to make that its permanent base.”

Cardiff and Vale University Health Board and the GP practice itself declined to confirm when the lease would be signed, or if the new build means the practice can support all 11,000 patients.

Ms Hughes added that overstretched GP surgeries is a problem other areas of Cardiff struggle with too.

“It isn’t just our surgery,” she said.

“There is a concern about getting GPs, retaining them, and how many are retiring throughout the city.

“Our concern is obviously about ours, but it’s part a greater issue.”