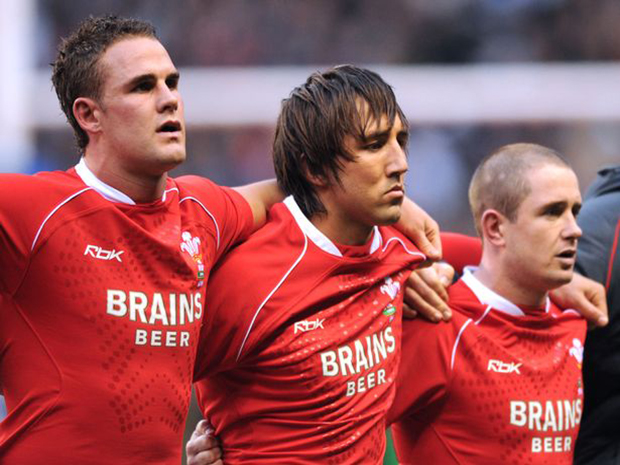 WAYNE Pivac will take his Wales side to Twickenham in the Six Nations this weekend with little more to play for than pride following a 23-27 defeat to France.

Wales now travel to Twickenham knowing if they manage to avoid three successive defeats, they can end England’s chances of claiming the title, should France beat Scotland.

Pivac travels to the home of English rugby for the first time as head coach on Saturday hoping for a similar result that Warren Gatland managed during his first game against England.

Gatland’s first match came in 2008 as Wales opened their Six Nations with a trip to Twickenham.

England raced into a 16-6 lead at the break after a try from Toby Flood was converted by Jonny Wilkinson, along with two penalties and a drop goal from the home side’s fly-half.

Flood’s try was one of only two tries Wales conceded in the entire tournament making Wales’ 2008 defence the strongest in the tournament’s history.

Wales could only muster two scores from the boot of James Hook in response.

It got worse for Gatland’s men after the break, with Wilkinson adding another penalty to extend England’s lead to 13 with an opening day loss looking increasingly likely.

However, an emphatic 13-minute spell from Wales turned the game completely on its head.

Two penalties via Hook’s boot brought the sides to within seven with 63 minutes gone, which he followed up with a dancing run and offload to Lee Byrne for Wales’ first try of the day.

Hook converted to bring Gatland’s side level after 67 minutes in what was proving to be a breathless spell.

Wales weren’t done there and continued to press an England side that were now making countless errors.

It was worked back out to Phillips who scored to complete an emphatic turnaround.

Hook converted to make it 20 points in 13 minutes and more importantly 26-19 to Wales.

Wales held on to make it a memorable victory, their first at Twickenham in 20 years.

Captain Ryan Jones after the game said: “Even when we were 10 points down we had belief in ourselves. We knew we were good enough.

“To turn England over in their own back yard is something special.”

The result held wider importance too as Wales went on to win the Grand Slam with a final-day victory over France at the Millennium Stadium, finishing four points ahead of England in second.