A former Labour councillor has blasted her own party’s campaign to get more women voting – after the “pink bus” came to Cardiff yesterday.

Siobhan Corria, who resigned her seat for Llandaff North last year, has criticised Labour’s campaign for revealing information about the event at short notice, and only to Labour party members. She also said timings of the day were unsuitable for people who worked.

Ms Corria resigned after reporting issues of “culture, attitude and sexism within the Labour party” to Welsh Labour’s general secretary David Hagendyk – who she claimed “failed to act”.

Harriet Harman MP, the party’s deputy leader, is touring more than 70 marginal seats across the UK in a pink 16-seater mini-bus, to front the “pink bus” tour. The campaign, also dubbed “Woman to Woman”, has been heavily criticised since launching in February, with the party having to deny the “Barbie doll” colour of the bus is patronising to women.

Ms Corria said: “Everything they [Labour] do reinforces the stereotype. If you wanted to hear from women in Cardiff you would not stage the event at a time when most women are working.

“They pat themselves on the back but it is just a photo opportunity. They only told me 24 hours before what was happening – and I’m a Labour member. There is clearly no way to get involved with the pink bus unless you are a Labour lovie, lunch, or have kids.”

“It is great to see Harriet Harman visit but I would have liked to have seen some much more creative ways with her campaign,” Ms Corria added.

Mrs Harman said: “We’ve had a very interesting discussion with women here at British Gas today. One woman who worked here said she was offered a promotion but she couldn’t take it as it wasn’t worth her starting earlier – as she had to pay for extra childcare.

“Childcare has been a very big issue. We are circling Cardiff in our pink bus to meet as many women as we can.”

In the afternoon, the bus rolled into Llanishen, where Mrs Harman knocked on doors on Fishguard Road with Mari Williams – Labour’s candidate for Cardiff North. The pair then spoke to parents and children at Coed Glas primary school before Mrs Harman left Cardiff at 3.45 pm.

Ms Williams said: “It was great to have Harriet here today as it is going to be a really close election with the Conservatives only winning by 194 seats last time.

“We found that women are juggling lots of things, especially in their family life, and want a government which helps them with this. They were concerned about the cost of child care and the NHS – issues which Labour will address.”

The campaign supplements Labour’s first separate “women’s manifesto” which will be launched in April. So far it has pledged: 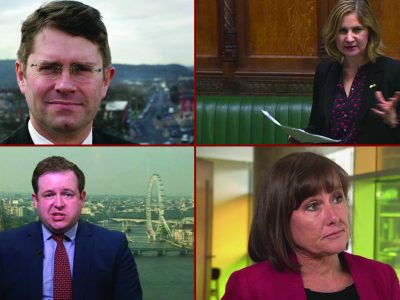 Doorbells, business cards and wallpaper: What has your MP claimed expenses for?
About Post Author